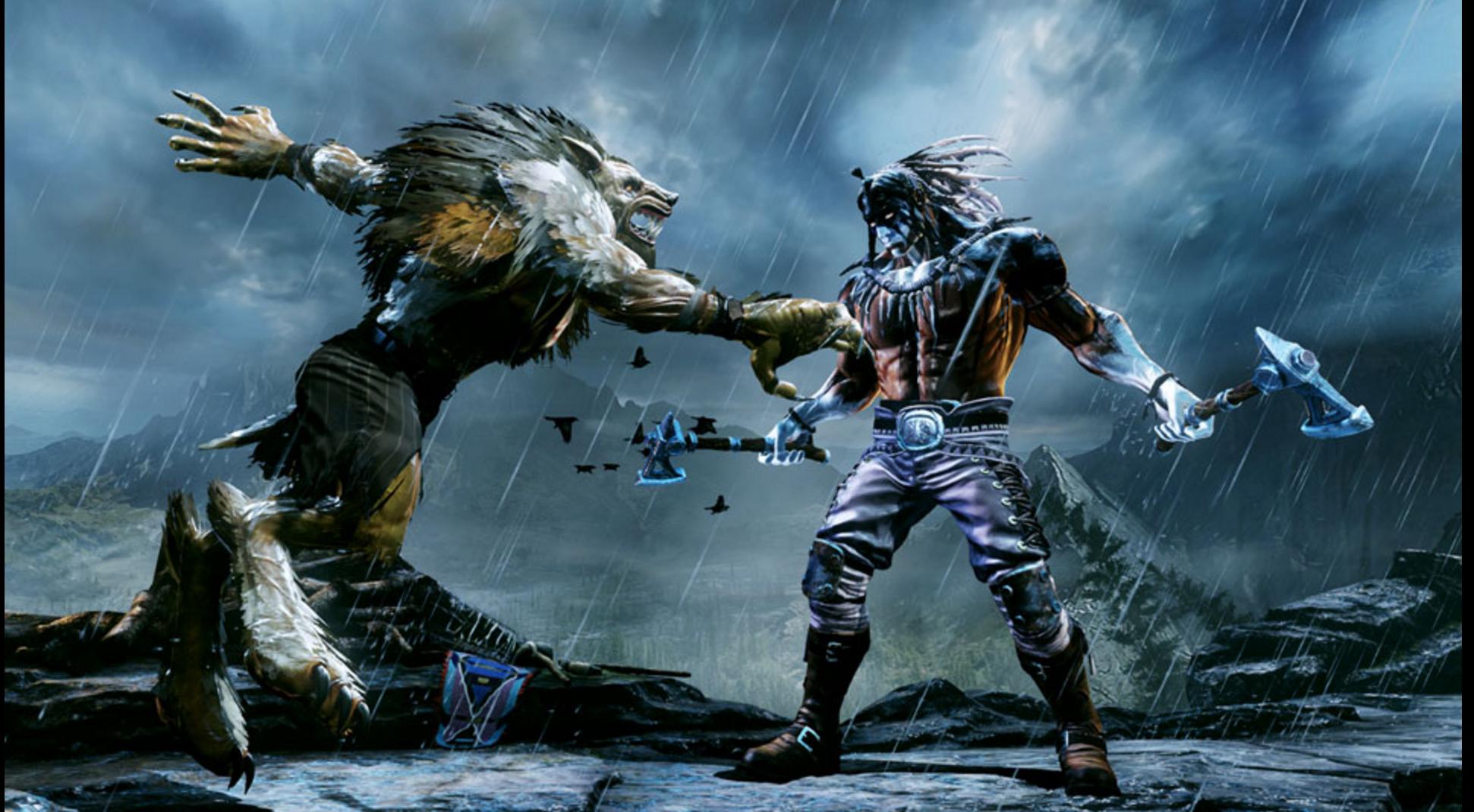 This weekend’s Killer Instinct World Cup will serve as the culmination of a year of hard work for the game’s best players. It will also serve as a celebration of the game’s passionate and growing competitive scene. What started as a fan-funded effort to get people to play the game has grown into a two-day event that will feature some of the best Killer Instinct play ever seen.

The KI World Cup’s beginnings are as grassroots as can be. Ultra Arcade co-owners Brandon Alexander and David Rubin saw that many of the game’s top players weren’t making it out to many major tournaments. Instead of simply talking about growing events, they decided to put their money where their mouths were. They created the KI World Cup and put $10,000 of their own money up for grabs. Microsoft soon came on board to up the prize pool to $30,000.

Interest in the cup grew throughout the year, as did the level of competition. Players who were known for their online exploits made the jump to offline tournaments, and several have quickly become regular fixtures at tournament finals. A growing number of players began to spend more time with the game and push it to new heights. And small-but-passionate international communities in places like France and Japan brought new approaches and new techniques to the table.

With so many great Killer Instinct players in action, it’s impossible to call out every single potential threat— especially considering that four players can make the field through Saturday’s last chance qualifier tournaments. With that in mind, I turned to some of the game’s best minds to help point out the players to watch this weekend. Here are just a few of the many names to watch this weekend, with contributions from, Brandon Alexander, co-founder of the KI World Cup, Adam “Keits” Heart of Iron Galaxy Studios, the lead combat designer for the game’s second and third seasons, and Rick “Rocksteady” Thiher, event manager of the KI World Cup

Ken “Bass” Armas, Ultra Arcade – Number one seed Bass is a master of Spinal, one of the game’s stronger characters, but you’d be wrong if you thought his character carried him to the top seed. Bass, who Keits called “one of [Killer Instinct’s] hardest working players,” has entered tournaments from Texas to Tokyo and nearly everywhere in between. He’s won more than his fair share, including victories at SoCal Regionals and NEC 16.

Darnell “Hollywood Sleep” Wallner, Flipsid3 – “He feels like our game’s final boss right now,”  Rocksteady said. It’s high praise, but it’s well-earned. Sleep, the second seed this weekend, seems to get a top three finish at every tournament he goes to. He’ll be riding a wave of momentum into the event as he claimed victories over the last two weekends at Kumite in Tennessee and Frosty Faustings.

Emmanuel “CD Jr.” Brito, The Steam Co. – CD Jr. was perhaps the game’s most dominant player in 2014. He won seemingly every tournament of note that year, including Evo. Between the rise of players like Bass and Sleep and a character crisis, 2015 has been a bit of an off-year for him… which, considering that he earned the third-seed at this weekend’s event, was still pretty good.

Paul “Paul B” Ramos  – Rocksteady called Paul B “a multi-character threat for any bracket he’s in.” The question for fourth-seeded Paul B isn’t whether he can compete with the game’s best, but rather if he’ll compete at all. His ability to make it out to San Antonio for the event is still up in the air. But if he does make it to the tournament, he can cause problems for anyone in his way.

Players off the radar

Jonathan “Rico Suave” DeLeon – “Under the radar” might be a strange way to describe the Evo 2015 champion, but he’s certainly gone off the grid since his win. Rico has entered few tournaments since his Evo win, instead choosing to focus on streaming and training up his Shadow Jago. While he hasn’t been as battle-tested as of late, Alexander believes that sixth-seeded Rico “will put that character on display at the KI World Cup.”

Deion “Thompxson” Thompson – Killer Instinct’s netcode has been lauded as one of the best in fighting games. Training primarily through online play is a viable option for Killer Instinct players, and there are few examples of this better than Thompxson. This weekend’s number 10 seed, Thompxson had long been known as a talented player online, but his second-place run at Kumite in Tennessee—including wins over Sleep and CD Jr.—proved that he can compete with the game’s best in any setting.

Bastien “Bastfree” Bernard – The international players might be low in quantity, but they certainly won’t be low on quality. France’s Bastfree can cause problems for much of the bracket thanks to an Orchid that Keits called “out of this world in terms of setups and pressure.” His skill has earned him the number seven seed at this weekend’s event, which would lead to a potential marquee second-round match against Thompxson.

Larry “LCD” Dent III – When asked which players were under the radar, eighth-seeded LCD was the first name that popped into Keits’ head. “He got fourth at EVO and is a remarkable player,” he said, “ but he isn’t seen at too many online or offline events lately.  But I’m sure he is in practice and ready to destroy people.”

Chi-Man “KI4Life” Cheung – KI4Life is one of (if not the) strongest players from The Netherlands. His second-place showing at Red Fight District shows that he has the talent to make a deep run. He’s also had success on American soil, and is one of two European players to finish in the top 32 at Evo 2015.

Keyshawn “Cupcake” Johnson , Critical Reaction – Cupcake is one of Alexander’s picks who can make a run in the main bracket should he win a last chance qualifier. He’s a regular fixture at the top of the standings at 8Bit Beatdown, an online tournament series, including a third-place finish at the recent second season finals.

Rick “Rocksteady” Thiher – Rocksteady’s role as event manager at the KI World Cup means that his first, second, and third priorities will be making sure that the event runs smoothly. But if he does get a chance to play, Alexander believes he’s talented enough to make a run. He reached the last 16 at Evo 2014 and fell one loss short of equalling that feat in 2015. Since then, he’s picked up top eight finishes at SoCal Regionals, Youmacon, and this past weekend’s Frosty Faustings.