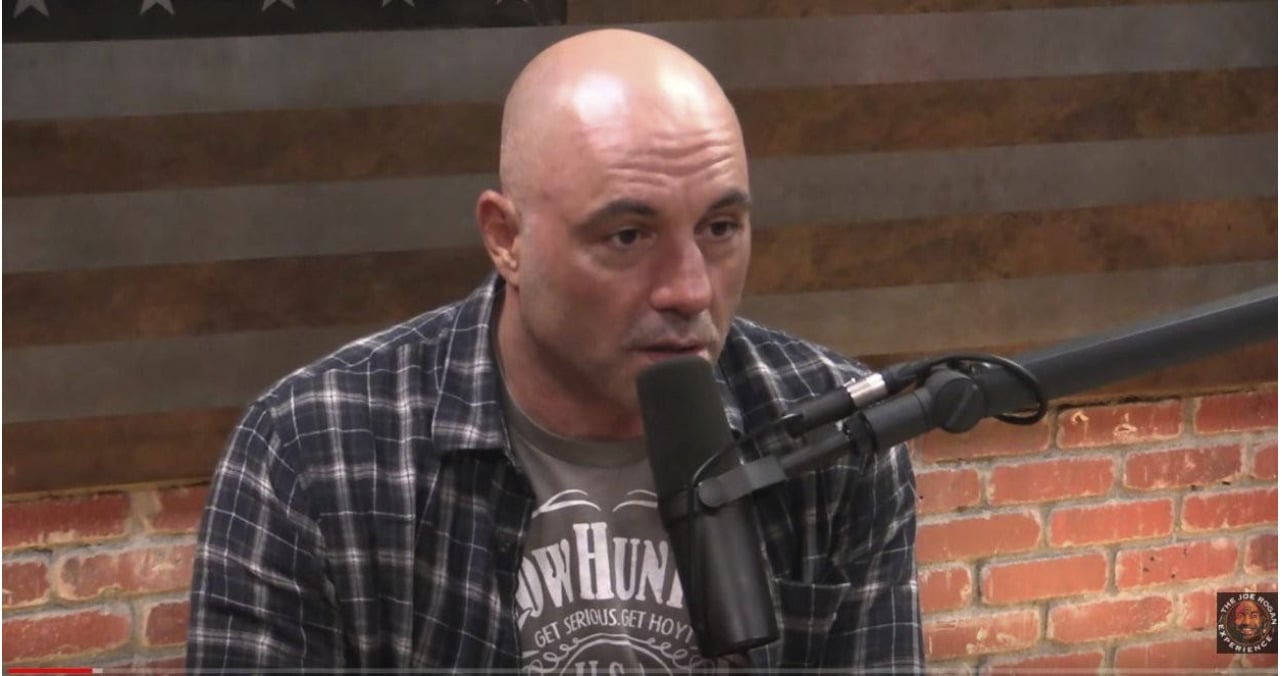 Joe Rogan drew plenty of criticism for his recent comments on gaming—but he may be more right than we realize.

During a conversation with Joe De Sena on the 1,514th episode of the Joe Rogan Experience, Rogan suggested video games are dangerous. They present an illusion of progress, he said—an intensely enjoyable yet fleeting sense of achievement. They are, he implied, a waste of time.

He never fully backs up this claim, in part because he, as usual, is talking casually with a guest (a Roganism if you will: receive fierce backlash for a comment said only in passing.) Yet as a massively influential figure in popular culture, his comments are magnified.

But while Rogan didn’t take the time to clamp his position with empirical evidence, what he highlighted may be part of a much larger issue, one that will have long-lasting mental-health implications for young people today.

Does Gen-Z have a gaming problem?

“Video games are a real problem,” Rogan said. “You know why? Because they’re [very] fun… you do them, and they’re real exciting, but you don’t get anywhere.”

Gamers sharply repudiated Rogan’s comments. And in a nutshell, the rebuttal came down to this: in 2020, many people do make a career from gaming. After all, the industry can be monetized by Tom, Dick or Sally through live streaming on platforms like Twitch and YouTube. You don’t need to have tens of thousands of concurrent viewers to survive. Some monetize their talent by playing games competitively; thousands more organize events, create marketing material, and manage community outreach.

Dedicated sites like Hitmarker Jobs and ReKT Jobs advertise thousands of gaming and esports roles worldwide. Not only is a career in gaming (and by extension, esports) viable, it is one of the foremost burgeoning industries in the world—particularly in North America and Asia. Securing employment in the industry now may in fact be prudent.

Furthermore, what’s wrong with having a hobby?

These are all good points. Careers in gaming are of course far-reaching and commendable. But not only do Rogan and De Sena acknowledge the industry’s potency two minutes later (something not seen in the viral clip), they are discussing gaming contextually. Specifically, he and De Sena were discussing how people need to struggle—particularly young people. Without hardship, they argue, people don’t learn to strengthen their character by overcoming adversity. Rogan describes the benefits of accomplishment through adversity as “irreplaceable.” De Sena adds eloquently: “Kids need to do hard shit.”

But what does this have to do with gamers today, and why is it so important?

In psychology literature, there is a related concept known as “delayed gratification.” Delaying one’s gratification means to temporarily abstain from something our needy, pleasure-oriented brain wants. To use an example, instead of eating a cake the moment you lay eyes on it, it might be better if you studied for an hour or went for a jog first. By refraining from eating the cake right away, you’ve delayed your gratification, and in the process, you’ve strengthened other mind-muscles like patience and self-control.

Here’s why it’s important: the thing you want—whether it’s cake, coffee, your Xbox, or the notifications tab on Instagram—is almost always immediately pleasurable, yet not necessarily always helpful. The deference of one’s immediate, fruitless desire (eating cake) in favor of longer-term, fruitful reward (productive exercise or study, then cake) improves self-regulation. Controlling impulses helps stiffen willpower and improves your ability to endure short-term stress, which is, according to scientific literature, essential for success and happiness.

Ironically, the more disciplined we are, the freer we feel. But why is this so pertinent for adolescents today?

Young people have a symbiotic relationship with technology. Smartphones, computers, social media, games consoles—these things have all become second nature. Academic research shows these new-age stimulants trigger the same pleasure pathways in our brains as alcohol, caffeine, sugar or cocaine and are often referred to as behavioral addictions by researchers, which are akin to substance addictions to a surprisingly large degree. That’s why playing Warzone until 3am feels so great.

But unfettered indulgence in technology has mental-health implications, and young people are clearly using technology now more than ever. If we know that delaying gratification breeds positive psychological outcomes, what do we suppose unfettered pleasure-seeking behavior does to us? Simon Sinek, popular author and motivational speaker, summarizes this perfectly.

“You [now] have an entire generation that has access to an addictive, numbing chemical called dopamine through social media and cell phones as they’re going through the high stress of adolescence…when significant stress starts to show up in [young people’s] lives, they’re not turning to a person, they’re turning to a device.”

Gaming can and should be graded alongside social media and cell phones in this sense because it’s the same thing. In short, people—especially young ones—need to earn mental fortitude through labor (literally or metaphorically). That way, they get used to it and develop coping mechanisms for stress. As it stands today, millions of young people are in lockstep with their pleasure-principle through gaming and technology. They access bottomless short-term pleasure and have fewer reasons to inflict short-term adversity on themselves—even if it would ultimately do them good.

Of course, droves of young people are grinding to carve careers in gaming, and are flourishing through adversity in turn. But millions of people now have the option of doing nothing but playing video games and scrolling through social media when things get tough. Historically, that’s a new problem.

Patience, self-control, exercising willpower—this vital quadrant of the human psyche may be being neglected by a generation of people through no fault of their own. These crucial regulators of long-term mental health are under siege.

Causality is not established in either study, but a relationship between new tech and negative mental health nonetheless exists and is most likely reciprocal: young people resort to technology to cope with stress, and technology overuse causes stress. According to a technology and mental-health report from the OECD, early intervention for mental illness is crucial for minimizing developmental effects. This means the abuse of addictive technology in one’s early years may be highly damaging, and may also have long-term implications. Helping young people regulate their technology use, including gaming, may be vital for their long-term mental health.

When done responsibly, gaming can be an incredibly rewarding form of escapism. Esports like CS:GO and League of Legends are as legitimate as any traditional sport. But perhaps Rogan was right: gaming is at least part of a bigger challenge young people face today. How we navigate the mental-health implications of technology overuse will define the trajectory of a generation.