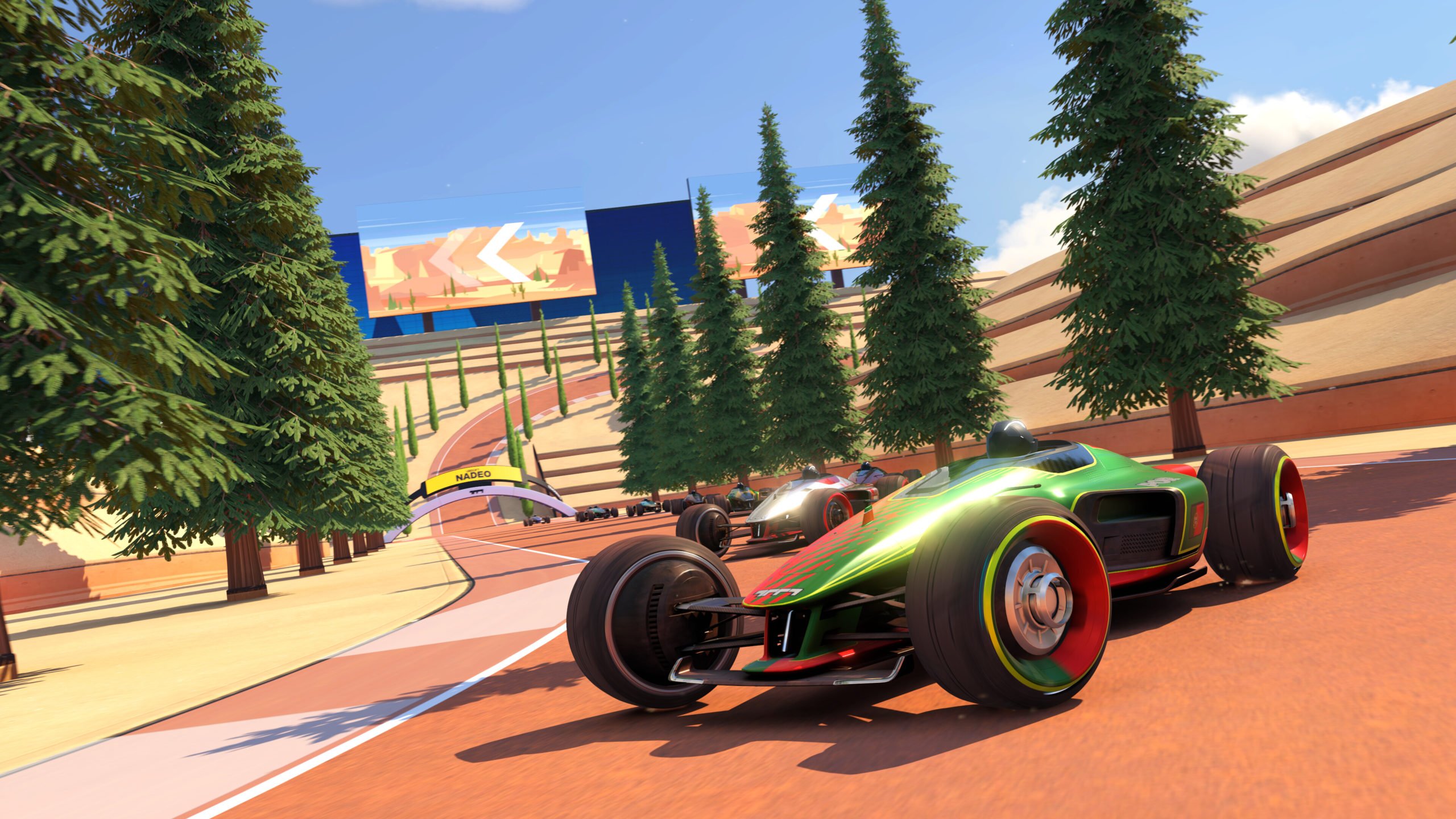 Unlike other racing games that focus on collecting cars, crashing into other opponents, or keeping a close eye on your vehicle’s vitals, Trackmania focuses on time trials, challenging the player to earn medals and edge out other racers’ times. A huge draw of Trackmania is the variety and number of tracks available, as well as the track editor used extensively by its large community.

Trackmania is available either through the Epic Games Store or through the Ubisoft store on their Ubisoft Connect platform (formerly known as UPlay), with a variety of purchase and play options for different levels of spenders.

Yes, Trackmania has a free-to-play option, called Starter Access. With Starter Access, players can play on 25 new maps every season, either solo or multiplayer through Arcade. They also get access to a single Arcade room that changes every hour, rotating through various community creations.

Starter Access players can also access the basic car skin, replay, and track editors to create their own creations.

What do you get for paying for Trackmania?

There’s also Club Access, which costs $30 for a year, but dedicated players can get a deal by buying three years for $60. Club Access lets players create or join an unlimited number of private or public clubs. With that, they can create club activities, host rooms, and play exclusive club maps and campaigns. Everything offered in Starter and Standard Access is included with Club Access.

What versions should I get?

If you’re new to Trackmania, then Starter Access is easily the best place to start. This lets you get a feel for how the game works and what kind of content is available. If you want to see some more content after that, then Standard Access is definitely the way to go, dramatically multiplying the amount of maps and arcade rooms you can access. If you feel this is going to be your primary go-to game for the foreseeable future, then you should consider Club Access.