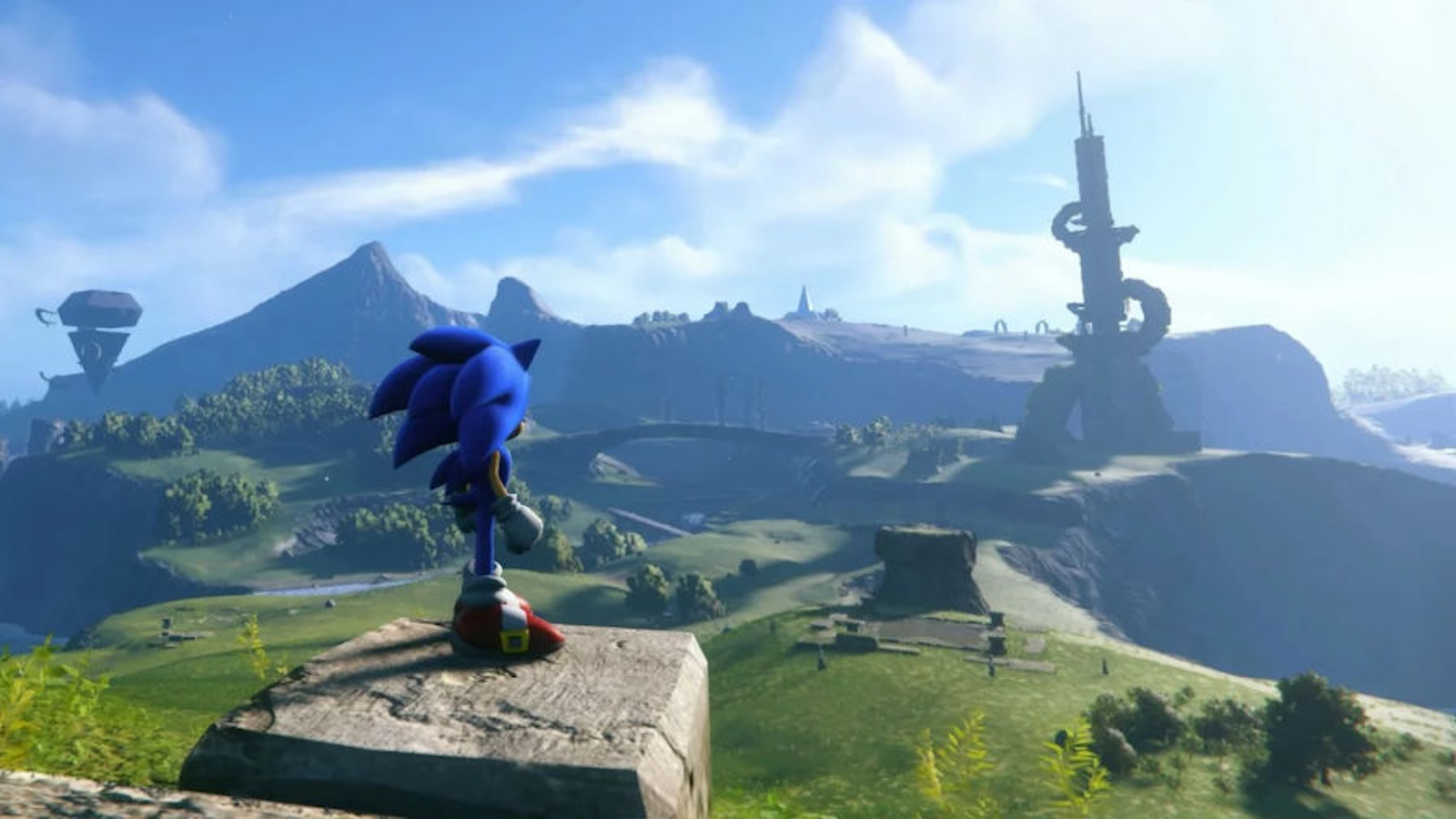 Sonic Frontiers is coming up fast on our tails, and of course Sonic fans have been itching to know everything about the title and whether the franchise follow-up is open world. SEGA said it wants to make a new game that “breaks away from the mold and achieve new things.”

But really, what does that mean?

Here’s what we know about the Sonic Frontiers world so far.

Fans of a traditional linear story might be disappointed with the new Sonic Frontiers release by SEGA, considering the new title will indeed be somewhat of an open world game.

The Sonic devs have confirmed the next title in their epic and long-running franchise will be open world, slightly stepping away from the traditional linear titles that came before it in a bid to breathe new life into the series.

Before you get too excited, there is something to point out: the game has open world elements, it is not entirely open world, nor entirely linear.

Frontiers appears to be sticking to an open zone area format, keeping linear story-telling but adding open areas for players to traverse.

Developers told Dot Esports they were continuously hitting a wall by sticking to the linear format. They found the need to improve and implement new ideas into the game important, however they believed linear gameplay was limiting.

By making Sonic Frontiers an open world game, the creators are aiming to innovate a title that’s been developed countless times.

The devs also expressed their eagerness to tackle a challenge previous teams couldn’t achieve, stating in a Gamescom interview with Dot Esports that “even for Sonic Adventure and all the past games, they have never really made this 3D like open zone area, [with] a kind of open space where you could run around.

Are there collectibles and puzzles in Sonic Frontier?

There will be collectables as players navigate through the Sonic Frontier story. However, the real collecting begins as you explore the outside world. Puzzles and challenges will be available, providing reasons to step away from the story and tackle difficult areas outside the games main focus.

In the main story, players will collect portal gears, take down the Guardians, and run around the five Starfall Islands.

Frontiers looks like it’s going to be a title fans remember for years to come.