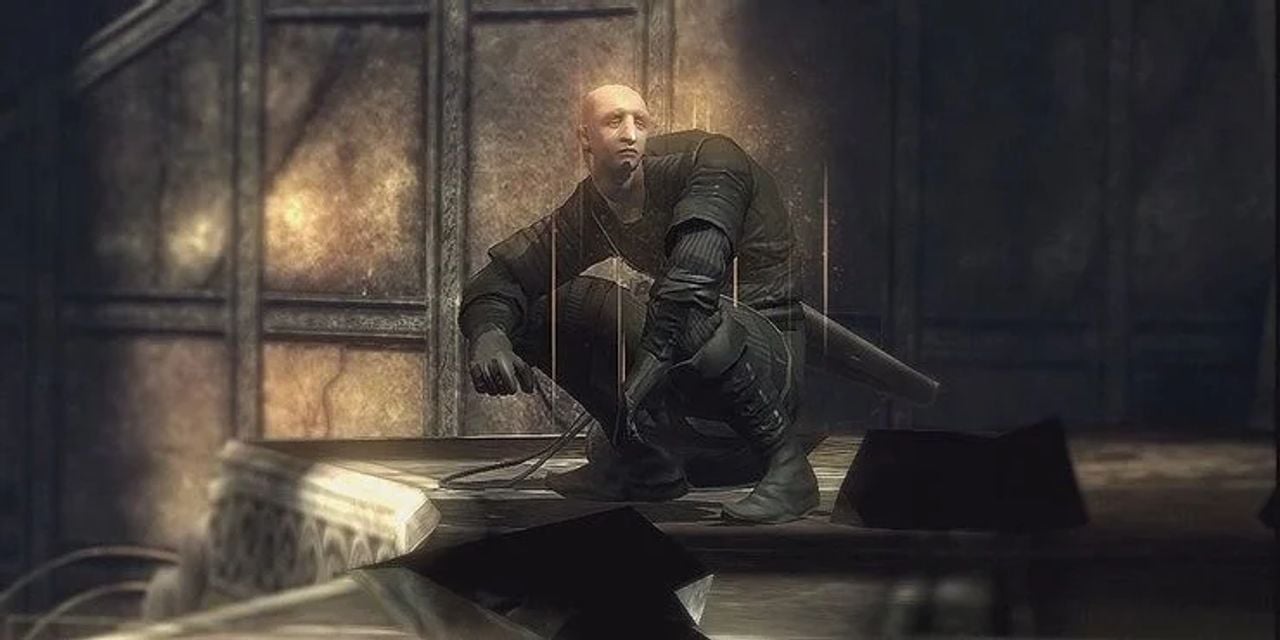 With the recent release of Elden Ring, one of the questions that run through the minds of longtime FromSoftWare fans stems around the topic of Patches, and if he will make another appearance.

Patches, the loveable scumbag known for his deceit and shady antics, has become a staple in nearly every FromSoftware video game. Ranging from his inclusion in the Dark Souls series all the way to Bloodborne, Patches has taken multiple forms throughout the various games.

From the grotesque man-sized spider with a human head in Bloodborne to a normal con artist in Dark Souls, it seems that no matter what FromSoftware creates, Patches will find a way to sneakily make his way into every game designed by Hidetaka Miyazaki, whether we like it or not.

With the recent release of Dark Souls’ spiritual successor, Elden Ring, many fans of FromSoftware’s games wondered if this recurring character would appear in Miyazaki’s newest title.

Some questioned whether this greedy trickster would be able to canonically appear in Elden Ring due to the Dark Souls world taking place in an unrelated universe from Elden Ring. Yet, with a character who has a near-perfect attendance in all of FromSoftware’s games, it would feel weird if Patches did not make another appearance in their newest title.

Is Patches actually in Elden Ring?

Well, for all the Patches fans out there, the answer is yes! The recurring FromSoftware NPC has managed to continue his ways as a merchant and optional boss fight in Elden Ring as a field boss. Patches can be found at the end of the Murkwater Cave where players will need to open a chest should they want to trigger a fight with him.

This fight to make him a boss is completely optional for players, but given his extensive trope as the character trying to kill the main protagonist in some fashion, it is likely you want to continue that tradition in Elden Ring. And even in a different universe, Patches will be by your side, ready to try and deceive you. Still, when that time arises, you cannot help but smile after yet another unsuccessful attempt.
Elden Ring is available on Playstation 4 and 5, Xbox Series X/S, Xbox One, and PC through Steam. Since its release, Elden Ring has shot up to become Twitch’s most-watched game in just 24 hours as the platform’s most popular streamers have helped the game reach a combined 7 million watch hours. With numerous hours of gameplay at the helms, that number is expected to rise.