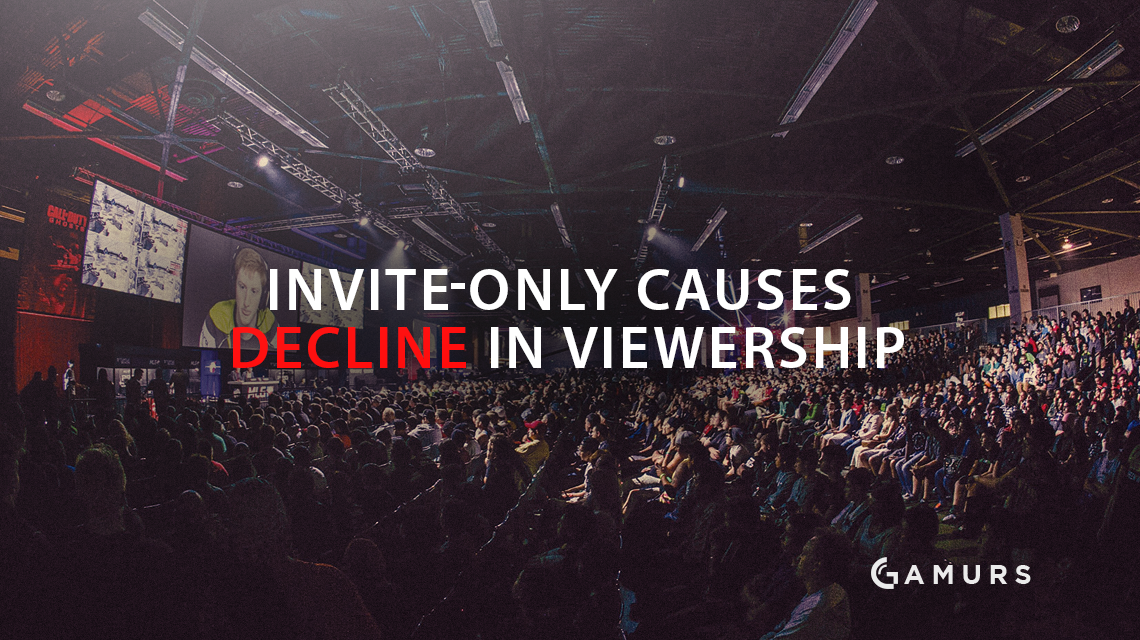 One of the biggest pulls ofesports is watching people achieve what we never thought possiblein a game. Seeing new and innovative things makes the viewingexperience fun, more appealing and increases its longevity. Peoplecan only stand seeing the same thing over and over before itbecomes too boring to watch.

A big issue with esportsrecently is games are organizing mostly invite-only tournaments.While this seems like the obvious choice from a competitivestandpoint, the viewership is taking a hit. Sure, it can be fun towatch the top two players battle it out for a title, but after awhile, you start seeing the match-up again and again and againuntil it all starts to look the same. Some games are better atpreventing this – CS:GO is a prime example, due to the maps beingplayed out differently every single time. Others, like Hearthstone,have the same decks battle it out with generally the sameresults.

Hearthstone is probably thebiggest offender of this, with even big personalities speaking outabout it. “Watching Thijs and Firebat play against each other withboring meta decks won’t bring as many viewers … while Unknown Guy#1 playing against Unknown Guy #2 with innovative, fun non-metadecks makes for great viewer numbers,”said Hearthstone casterKripparian. I completely agree. I enjoy myself much more when Iwatch interesting decks as opposed to the usual meta-slavedecks.

Open events in esports areunderrated because they are the grounds for off-meta play withunknown faces. For example, in an open League tournament, you aremore likely to see junglers outside Gragas and Rek’sai playedby a player who you might have never heard of before in a style youmight have never seen before. Scenarios like this might open theeyes of the community to a new style that might be stronger thanone currently in use.

A scene that hits home on thistopic is the Smash Bros community. Just about every tournamentoutside of a select few are open, resulting in seeing new facesconstantly. I have been an avid spectator of the Smash communityfor a couple years now and I am seeing new faces pop up and upsettop players daily. Open weekly and bi-weekly tournaments bring newplayers everyday that almost always bring a fresh take on anexisting strategy. Not to mention, Smash Bros Melee has been anesport for ~15 years, and they are still discovering new thingsabout the game.

It is always great to see anunderdog beat a top player because it gets everyone thinking ontopics like, “what did he do to beat that strategy?” or“Why would he play x over y?” and “What should Ido to counter this new strategy?” Discussion like this growsa competitive scene allowing more diverse gameplay, resulting in abetter overall viewing experience. Things start to get stale if yousee the same style of game played out over and over throughout themonths. You don’t even need new players to revolutionize themeta. Top players in Smash play C or even D tier characters andblow-up other top players on S tier characters.

One of the issues seen withhaving open tournaments, however, is pros get tired of stompingthrough inexperienced players in order to get to the better gameslater down the road. On the other hand, some pros say things like“If you get tired of playing the game, you’re notplaying to improve.” In my opinion, they are right. Youshould always be playing to improve, whether you are playing aworld champion or Frank the Accountant. This was a big discussionin the Smash community for a while. Pros were even asking if theycould just skip pool play entirely, basically guaranteeing them aspot in top 32/64/128. Pros lose in pool play all the time, so howwould this be fair? After a lot of discussion, they decided to keepopen tournaments as well as pros playing in pool play, and I thinkthe scene has grown because of it.

At this point, the best thingthe community can do is to show our concerns for a potential lullin the competitive scene. I am by no means saying that competitiveesports will die if we never have open tournaments, but itisn’t necessarily a bad thing to allow lesser talent a chanceto prove themselves. You never know what things you can learn justfrom observing a new playstyle. I have not seen any negativerepercussions from having them besides a potential burnout of aplayer. However, if a player is burning out, they were likely donewith their career anyways.

What are your thoughts on open events? Do you think they shouldbe allowed and publicized more often? Let us know in the commentsbelow or on Twitter @GAMURScom.