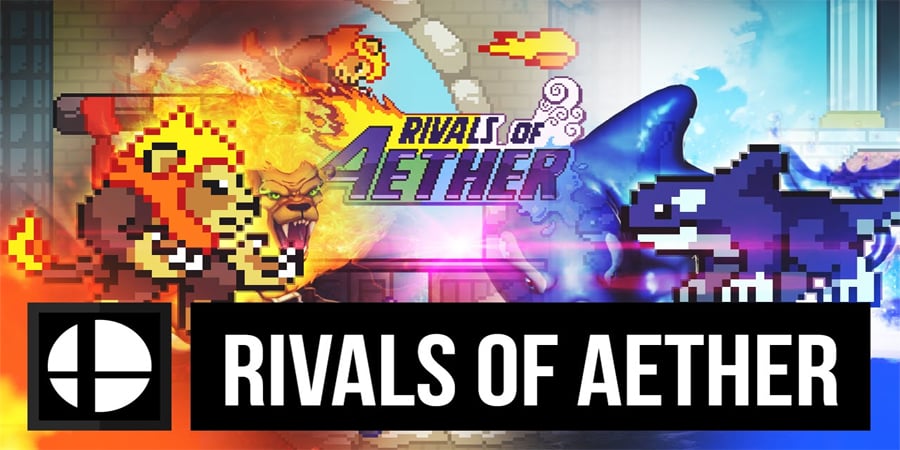 Image courtesy of The Smash Cast

I had the opportunity to ask Dan Fornace, head of the dev team for upcoming fighting game “Rivals of Aether”, a few questions regarding the competitive viability and future of the aforementioned game. Fornace was previously apart of the team that worked on recent Xbox One game, Killer Instinct. For more information regarding the game you can visit their website, here.

If you had to describe the game to someone who has never played something similar (i.e. Smash Bros), what would you say?

Fornace: Rivals of Aether is an indie fighting game that is built around quick movement and flashy combos. You and your opponent navigate the stage while using your elemental powers to give yourself a positional advantage. After racking up damage by hitting your opponent, you can launch them off the screen for a KO. KO your opponent enough times, and you will walk away the victor.

Do you see a future in a potential competitive scene, similar to that of other fighting games?

Fornace: Definitely. Rivals of Aether is balanced around competitive 1v1 play. Each Rival in the game has their own distinct playstyle, but each player can play their Rival differently. For example, you could play aggressively as Orcane or you could use his water-based puddle to play Orcane as a trap character. We hope to appeal to some of the smash pros as well as people who are looking for a new competitive game to sink their teeth into.

Is there any intention to support a future competitive scene as the dev team or will you just let them run wild with their own imagination?

Fornace: We would love to support the competitive scene. But right now we are an extremely small team so our scope is limited. We definitely have ideas on how we could help out such as tournament settings in the options and default stock/stage rules. We also want to work with the competitive scene to influence the final product. For example, stage striking is pretty big in Smash Bros. If it becomes important in Rivals of Aether tournaments, then we would aim to build it directly into the UI. We don’t want to force rules upon the players but we would definitely try to work with the players to shape the game.

If you do intend to support them, to what extent and what do you hope to do?

Fornace: Some answers above. We will also look at promoting tournament organizers and content creators to make sure their hard work is seen.

You formerly worked on the Xbox One title Killer Instinct, how would you compare the two games in terms of skill gap and competitiveness?

In both KI and Rivals of Aether, one of the main goals of the design is to enable players to perform long and satisfying combos without putting a ton of time into the game. This is to help hook the players into the competitive aspects and get the adrenaline flowing. But as players improve in both games, they begin to find that the combos aren’t are free as they thought. In Killer Instinct players uncover Combo Breaking, Counter Breaking and Manuals to change up their combo game. In Rivals of Aether players learn how important Directional Influence (your ability to adjust your knockback) and your single Air Dodge become to breaking out of a combo and possibly turning the tides. You then have to read your opponent to keep the combos long and each decision becomes that much more important.

Both KI and Rivals of Aether can be seen as more accessible than some of their competitors. We want to make sure players are battling each other, not the game or the inputs. In Rivals, there are not too many situations where you can’t move or attack the way that you want. But your opponent has the same freedom. Each choice is just as important as the technical skill to perform it.

Anything else you’d like to say about the game and the developer team?

Fornace: Check it out on PC and Xbox late this year! And vote for us on Steam Greenlight later in June!