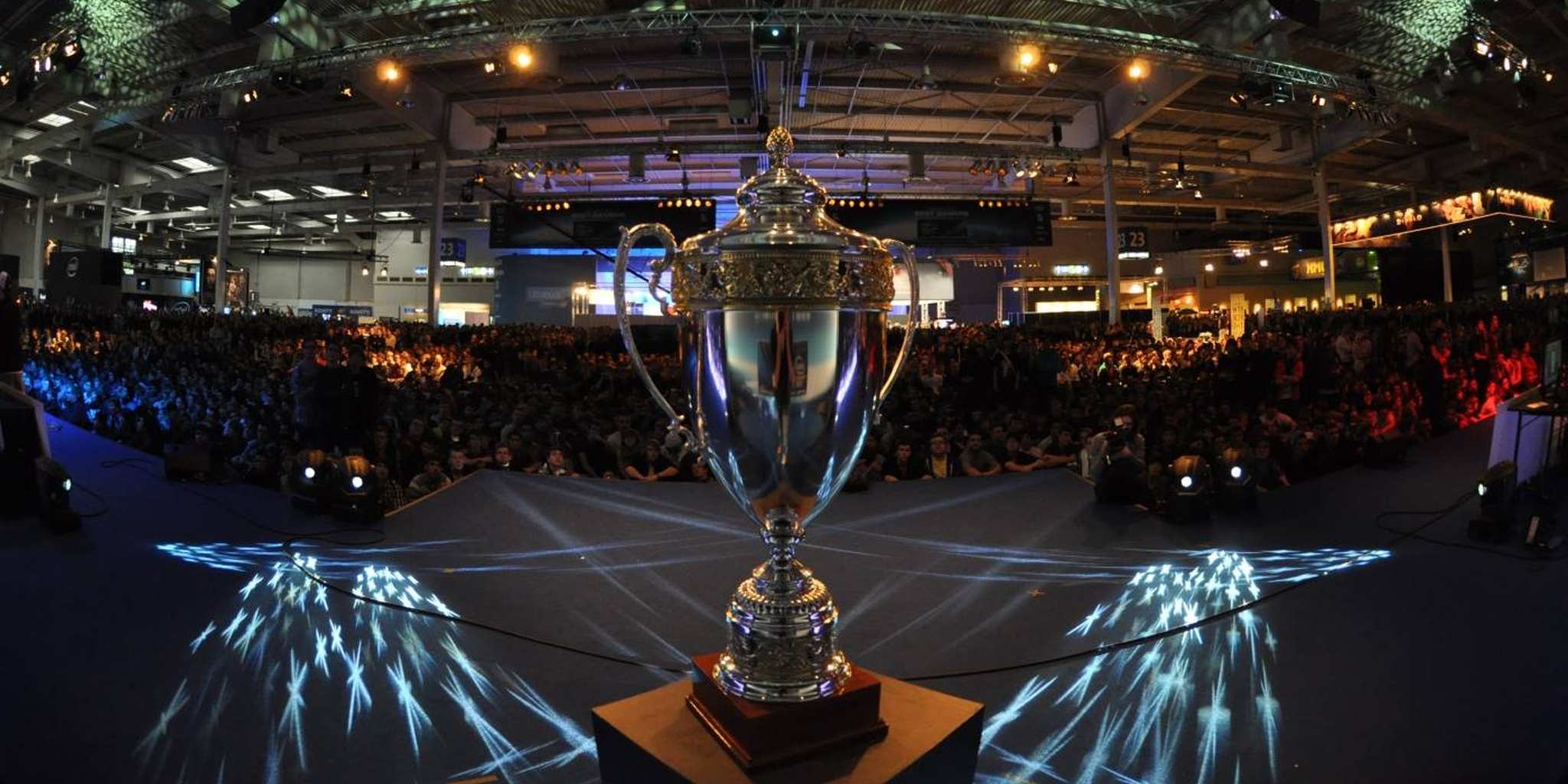 One of the biggest esports tournaments in the world has a plan to get your attention. Earlier today, Intel Extreme Masters (IEM) announced a StarCraft 2 championship tournament with a prize pool of $100,000. The tournament, which will take place at their Katowice, Poland event in March, comes with one catch: The winner takes home everything. The losers get nothing.

The decision has been the subject of much controversy and attention already—exactly as planned.

“We got together the IEM team very early on last year and decided that we needed to be different to stand out from the crowd of tournaments now in play,” said Paul Chaloner, head of media at Electronic Sports League (ESL), the company behind IEM, and the man behind the winner-take-all idea. “Thats how we started brainstorming. This was one of many we discussed and finally settled on.”

James “Kennigit” Lampkin, a product manager at IEM’s parent company, Turtle Entertainment, called the move a “risk,” but said that, with the increasing competition StarCraft faces in the esports landscape, such risks are necessary.

The gamble will pay off if it gets more people to watch.

Will a $100,000 prize make many headlines at a time when League of Legends and Dota 2 teams compete for prizes of $1 million and more? It’s important to remember that those prizes are distributed among teams and are provided by game publishers, the richest players in the esports industry.

However, even in StarCraft, publisher Blizzard gave out a $100,000 first place prize to the winner of last year’s World Championship Series. This IEM prize pool isn’t a record-breaking number. But it is clearly an attention-grabbing one.

At this year’s IEM championship, StarCraft 2’s prize pool is beaten by League of Legends, Dota 2, and Counter-Strike: Global Offensive. Chaloner and his colleagues believe they have to be creative to get the attention the tournament needs to succeed.

This new format is in striking contrast to the usual structure of IEM, which pays out 16 players, almost all of whom have flown in from around the world to compete. For every other event this year, and for much of its recent history, IEM has boasted one of the most equitable prize distributions of all esports tournaments. At last year’s IEM championship, every single player got paid something in prizes.

Reaction from the esports community has been mixed.

collusion to split the prize is likely, but it doesn’t really matter to IEM as long as they can sell on the outside that its winner take all

Some wonder if players will secretly split the prize money. Moreover, there’s no way for IEM to track the money once the tournament ends.

For many IEM staff, prize splitting is just another risk worth taking.

“I don’t think it’s as likely to happen as some people suggest,” Chaloner told the Daily Dot.

“I can’t see MC sharing a prize with Naniwa, for example. But what the winner does with his $100,000 winnings is up to him really.”

“Is it a bit nuts?,” Lampkin asked. “Yes. Have we put a lot of thought into what could happen and expect we will still be surprised after the final is over? Yes. And that is exactly why we are doing it.”

Chaloner and Lampkin seem to agree that while prize splitting is a possibility, collusion is hardly a given.

But critics also worry that the move move will cut off an important source of financial support for player development at a time when StarCraft 2 needs it badly. Many professional StarCraft 2 players aren’t salaried, and couldn’t afford rent if not housed by their teams. By paying only the winner, every other player not of championship caliber has that much less support going forward.

For some critics, a top-heavy prize structure is a recipe to lower the overall quality of play in StarCraft.

In the wake of the announcement, fans have widely shared a two-year-old blog by IEM’s own manager, Michal “Carmac” Blicharz, which voices a similar concern. In the 2012 post, Blicharz claims that the StarCraft middle class is “dying” because they can’t afford to play.

“But the middle class are the most important group of players,” he wrote. A champion “won’t play any better than he does already if you pay him twenty times more than he earns. He will play many times better if the number of players that challenge him on an everyday basis (in tournaments and in training) gets multiplied.”

Blicharz continues by imploring industry figures to to find ways to better pay the StarCraft middle-class. And he specifically mentions splitting up prize pools in a more equitable fashion as one such solution.

Of course, the situation from 2012 has changed. Today, Blizzard’s World Championship Series (WCS), the biggest tournament in StarCraft 2, provides prize pools that simply didn’t exist two years ago. The WCS allows IEM to be “bolder,” says Chaloner, “without fear that it would harm the community.”

We’ve tried to be as ecosystem-friendly as possible for years. WCS does that now. Time for this one #IEM event to be a SHOW.

@AdebisiSC no one stood there screaming it was good when *every* player in attendance got $600+ at #IEM.

@AdebisiSC @mbCARMAC is it really better to have 12 players make $600 than it is to change one player’s life?

“We’ve supported the ecosystem for years with IEM and other ESL tournaments giving away millions of dollars to help support the pro circuit,” Chaloner said. “We also gave away $125k in 5 stops this season and paid for dozens of flights and hotels. Out of all Western tournament organisers ESL is the one with the largest number of unique players that received prize money from us. IEM paid out to places one through 24 in Season Seven and one through 16 in Season Eight.”

Chaloner, who said that this prize structure is a “one-off decision,” staunchly defended the move.

“For me that means seeing the bigger picture,” he said, “reaching eyeballs we haven’t previously reached and having a $100k winner takes all tournament in front of a huge live audience in the Spodek arena is something the mainstream press will be excited about.”

If just one person is turned on to StarCraft to see “what the fuss is about,” Chaloner said, then the plan has worked.

But what if the plan that turns one person on to the game also turns another off in turn? Sure, $100,000 is a life-changing amount for the winner, but is losing out of $10,000 for third place a similarly life-changing moment for the loser?

With the $100,000 announcement made, all eyes turn to the mainstream press, which doesn’t normally bat an eye at esports. Will non-gaming outlets talk about IEM and StarCraft now? When the tournament finally kicks off on March 14, will the eyeballs justify the gamble?

For the conjecture and guesses we have at this point, the numbers will tell the tale in March.