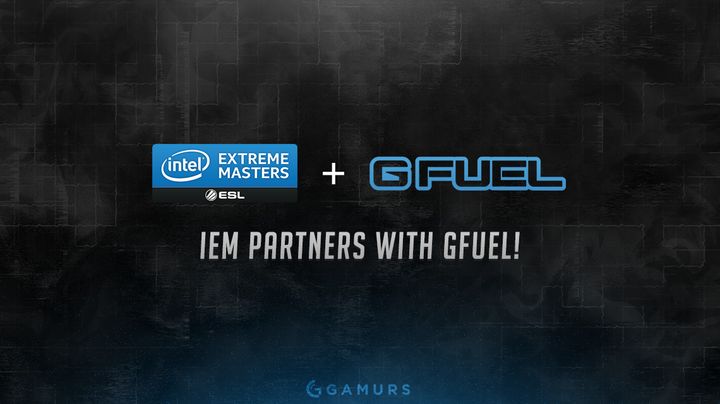 Today, IntelExtreme Masters announced their partnership with GFUEL for IEM Season 11, as well as their ticketsales for IEM Oakland, which will take place at the Oracle Arena inOakland, Calif. on November 19-20.

We are happy to announce that @GFuelEnergy have entered into a partnership with us for #IEM Season 11! pic.twitter.com/NFLjqdJjuA

This is one of GFUEL’sfirst moves as they aim to solidify their status as “TheOfficial Energy Drink of Esports” by expanding out of justconsole esports. Since IEM represents PC games such asCounter-Strike: GlobalOffensive,League of Legendsand Starcraft 2, GFUEL will reach an extremely largeraudience.

The deal includes, but is notlimited to, GFUEL havingsponsored booths and product sampling at stops throughout IEMSeason 11.

For IEM Oakland, the Early Birdtickets will go on sale on May 23 for $135 for Premium Passes, $35for Weekend Passes and $150 for Team Passes.

Weekend Passes come with acollectible wristband and a signing session with pro players. TheTeam Pass is five Weekend Passes for the price four.

What are you thoughts on the IEMand GFUEL partnership? Do you think GFUEL will continue to grow?Are you planning on attending IEM Oakland? Let us know in thecomments or on our Twitter – @GAMURScom