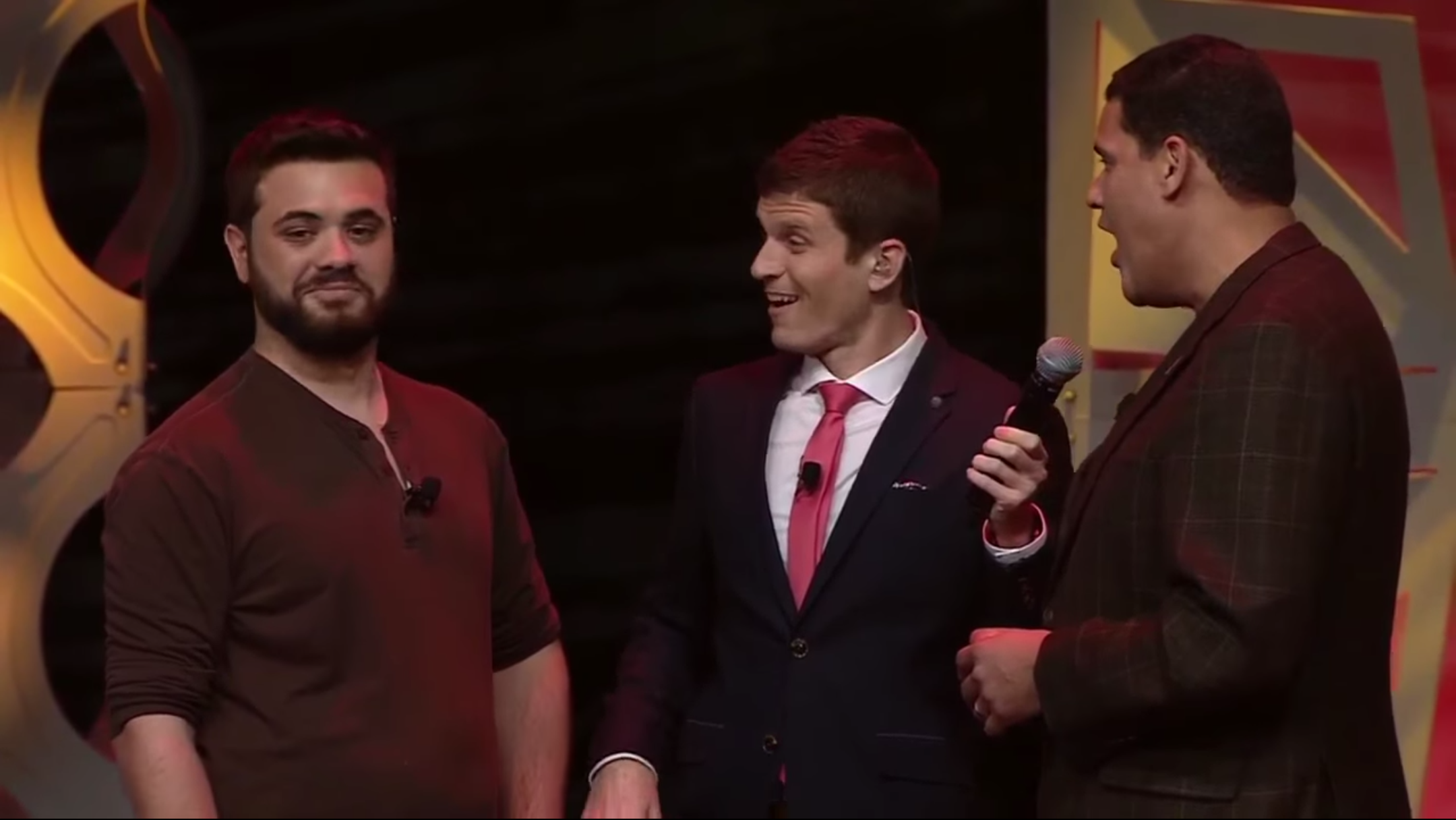 Reggie Fils-Aime, President and COO of Nintendo of America, threw some mad smack talk at last year’s Smash Bros. Invitational specifically after Juan “Hungrybox” DeBiedma challenged him to a duel. “I’m gonna be able to come back up next time and kick your ass,” Fils-Aime declared.

From time to time thereafter, DeBiedma would tweet at Fils-Aime, trying to hold him up to the challenge.

At this year’s Nintendo World Championships in Los Angeles over the weekend, the fight finally went down—and the smack talk didn’t subside.

Well, things naturally didn’t go too well for Fils-Aime. DeBiedma is the best Jigglypuff player in the world. He’s ranked fifth in the overall North American competitive scene based on Melee it on Me’s 2014 rankings. It also seemed like Fils-Aime was greatly out of practice with his Smash game.

Even as a one-sided smackdown, it still ended up being a lot of fun. How many other company leads would go through the trouble of entertaining his or her fans? Either way, kudos to both for making it happen.

All friendly trash talk guys. Reggie and I had a good laugh about it backstage. GGs !