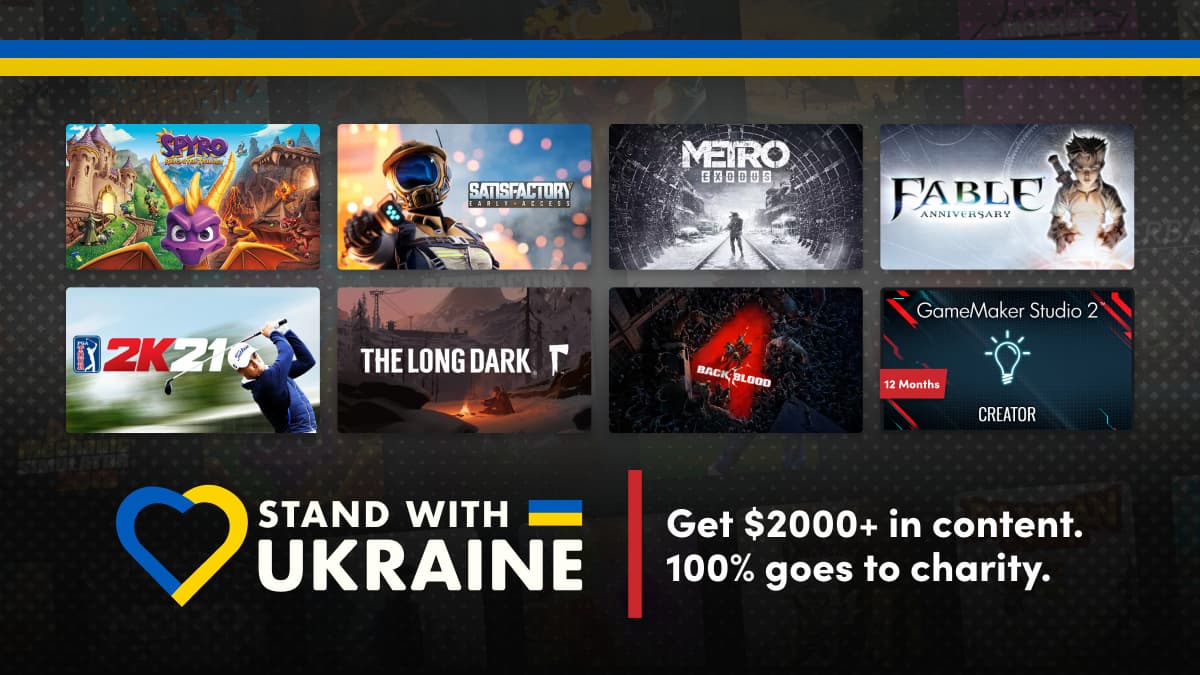 To support humanitarian efforts in Ukraine amid the Russian invasion of the country, Humble Bundle is launching the Stand With Ukraine bundle made up of over 120 games and some additional content.

Humble, a digital storefront that sells bundles of games and content to benefit charity, will donate 100 percent of all proceeds from this bundle to four different organizations: Razom for Ukraine, International Rescue Committee, International Medical Corps, and Direct Relief.

The Stand With Ukraine bundle includes a lot of titles from big named developers, such as Metro Exodus, Back 4 Blood, Satisfactory, Spyro Reignited Trilogy, Quantum Break, Slay the Spire, Wargroove, Sunset Overdrive, and so much more. There are also several books and software like GameMaker Studio 2 Creator and RPG Maker V.

“The violent and unlawful invasion in Ukraine is taking a tragic toll—displacing people, devastating families, and creating an urgent need for food, water, supplies, shelter, and safety,” Humble said. “To help out how we can, we’ve joined forces with game creators, book publishers, and software makers around the globe for a bundle 100 percent dedicated to supporting the victims and refugees from Ukraine during this crisis.”

Before this bundle was released, Itch.io hosted its own Bundle for Ukraine, which featured more than 700 indie creators and raised more than $6.3 million. Humble’s Stand With Ukraine bundle has already raised over $1.5 million just three hours after launching.