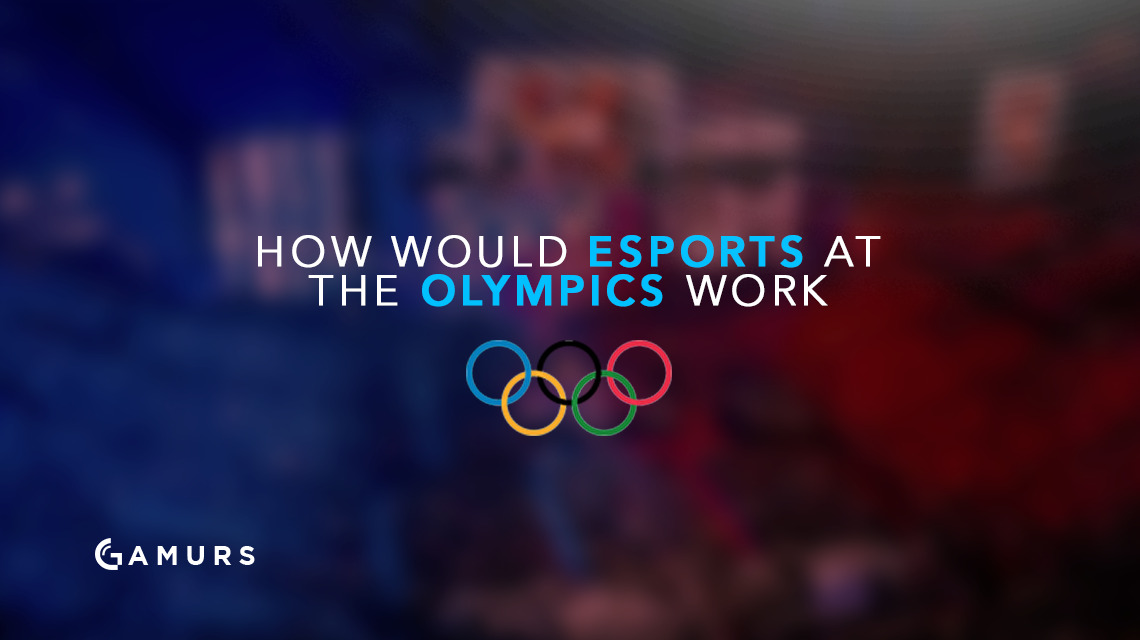 There have been constant talks about esports becoming a part of future Olympics, and today, Los Angeles made it one of their prime pledges for the Olympics come 2024. All this talk has me asking myself, if this were to be approved, how on earth would it work?

Esports as a whole are too vast to accompany mass amounts of the games that have a globally recognised feel. You are telling me that there will be an esports for League of Legends, Halo, Dota2, etc.? Will every game be showcased? No chance.

In the end, it’s all about this question. “What do you define as esports?” Logic dictates that it’ll most likely be League of Legends if the highest grossing game is used. Yet, FIFA or Madden could be included if they go for worldwide appeal with rules everyone can follow, as well as a fighting game for simplicity. But I want to go through some of the ideas and examples of what could happen and then what should happen.

This option goes on the basis that you choose a single game to represent the entirety of esports, may it be League, Dota, whatever, and you give players enough notice to be able to form teams. You also then keep the rule of professionals taking part in sports at the Olympics and allow one or two professionals, with the rest being rookies not tied to a team. So in this instance, the South Korean Team for LoL esports could have Lee “Faker” Sang-hyeok and Bae “Bengi” Seong-woong, and the rest of the team would need to be filled by rookies.

You could also then allow the creation of multiple teams for each region, similar to tennis, or lock in one team per country. But this in itself still causes the problem of which game would be picked and why? You can’t, again, let one game represent an entire scene.

Choosing something simple is this option; something based on an existing Olympics sport like football (FIFA) or a fighting game. This would be something that anyone can pick up and enjoy watching without having to know the fundamentals or the rules for the game at hand. Parents and adults would be able to watch, as well as the younger audience that already knows what is going on.

Street Fighter V could be a good idea for this situation, since it’s obvious that the player is doing these mechanical skills that take a lot of thought and reaction, but it’s also visually appealing to watch. Having good casters for the event is also important in this factor working, but you have the problem of it feeling too cheap to do so, with people switching off.

This is most likely the option that IOC will take, providing there is an easy way to incorporate this into an already packed and tightly knit schedule. By “marathon option,” I mean choosing a handful of all esports games and setting up a league, similar to the heptathlon where the overall large scale team plays over multiple games. Each player would be representing one or two of the overall games being played at the Olympics, and the team with the most points overall by the end of the event would win the gold medal.

This way you could have LoL, Street Fighter, FIFA, Halo; tons of content that can incorporate the overall scene that is esports to better give the landscape the love and support it needs. But it then falls into the equation of how big of a team is too big and how/what games are decided to be played overall as there are just that too many. The list of games could also be changed year after year, which helps the scene, but IOC always likes to keep the same things and the same way going each year, which causes problems for anything new, like Overwatch, that comes out and gains a big following being added to the roster over something else.

What is this? Its simple. The Olympics create their own game that becomes the esport game of the Olympics. This game would be created for the sole purpose of being the esport title at the Olympics, and that way, it can be created with a lot of fundamentals and rules that puts everyone, competitior and viewer alike, on an equal playing field.

It could also then be a game that can be downloaded for free for everyone to try out, pushing not only esports and its title created, but the Olympic movement to the younger generation who wish to play it and get involved with both esports and the Olympics.

There really are a ton of options I haven’t even looked into here, and everyone will have conflicting views of the right way. However, moving forward, there needs to be talks about how and why this should be a thing, and in the end, if it is even worth it to include esports in the Olympics in the long run.

Do you think esports should become a part of the Olympics? How should it be run? Let us know by commenting below or tweeting us @GAMURScom.