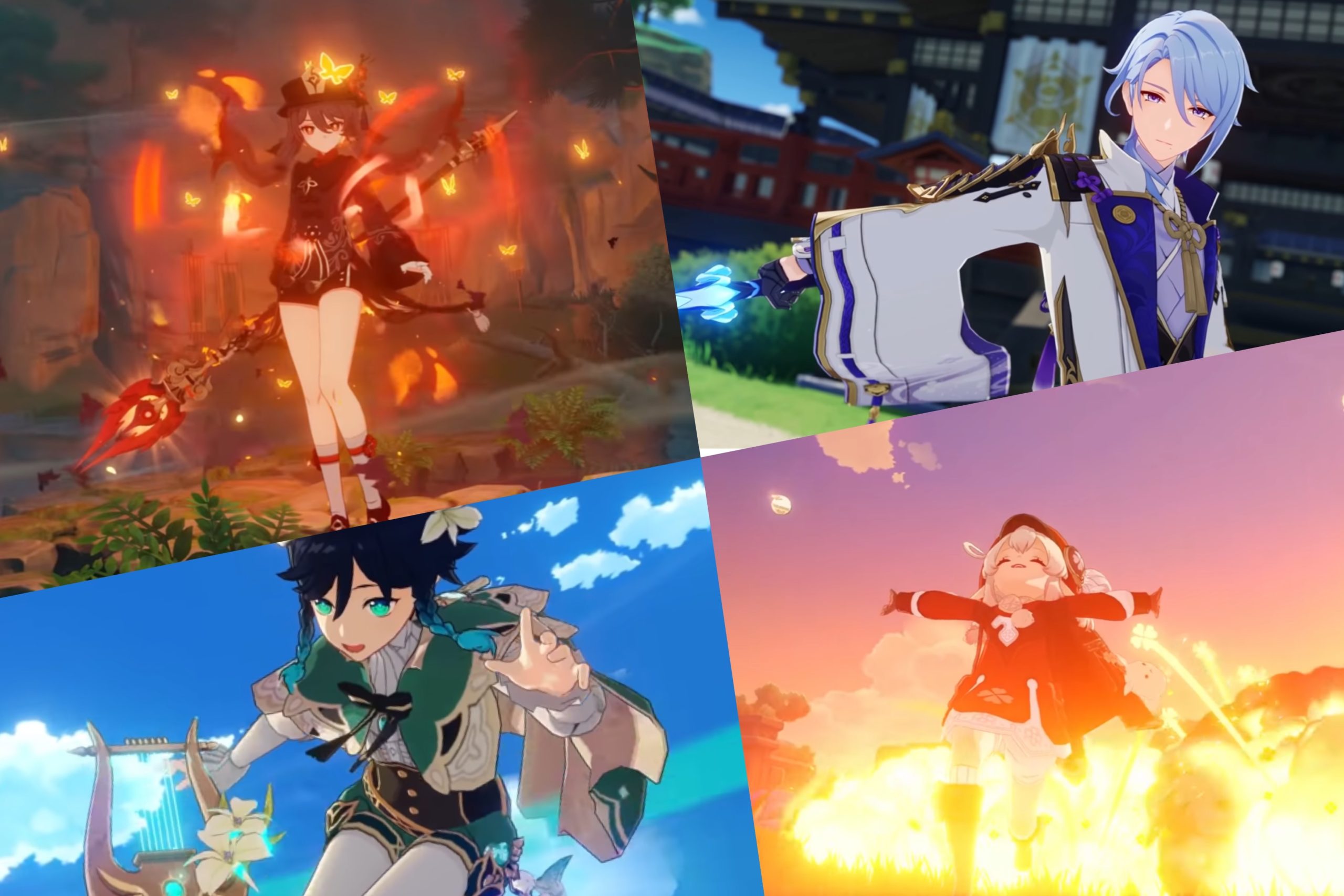 The world of Teyvat in Genshin Impact boasts an impressive roster of characters with unique elemental powers and weapons. One of the most exciting features is the option to attain new characters, but the process isn’t always easy and unlocking characters oftentimes requires a lot of work.

A select few characters are available to all Genshin Impact players for free. A total of two five-star and five four-star characters can be obtained through gameplay and other special conditions. But sometimes, other characters, usually only four-stars, temporarily appear for free during limited-time events, so players should keep an eye out for that too.

All Genshin Impact players begin their journey by choosing between the female or male Traveler as their protagonist for the main storyline. This character is very helpful because they are the only character that has the unique ability to switch their chosen element at any time. As the game has progressed, more elements continue to be unlocked and it is expected that with each new region that is introduced into Genshin Impact, the Traveler will continue to unlock one new element, as has been the pattern thus far.

The Traveler is a five-star Sword character players can obtain simply by beginning their story in Genshin Impact.

This character is another one easy to obtain if players just follow the beginning quests and storyline in Genshin Impact. Amber is a four-star Pyro Bow character who isn’t very strong but is really useful for completing puzzles around Teyvat.

Lisa can be obtained by completing the “Sparks Amongst the Pages” quest, which is an early-game quest players will receive. She is a four-star Electro Catalyst character.

Four-star Cryo Sword character Kaeya can be recruited to your roster by completing the “Crash Course” quest. Since this quest is one of the first ones players obtain in Genshin Impact, Kaeya is another character that is easy to attain.

The four-star Hydro Catalyst character is a decent healer that is a great addition to players’ rosters in the early game. Barbara is available to players who reach Adventure Rank 18 and complete the quest “A Long Shot.” This quest requires players to defeat Dvalin/Stormterror.

To obtain Barbara through this method, finish battling Dvalin/Stormterror then look under the special events page and find the indefinite event called “Baptism of Song.” Barbara has also been available for free in a few other events, meaning players should keep a look out to obtain her constellations for free as well.

The four-star Pyro polearm character is the most difficult free character to obtain. When players reach Adventure Rank 20, they will then unlock the Spiral Abyss, which is a series of extreme dungeon challenges that will likely take players a long time to complete successfully.

Xiangling can be unlocked by successfully completing Chamber three of Floor three within the Spiral Abyss.

The main character of Horizon Zero Dawn appeared in Genshin Impact through a collaboration between the games and is a five-star Bow Cryo character that players previously obtained for free. Aloy is now currently unavailable by any means, but it is expected she will return at some point as a free character once again because there is no way for players to complete her constellations otherwise.

The vast majority of characters in Genshin Impact can only be unlocked through wishes. While players can sometimes obtain free wishes through special events, leveling up their Adventure Rank, completing journal investigation milestones, increasing their Battle Pass level, and other occasional means, they will generally need to work to earn Primogems to purchase wishes with.

Primogems can be obtained through quests, milestones, commissions, events, chests, general gameplay, and pretty much anything else you can do while exploring Teyvat. Basically, if you’re playing Genshin Impact, you are probably working toward Primogems in one way or another whether you realize it or not.

While wishing, players will also occasionally receive two other kinds of currency that can be used for various items or more wishes. Starglitter is one, and five of them can be used to purchase one wish. Stardust is the other, with a total of 75 to 125 needed to purchase a wish.

Two types of wishes that players can wish on to obtain characters are available in Genshin Impact.

Usually, there is only one special character wish running at a time, but occasionally, there has been more than one. Characters exclusive to the special event wish banner are as follows.

This permanent wish features non-special event characters and can be wished on at any time. The characters available in this banner are as follows.