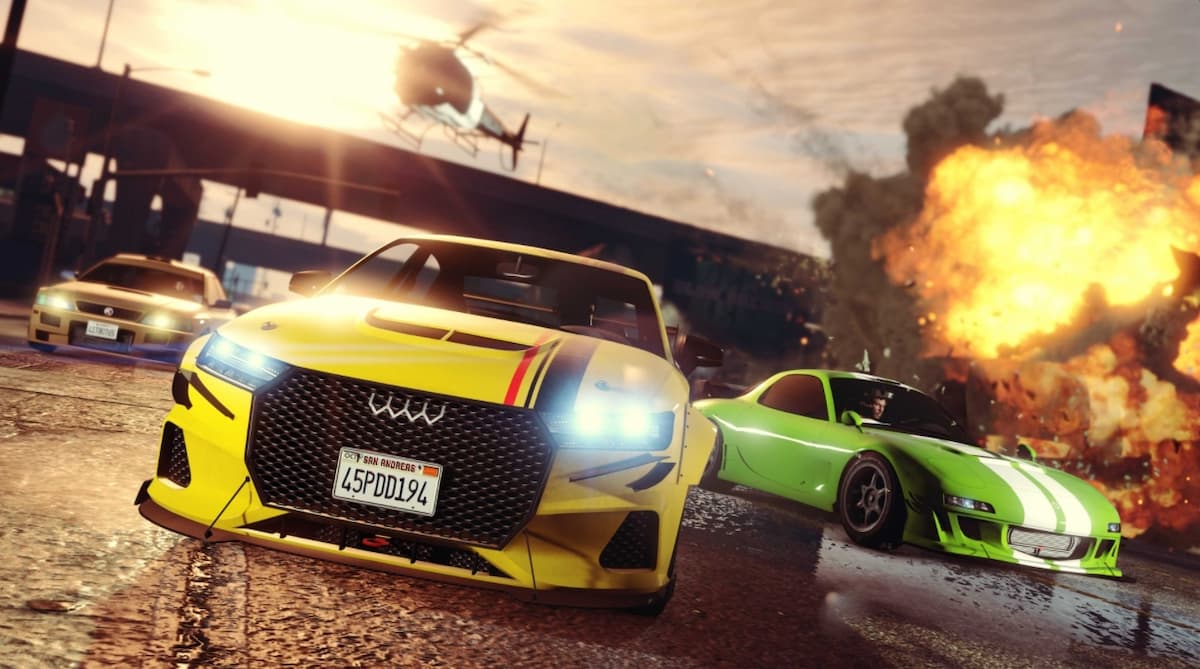 The next-gen versions of Grand Theft Auto V and GTA Online are launching on March 15 for PlayStation 5 and Xbox Series X/S, which means players have the chance to experience the game with improved visuals, performance, and new features.

Among the upgrades Rockstar Games mentioned, this version of GTAV will include support for 4K resolution, up to 60fps, improved texture quality, HDR options, and faster load times, along with three different graphical settings that will let players optimize the game to their tastes.

Because GTAV not only has a thriving community across PlayStation, Xbox, and PC, but has also been around since 2013, Rockstar has included an option to transfer existing data to the newest versions of the game—regardless of platform.

This data transfer applies to both GTAV Story Mode progress and a player’s GTA Online characters and progression, which can be brought forward to the PS5 and Series X/S via a one-time migration. This can be done starting today and will be an option for players to use moving forward.

So, if you are an avid player of GTAV or GTA Online, here is how you can transfer your progress and data to PS5 and Series X/S, along with limitations and specifics.

Once you boot up your copy of GTAV on your current console, all you need to do in order to transfer your data is access the “Game” tab in the pause menu.

From there, there is an option titled “Upload Save Game,” which will transfer your progress by uploading a save to the Rockstar Games Social Club. Once you launch the PS5 or Series X/S version of GTAV, you will be able to download that save and retain your progress.

For GTA Online, the process of transferring data between platforms will be automatic as long as you have a Rockstar Games Social Club account that is properly linked across your consoles.

Rockstar has confirmed that this migration will include any Characters, GTA$, Progression, Stats, Vehicles, Properties, Weapons, Clothing, and Player-Created Jobs. However, just like with most games that include microtransactions, any purchased with actual money GTA$ will only transfer between the same family of consoles, so PS4 to PS5 or Xbox One to Series X/S.

Once GTAV and GTA Online launch for PS5 and Series X/S on March 15, you can immediately sign in and pick up as if nothing has changed.