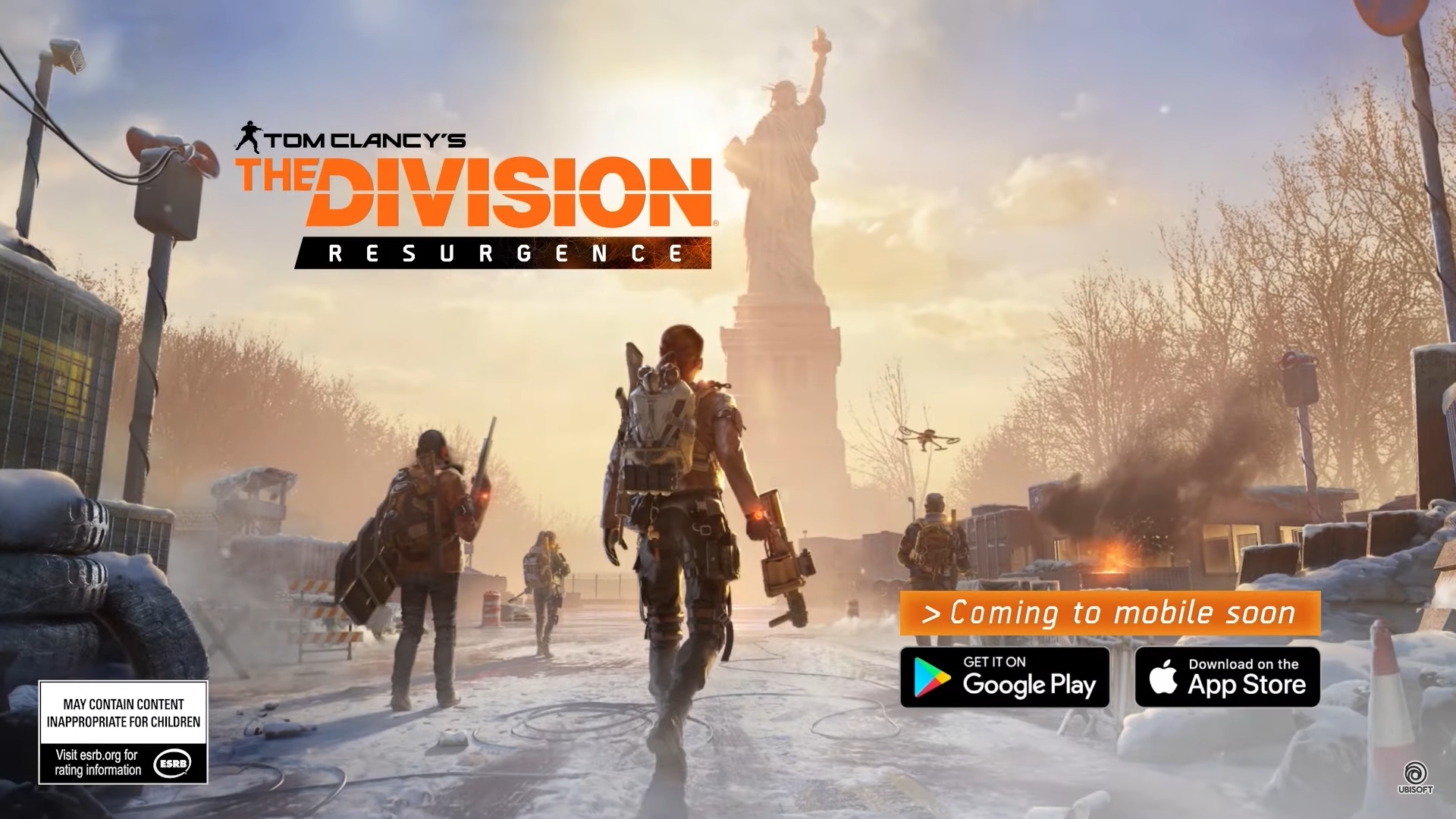 Mobile gamers have yet another new title to look forward to with Tom Clancy’s The Division franchise coming to iOS and Android. The Division Resurgence is not a remake or reimagining of The Division games that came before it on PC and console, however. It’s a new game set in The Division’s world.

The Division Resurgence returns the series to New York, where agents of the Strategic Homeland Division fight against opposition groups to keep some areas of the city safe.

The new game promises the RPG and third-person shooter elements traditional to The Division and can be played either solo or in co-op mode with friends.

While the full release of the new game is most likely a long way off, Ubisoft also announced that a closed alpha is on the way. The closed alpha will let a select number of players test out the game in a playable build, seeing what they like and how the new mobile functions work while Ubisoft gets to collect some valuable data. Where players can access this alpha and how it will work, however, is not immediately obvious, and players might need some help figuring out how to access it.

How to sign up for The Division Resurgence alpha

The closed alpha for The Division Resurgence can only be accessed by going to the game’s official website and registering for the alpha. On the homepage, players can scroll to the bottom of the page to see the alpha registration links. They’ll be prompted to choose whether they play on iOS or Android, and then they can choose the Register button to put in their name for the closed alpha.

While any player can register for the alpha, registering does not guarantee that you’ll have access to the closed alpha. Ubisoft will select a pre-determined number of players to participate in the alpha from the registered accounts. Registering for the alpha simply puts your account in a group of accounts that Ubisoft selects alpha players from, giving you the chance to play the alpha.