NPCs are a core part of Elden Ring. Each NPC in the game comes with unique characteristics, and they can be attacked or killed. Considering how annoying some NPCs can be, giving them a quick slashing can feel rewarding at first until you realize they were the quest giver of a future quest line that you wanted to complete.

FromSoftware seems to believe in second chances, however, since it’s possible to revive NPCs in Elden Ring. If you’ve just killed an NPC in Elden Ring and instantly regret your decision, here’s what you can do to revive them.

How can you revive NPCs in Elden Ring?

Players can revive the NPC of their choice by completing the following steps. 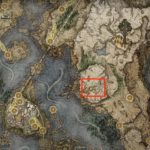 Completing the process above also brings back the NPCs that disappeared due to various reasons. Even if you’re careful around NPCs not to hurt them, accidents can happen. Sellen, for example, disappears quickly when players attack her, and she’ll also be revived when players use a Celestial Dew inside the Church of Vows.

Where to find Celestial Dews

If you’d like to go on another adventure and find your own Celestial Dews, you can visit the Uhl Palace Ruins, Night’s Sacred Ground, Nokron, and Nokstella, the Eternal City.

Where do you revive NPCs in Elden Ring?