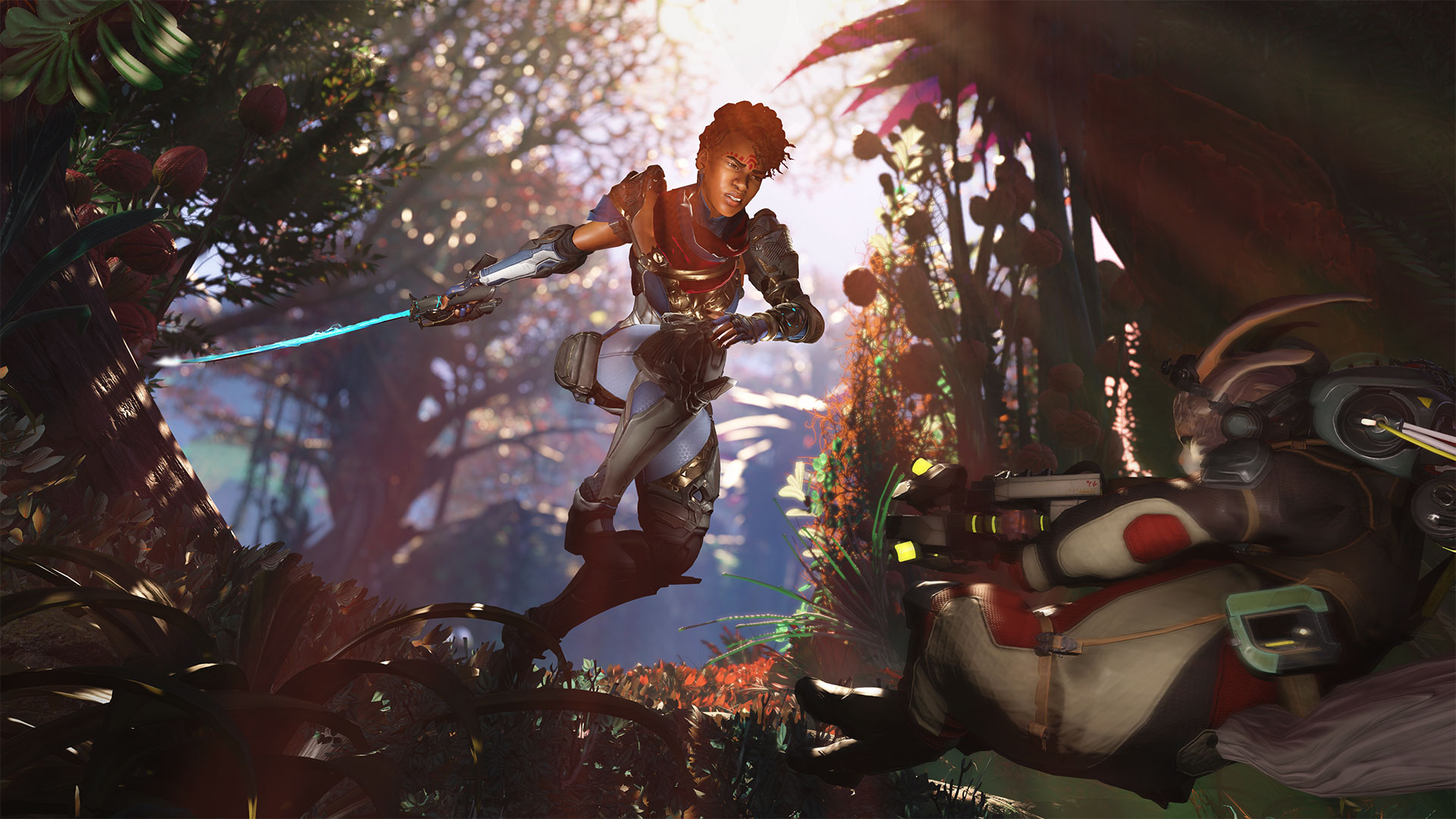 Amazon’s new free-to-play third-person team shooter, Crucible, is now available to download on Steam. On release, there are 10 unique characters to choose from.

Shakirri is a dual-class hunter, wielding both a long sword and a pistol. She can switch between the two at any time. To master the First Blade of Na Dakkaru, players will need to evaluate fights and swap between the weapon stances when the moment is right.

Shoot / Swing (left click): Fires pistol or swings sword, depending on the stance.

Level one (choose one)

Freezelock Pistol: Pistol shots slow opponents by 10 percent for 1.5 seconds to a maximum of 30 percent.

Healthy Gambit: Abilities recharge +15 percent when health is above 70 percent.

Restorative Dome: Force Dome heals you and allies in it.

Tips and tricks to playing Shakirri

Switching weapons frequently is key to mastering Shakirri’s playstyle. Her pistol can only be reloaded when swapping to her sword, so players should take advantage of her close-range play and Disrupting Strike ability when ammo runs low.

Shakirri’s Holo-Shield can be used when approaching enemies in a closer range, while she can use her Force Dome when in need of a breather.