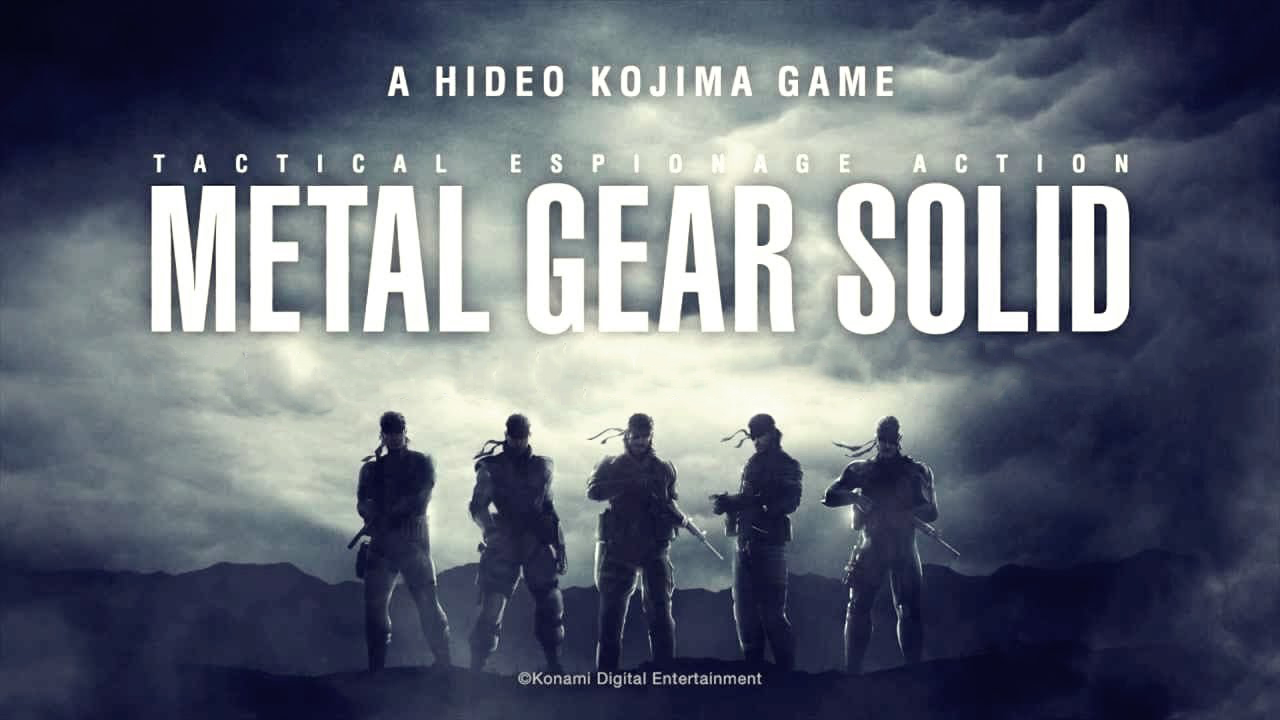 There are many video games following a storyline but each takes place during a different time in that storyline. Many of the characters’ parents and children are seen in different games, so there is always a sense of progression. The games in this series follow three main characters, Big Boss, Solid Snake, and Raiden.

Metal Gear is about stopping nuclear weapons from becoming operational and causing massive damage to nations. These Metal Gears take different shapes and forms, from robotic humanoids to dinosaurs. Throughout the series, the games have technology that reflects the time period they’re set in, as well as following the world’s tensions at the time.

We will not include non-canon games. Those games didn’t really happen in the storyline and much of what they do contradicts later games, like Metal Gear Acid and Snake’s Revenge. The following list is based on the canonical events covered in games, both mainline and handheld.

The Boss, the best operative alive, has been exposed as a double agent. The United States has no choice but to send The Boss’ protege, Naked Snake. He was named that because he could survive on a battlefield with no munitions or gear and accomplish his goals.

To get to The Boss, Naked Snake must kill a few top agents with strange powers. Metal Gear Solid 3: Snake Eater introduces us to Ocelot, a character who will become both an ally and an enemy of the protagonists, and Eva, the future mother of Solid Snake (a protagonist we will expand upon later). In this mission, Naked Snake shows great skills but loses his sense of patriotism. For his work, he gains the title of Big Boss and will be known as Big Boss for the rest of his life.

Big Boss’ life immediately after the events of Metal Gear Solid 3: Snake Eater is explained in Metal Gear Solid: Portable Ops. Since it doesn’t affect the overall series, there isn’t much to say. To sum it up, Big Boss becomes a mercenary and then creates his own group of mercenaries. The true goal of this game was to test out some gameplay involving recruiting and training soldiers, which will be expanded upon in future entries.

This game introduces Roy Campbell, a future Colonel who becomes an ally to Solid Snake. The game also demonstrates the untarnishable reputation that Big Boss has in the series. There is almost a cult following among soldiers worldwide for Big Boss. The ultimate soldier, he is admired by everyone, and everyone hopes to learn from him.

As Big Boss builds his mercenary unit, Militaires Sans Frontières (Soldiers without borders), he helps Costa Rica’s citizens. Mother Base is Big Boss’ first attempt at creating a place for soldiers to live freely. Although at this point, it is out at sea, so it takes some time to build up into an efficient and well-crafted base. The story revolves around Big Boss’ conflict with Major Zero, once an ally in Metal Gear Solid 3: Snake Eater.

Big Boss does a good job, but the seeds of betrayal are sown in this game and will continue for a few games after. At this point, Big Boss’ DNA has been used to create clones. While we don’t see any of his clones in this game, Solid Snake, Liquid Snake, and Solidus Snake were born two years earlier.

In Metal Gear Solid V: The Phantom Pains, Big Boss takes nine years to recover from his injuries. Then Big Boss goes to find his allies and rebuild what he once had. More than ever, he is determined to give his mercenary unit, now known as Diamond Dogs, a place to live free.

In addition to traveling to multiple locations, Big Boss completes missions and fights The Patriots, who are the new big bad guys created by Major Zero. This is the shadow organization that controls and profits from war. Big Boss makes it his goal to stop their new weapon of mass destruction and create a Metal Gear of his own. Additionally, Metal Gear Solid V: The Phantom Pains introduces Liquid Snake, a clone of Big Boss, or technically, his son.

There will be no spoilers, but this game is supposed to tie up all loose ends. Therefore, finishing it will explain many inconsistencies and the ending of Metal Gear Solid IV: Guns of the Patriots. The game also explains how Big Boss becomes evil and good later on.

Solid Snake, the clone and son of Big Boss, has grown up and found his way into a unit headed by Big Boss himself. Snake must stop mercenaries from building a Metal Gear in Outer Haven, a place where mercenaries can be free. Playing any other Metal Gear after Metal Gear will give this storyline to you, so you don’t really need to play this to get the story.

In essence, Big Boss built Outer Haven and only recruited Solid Snake to help because he thought Solid Snake would fail. The two fight and Solid Snake ends up killing Big Boss. All the other games now follow Solid Snake.

Solid Snake is brought out of retirement to stop members of FOXHOUND, his old unit, in Metal Gear Solid. If the remains of Big Boss and $1 billion are not handed over soon, FOXHOUND will use Shadow Moses and the Metal Gear against the US Government. Snake meets Merril and Otacon, the latter of which would be with him throughout the rest of the series.

Metal Gear Solid 2: Sons of Liberty begins with Solid Snake protecting the world with his own organization dedicated to stopping the use of Metal Gear. The game follows Solid Snake for the prologue, but after Snake fakes his death, players take on the role of Raiden. Raiden is less likable than Solid Snake, but their friendship begins in this game.

Raiden feels like a middle man in a world of double agents and tactical espionage, so don’t worry if you feel left out. Metal Gear Solid 2: Sons of Liberty introduces Solidus Snake, the perfect clone of Big Boss and brother to Liquid Snake and Solid Snake.

Solid Snake has accelerated aging because he is a clone, and he will die soon. Solid Snake is tasked with killing Liquid Ocelot, who is basically a mind merge between Ocelot and Liquid Snake piloting Ocelot’s body. It is clear from the game’s events that the world has gone to hell, with wars being fought and money being gained. This final chapter of Solid Snake’s story includes all characters who are still alive, along with some corpses.