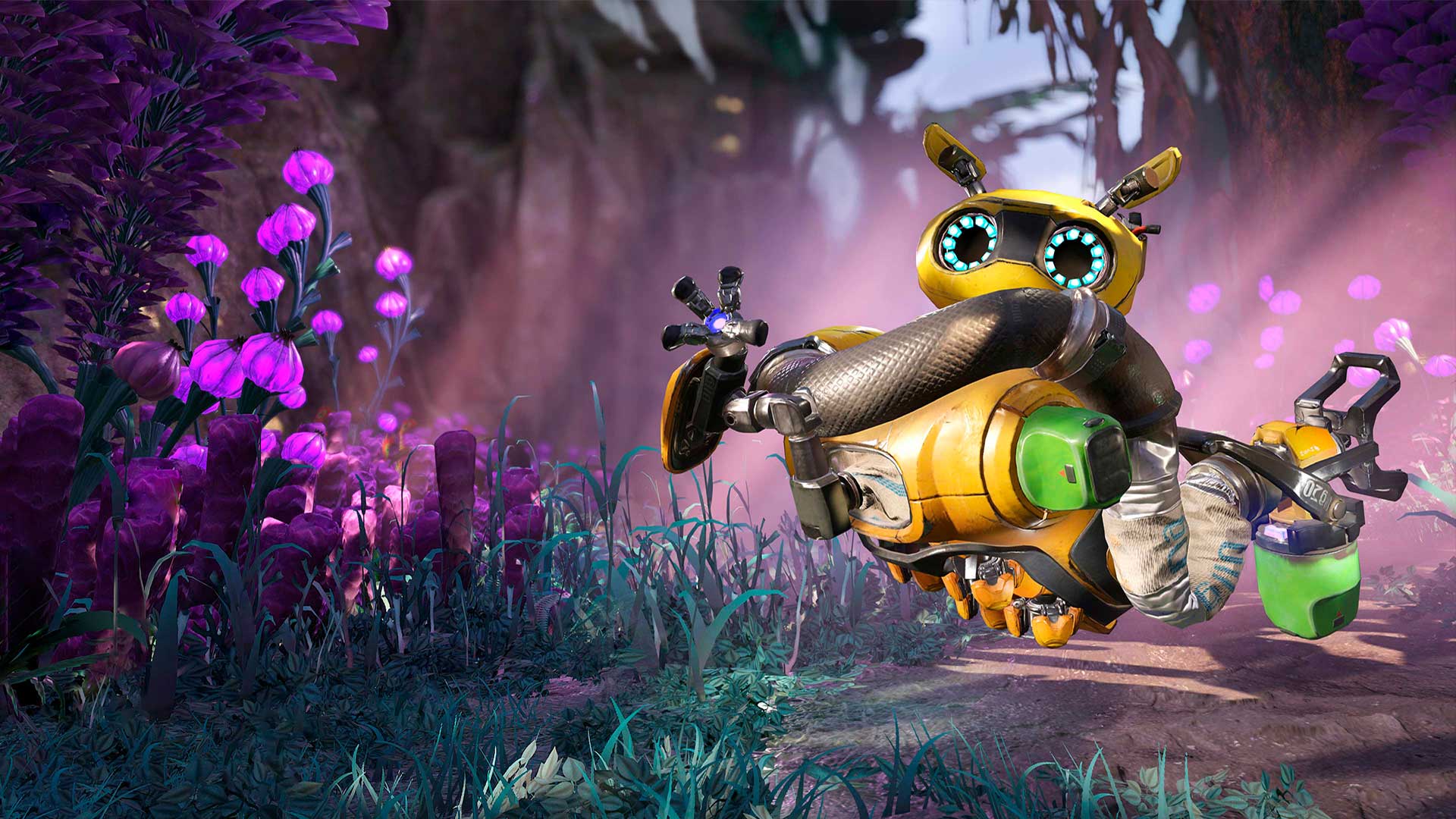 Of all Crucible’s playable hunters, Bugg stands out as the only robotic character currently available to play. As it’s name may suggest, Bugg resembles a yellow bug-like creature who flies around and nurtures plants.

It’s these plants that serve as Bugg’s main line of defense; they dish out massive amounts of damage to any surrounding enemies with laser-like attacks. To become the best Bugg player in Crucible, players need to closely manage their plants and choose the best locations to plant seeds.

Anti-Grav (passive): Move the same speed in all directions, regardless of which direction the player is facing.

Seed Pod (right click): Fires a seed that can be activated by spraying.

Shield Burst (Q): You, your seed pods, your plants, and nearby allies gain a temporary overshield.

Crop Dust (E): Creates a slowing, damaging, AoE beneath you.

Level one (choose one)

Onboard Diagnostics: Your med kit now regenerates every 30 seconds. It also creates a healing area for you, your plants, and allies.

Early Bloomers: Seed pods do not have to be watered in order to be activated.

Blooming Blossoms: Plants can be watered until they are overcharged, stunning nearby enemies.

Daisy Chain: Plant attacks can chain to one additional target.

Tips and tricks to playing Bugg

At level one, Bugg can plant a seed every four seconds. Bugg can have up to three plants at once; after planting a fourth, the earliest planted seed will disintegrate. Since plants serve as Bugg’s primary source of damage, where you place a seed is crucial. Plants can be easily killed and have a fairly large radius of damage, so consider placing seeds nearby enemies but not so close to be too easily accessible by enemy hunters.

Both Bugg’s Shield Burst and Crop Dust abilities have a 19-second cooldown, so players will want to make sure they’re using these abilities at the most efficient times. Crop Dust is an excellent source of defense against pesky melee characters who want to get up close and personal, and Shield Burst can be used to save teammates or as a signal for allies to go in.

Bugg gets roughly five seconds of fly time with its Thrusters. If you burn through all of your jet fuel at once, it takes approximately seven seconds for the gauge to refill. Players don’t need to wait for the gauge to fully refill before they’re able to use Bugg’s mobility again, however, there is a small delay before players are able to launch back into flight.

Thrusters can be used to gain a height advantage over enemies with low mobility. Similarly, Bugg’s jet packs can be used in combination with Crop Dust to attack any enemies below.