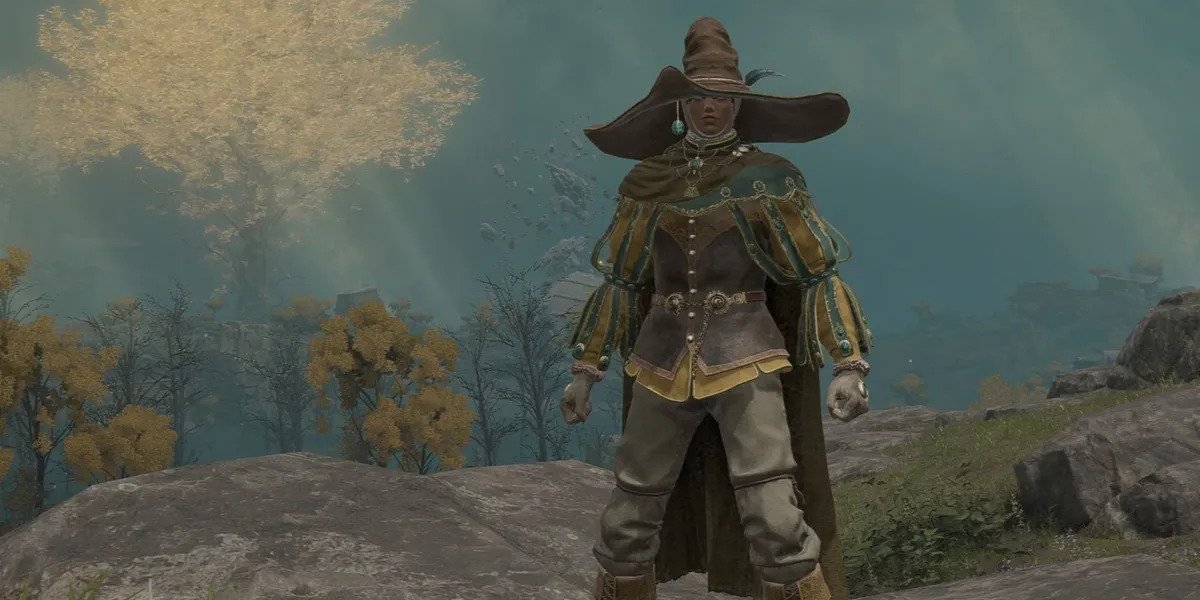 Elden Ring features a lot of unique armaments and armor sets. Most weapons are useful in some battle or another and can be improved through upgrading. That’s not the case when it comes to armor sets.

Many armor sets in Elden Ring are cosmetic and hold little to no value when battling. Every armor set has physical and magical resistance values but overall, the variation in stats is sometimes so minuscule that it does not matter what the player decides to wear. One of those exceptions is the Spellblade Set. This set provides buffs to the wearer and has two unique looks based on the gender wearing it.

Spellblade’s Pointed Hat is a Helm armor piece in Elden Ring. This set is perfect for intelligence builds since it slightly boosts glintstone magic spells. This value can stack additively with other sources of magic boosters, including other spells and talismans. Additionally, it provides a strong defense against magic because of its heightened spell resistances.

Apart from these buffs, Spellblade’s Pointed Hat also has different appearances when equipped. Like other armor sets, these appearances can change based on whether it is worn by a male or female character, with minor changes to each type. For Fashion Souls enthusiasts, this hat matches very well with other mage sets such as the Snow Witch Set.

So how do you acquire Spellblade’s Pointed Hat?

How to acquire Spellblade’s Pointed Hat

The original Spellblade Set belonged to Sorcerer Rogier. He is an NPC that the player first encounters as a friendly summon who allies with the player in their fight against Margit, the Fell Omen. Rogier is quite a powerful spellblade in his own right, buffing his rapier with the glintstone magic he specializes in while also bombarding his enemies with offensive spells.

Rogier uses the Spellblade Set for most of the game until his death when he gets affected by Deathblight underneath Stormveil Castle. Following his death, players can find the hat and his entire set in Roundtable Hold, where he rested near the balcony overlooking the entrance hall. Apart from the set, Rogier also drops his Bell Bearing which can then be traded with the Finger Reader Crones in Roundtable Hold.