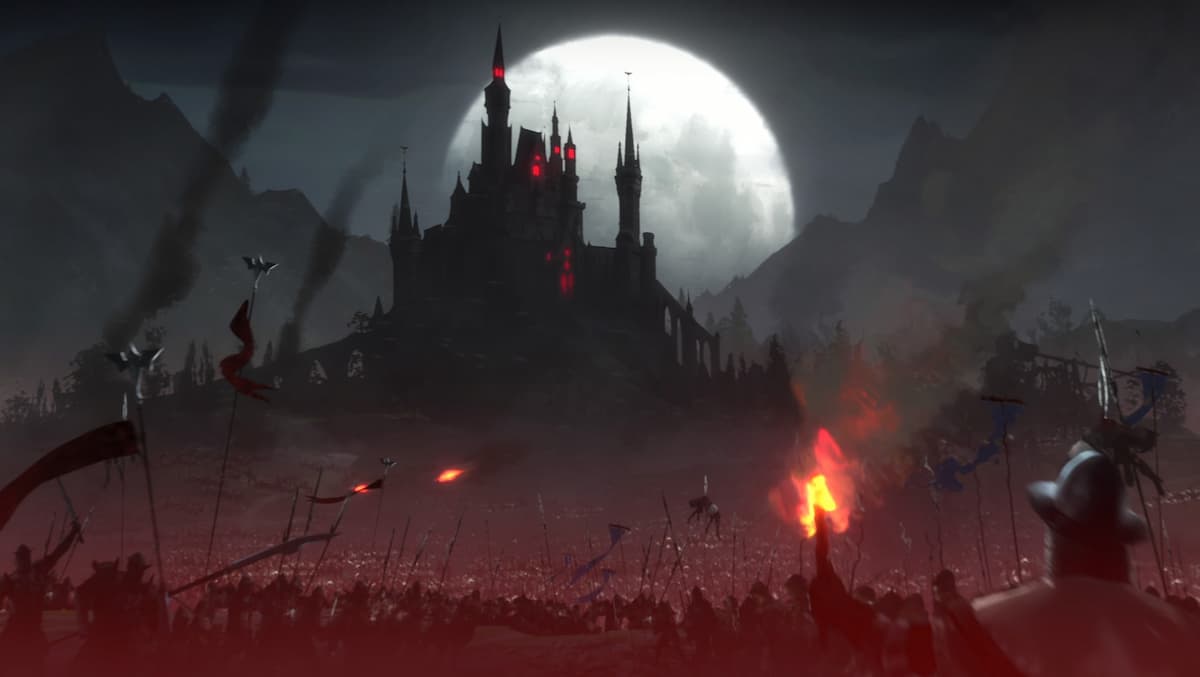 Scattered around the world of V Rising are V Bloods, otherwise known as bosses. These powerful foes are tough to defeat, but they grant unique powers, structures, and recipes upon death. Tracking down and killing each of these bosses is necessary to becoming the strongest vampire that Vardoran has ever seen.

To get there, you’ll need to take out Octavian the Militia Captain at some point during your adventure. He’s a powerful melee-focused fighter who sits at level 58, so you’ll need to have progressed fairly far in V Rising to have a shot at killing him. Once you’ve equipped your best gear and made it to at least level 58, it’s time to go on the hunt.

Here’s how to defeat Octavian the Militia Captain in V Rising.

Before you can take out Octavian, you’ll need to find him first. Octavian hangs out in the Bastion of Dunley, due north of the Dunley Farmlands. The boss room that he calls home contains and is surrounded by several groups of mobs, all of which will attack you. Before rushing out to clean house, it’s a good idea to wait until the sun sets: There aren’t a lot of shaded locations within the Octavian’s boss room, so you’ll likely take a lot of damage from the light if you fight him during the day. You’ll also want to pack plenty of healing and buffing items just like you would for any other boss fight.

Once the world is dark, fight your way through the mobs and into the boss room. Octavian will engage you with a whopping five different attacks, each of which hits hard. In the first attack, Octavian will toss four blades toward you, which you’ll need to dodge. The second attack sees him swinging a large blade horizontally that stuns anything in its path.

The third attack comes out once Octavian has taken a little damage. The Militia Captain will summon a bowman who will constantly shoot arrows at you. It’s best to take out this archer quickly before returning to attacking Octavian since the archers will really wear you down over time.

The fourth attack sees Octavian dashing toward you, then swinging his sword several times and slamming into the ground. Try to dodge these attacks to keep the upper hand. Octavian’s fifth attack is his most powerful: He spins around dramatically and launches blades in a stream around himself, making it difficult to dodge his onslaught.

The best way to defeat Octavian is to stay away from him and hit him with ranged attacks. He tends to focus on short-range and melee attacks, so the closer you get to him, the more danger you’ll be in. The rewards for defeating him are worth it, though. Upon his death, you’ll unlock the Mirror Strike vampire power, the Anvil structure, and recipes for Dark Silver Ingot, Dawnthorn Regalia, and Dark Silver Weapons.