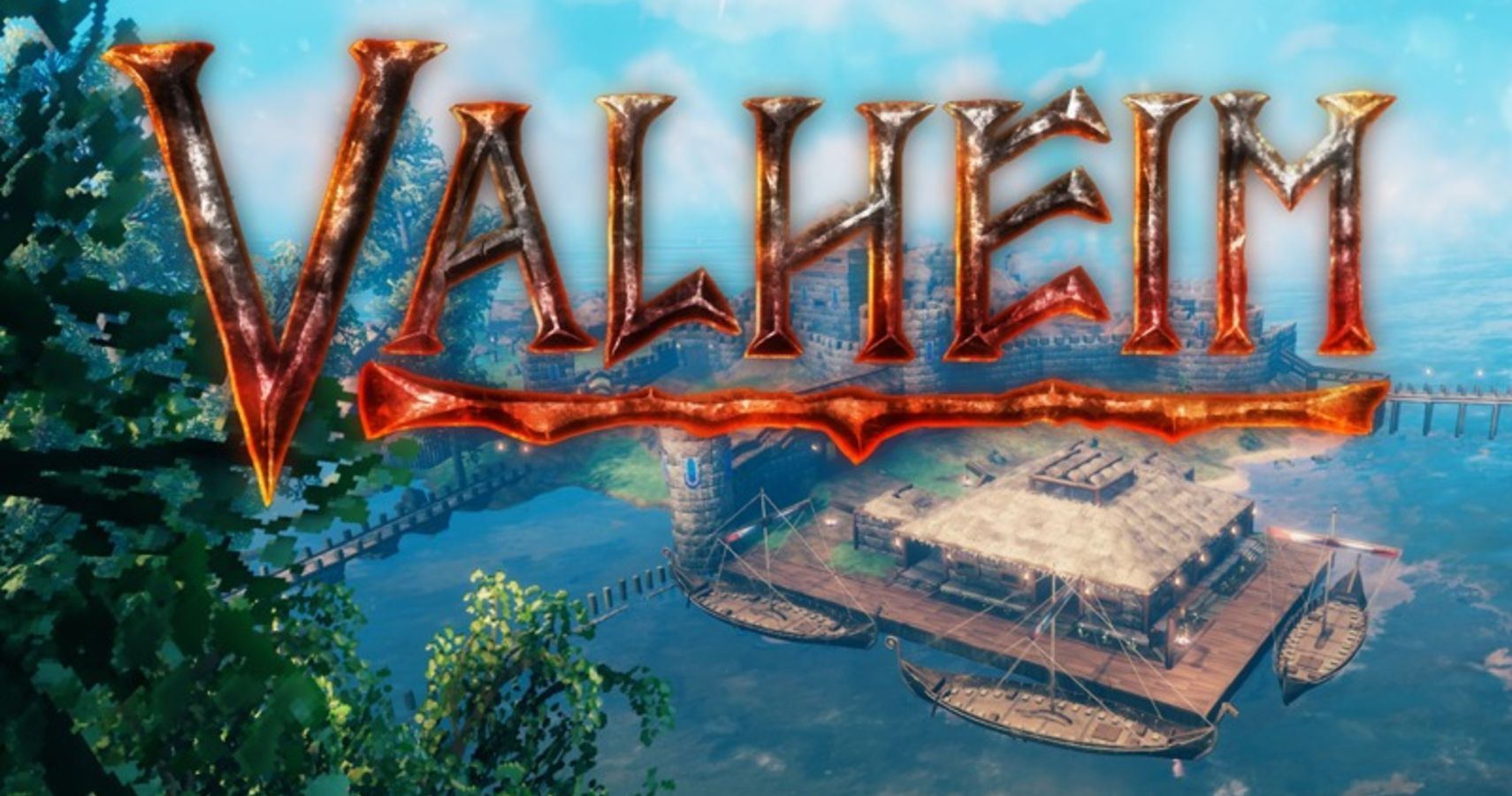 Valheim‘s exciting adventure lets players brave a vast world and defeat a wide range of monsters and creatures. You can spend your time exploring the locations the world has to offer or creating massive castles and villages for you and your friends to enjoy.

If you want to improve your equipment and tools, though, you must defeat five different bosses, and some aspects of the game aren’t available until you beat these formidable foes. Each boss fight requires slightly different tactics and preparation, but taking the bosses down is easy once you know what you need.

Here’s a breakdown of how to defeat every boss in Valheim and how you should prepare.

Eikthyr is the first boss you can summon in Valheim. His summoning area is in the Meadows biome, relatively close to your starting location. This massive stag drops the Hard Antlers item, which lets you mine ore and gain access to stronger tools, weapons, and items. Beating Eikthyr can be tricky for new players, though, so prepare accordingly.

Players must set down two deer trophies on Eikthyr’s altar to summon him. Deer trophies occasionally drop after killing a deer, so keep hunting until you acquire two. Eikthyr is the strongest enemy most players will encounter at this point in the game, although it’s possible to take him down with the proper setup.

Before summoning Eikthyr, make sure you have a set of armor and weapons. Crafting a full set of Leather Armor requires 22 deer hides and five Bone Fragments. Deer hide drops from slain deer, and one- or two-star deers will drop multiple hides. Bone Fragments can appear in troll caves in the Black Forest, which might be too dangerous for new players. Consider mining Stone Graves and Viking Graveyards in the Meadows since Bone Fragments can also appear in these points of interest.

Players should also craft at least one melee weapon before fighting Eikthyr. A club or spear are excellent options since they go well with a shield—a tool that can block most of Eikthyr’s attacks and save you a lot of time and effort. If you prefer to keep your distance, craft a bow and dozens of arrows to keep Eikthyr at bay.

Eikthyr has three different attacks: a ranged attack that shoots lightning from his antlers, an up-close stomping attack, and a ram attack. Don’t be scared of these attacks. You can block them with your shield and roll out of the way to avoid taking damage. Consistently damaging Eikthyr between his attacks should allow you to defeat him quickly, especially if multiple players are involved.

After defeating Eikthyr, make sure to pick up the Hard Antlers and Eikthyr trophy. The Hard Antlers let you craft an Antler Pickaxe. You can place the trophy at the sacrificial stones and access the Eikthyr Power, which reduces stamina loss from sprinting and jumping.

The next boss in Valheim is The Elder, a large bipedal tree creature summoned in a Black Forest biome. Runestones in a Burial Chamber can reveal The Elder’s spawning location, or players can discover it by exploring. You will need three Ancient Seeds to summon the boss. These drop from Greydwarf brutes and shamans, spawn in chests, and are a guaranteed drop when destroying Greydwarf nests.

It’s essential to craft the best gear available before facing The Elder, especially if playing solo. After beating Eikthyr, players can mine Copper and Tin and craft bronze armor. A full set of bronze armor, weapons, and tools will make traveling through the Black Forest easier and prepare you for The Elder. Ranged attacks also work well against the boss, so come equipped with plenty of Fire Arrows and a bow.

Like Eikthyr, The Elder has three main attacks: a melee stomp attack, a ranged vine attack, and the ability to summon roots that attack nearby enemies. While these abilities can deal significant damage, it’s easy to avoid them.

The Elder’s summoning area features several pillars that provide excellent cover from ranged attacks. Remember to move between cover when The Elder summons hostile Roots, which disappear after a short period.

Players can fight The Elder up close and personal, but his stomp covers a large area and can be devastating. The best strategy when fighting The Elder is to bombard him with Fire Arrows from a distance since the boss is weak to fire. This battle can take a significant amount of time by yourself, but it should be relatively easy with multiple players.

Players should also craft a Cauldron before facing The Elder to make Minor healing potions for emergencies. These items are easy to make, and players can create them with items found in the Meadows. Also, avoid straying too far into the Black Forest during the boss fight since it could attract dwarves and other creatures in the area.

The Elder always drops one trophy and a Swamp Key. Players can set down The Elder trophy on the summoning stone to unlock the Forsaken Power, which grants the ability to deal 60% more damage to trees with an axe for five minutes. The Swamp Key is a reusable item that opens swamp crypts in Swamp biomes. Players can find Scrap Iron in these crypts, granting access to the iron age.

Bonemass is the third boss in Valheim, but he’s arguably the most difficult. This large poisonous blob is resistant to several types of damage and can easily kill unprepared players. Understanding his weaknesses and what items work best will give you an edge on the fight, though.

Bonemass’ summoning location is in the Swamp biome, and players can reveal it by finding runestones in swamp crypts or exploring. You will need ten Withered Bones to summon Bonemass, which also appear in crypts.

Preparation is vital for the Bonemass boss fight, and summoning the boss without a full set of iron armor and weapons can easily mean failure. Unlike previous bosses, however, a sword and bow aren’t effective, so you have to take the fight to him.

Bonemass is vulnerable to blunt damage, so an Iron Mace or Iron Sledge are your best options. Thankfully, crypts usually supply a full stack of Scrap Iron, and crafting a full set of armor and tools is easy.

But weapons and armor are only part of the recommended loadout. Bonemass can deal significant poison damage, which can easily kill a fully armored player. Poison resistance meads are almost a requirement to defeat Bonemass, especially if it is your first time taking down the boss. Having a full stack of poison resistance meads is not a bad idea since it will also make traversing the Swamp biome easier.

Once you have the recommended loadout to face Bonemass, get ready for an intense battle. Bonemass’ close-range melee attack deals blunt and poison damage, and you should avoid it at all costs. Blocking this attack will likely stagger a player, so consider rolling or running out of the way.

Bonemass also summons minions throughout the fight, throwing a glob that transforms into skeletons or blobs. It’s easy to deal with those creatures in small numbers, but avoid letting them overpopulate and becoming a significant issue.

One of Bonemass’ strongest abilities is his poison cloud attack. It releases a toxic gas that poisons everything in the surrounding areas, and it can easily kill players without poison resistance. Avoid it at all costs. The boss telegraphs this attack by leaning back, and players who pay attention can escape. Bonemass heals throughout the fight, so stay aggressive to prevent a long and tedious battle. It’s possible to complete the fight alone, but it’s a difficult process.

Bonemass drops a trophy and a Wishbone, which allows players to find secrets like muddy scrap piles, Silver veins, and Buried Treasure. Players can put the trophy on the sacrificial stone to gain a Forsaken power that provides resistance to blunt, slash, and pierce damage.

Moder is the fourth boss in Valheim and the first to introduce a flying mechanic. This large dragon appears in the Mountain Biome and requires three dragon eggs to spawn. The preparation might be the toughest part of this boss fight, but it will be worth it in the end.

Players need to find three dragon eggs to summon Moder, and they only spawn in Mountain biomes. The eggs are the heaviest items in Valheim, with a weight of 200 units. A player can carry up to 450 units if they have Megingjord equipped, meaning they can haul a max of two eggs. Players can’t teleport them either and must transport them to the summoning area by hand.

The Mountain biome also features the freezing debuff, which will kill players without the proper armor or meads. Players can craft a frost resistance mead in a Cauldron or kill wolves to craft a set of Wolf armor. Either option is a requirement to face Molder.

Luckily for players, Molder is a relatively easy boss fight, especially compared to Bonemass. She can attack from the air or ground, but her abilities are easy to avoid after learning their patterns. While in the air, Molder can attack with ice projectiles that deal 200 points of frost damage, so consider having frost potions on hand to help stay alive.

Molder can also perform a swipe attack with her claws while on the ground or a biting attack that does the same damage. Players can expect a frost breathe attack that does a considerable amount of frost damage, and avoiding it is key. Molder is immune to frost damage, so consider other options in this battle.

After beating Molder, players will receive a trophy and ten Dragon Tears. The tears serve to create an Artisan table, which allows players to craft several new items. Placing the Molder trophy on the sacrificial stone grants the ability to change the direction of the wind while sailing.

Yagluth is the final boss in Valheim and is a terrifying, crawling monstrosity. Players need Fuling Totems to spawn Yagluth, which appear in Fuling villages or dropped by Fuling Berserkers. Players can spawn this boss in the Plains biome, in locations resembling Stonehenge, and reading runestones or exploring can show the way to the spot.

Yagluth is a slow enemy, but his powerful attacks make up for his lack of speed. Players should come equipped with the best armor possible and must prepare for fire damage. At this point in the game, players should have access to Silver and Blackmetal swords, which are excellent choices for this fight.

Players should also carry a stack of fire resistance bartlett wine, which will help negate some of the fire damage from Yagluth. If you want to fight the boss from a distance, consider crafting Frost arrows to deal significant damage.

Yagluth’s right hand will glow blue just before he slams the ground, dealing considerable damage to everything in the area. This attack is unblockable, and fire will remain in the area of effect, dealing damage over time.

Yagluth will also summon a meteor shower by lifting his red-glowing left hand, causing stones to crash from the sky. Anyone in the landing area of the rocks will take damage, but it’s easy to avoid them.

Finally, Yagluth will also breathe a straight line of fire and rotate towards the player. The individual damage is not enough to kill a player, but consecutive hits can mean death. Each attack is avoidable, so learn Yagluth’s signal and stay alive.

Defeating Yagluth grants the Yagluth trophy. Players can place it on the sacrificial stone to receive a resistance to fire, first and lightning.