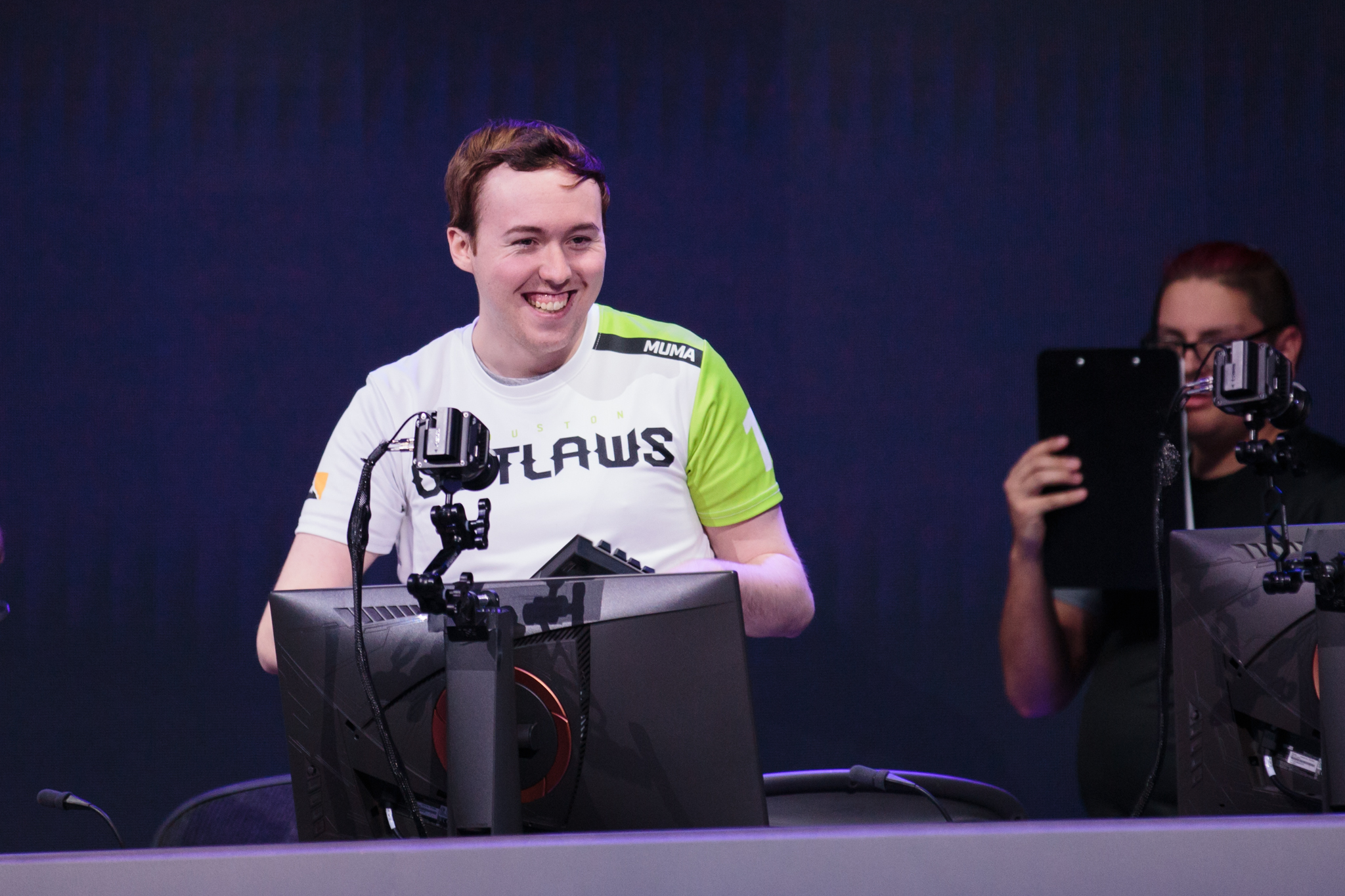 There are less than two weeks until Overwatch League’s first stage title matches and three teams stand at the top of the leaderboards—Seoul Dynasty, New York Excelsior, and London Spitfire.

While it’s unlikely that any of those three will get pushed out of contention for the stage one title, there are two teams that still have a chance: Houston Outlaws and Los Angeles Valiant. That’s thanks to their two wins last night in the Overwatch League, bringing their respective records up to 5-2. Los Angeles upped their chances for the playoffs with a win against Philadelphia Fusion, and Houston improved their odds with a win against San Francisco Shock.

Heading into the match last night, Houston had the advantage record wise. San Francisco are hovering around the bottom of the standings just above Dallas Fuel, Florida Mayhem, and the winless Shanghai Dragons.

With star DPS player Jiri “LiNkzr” Masalin out sick, Houston proved themselves a team with a bench of capable players. Yesterday, it was DPS Matt “Clockwork” Diaz that stepped in as a back-up. Clockwork did what he had to to keep his team in the game throughout the series, but it was Austin “Muma” Wilmot that impressed with his calculated tank play, whether it be on Winston or Orisa.

Houston’s map wins came on Numbani, Temple of Anubis, and Dorado. But it was a moment from Oasis—where San Francisco stole a map—that showed off Muma’s quick-thinking. With San Francisco in control of the point, Houston moves in as a unit for a safe, slow push onto the point. San Francisco has the ultimate advantage, with both a Zenyatta and a Genji ultimate. As soon as San Francisco support Nikola “sleepy” Andrews presses the button for Transcendence, it’s Muma that renders it useless, taking sleepy out of the fight with a cleverly placed Halt burst, which pulls sleepy into the map’s well.

Zenyatta’s lack of mobility abilities forces sleepy to navigate his way to Oasis’ staircases—a long way back to the point. It’s just enough time for Houston to flip the point back into their favor.

The clip also demonstrates some of the problems San Francisco faced throughout the entire series, of which there were plenty. Communiation seems to be off, in particular, with regard to support player Daniel “dhaK” Martínez. If he’s not picked first—which isn’t entirely his own fault—the Mercy player has been mismanaging his ultimate use.

San Francisco doesn’t have any real chance to make it to the stage one title match, but their scores as the Overwatch League matter for the first season’s finals. They’ll face Florida Mayhem on Feb. 2, while Houston Outlaws will face Seoul Dynasty.