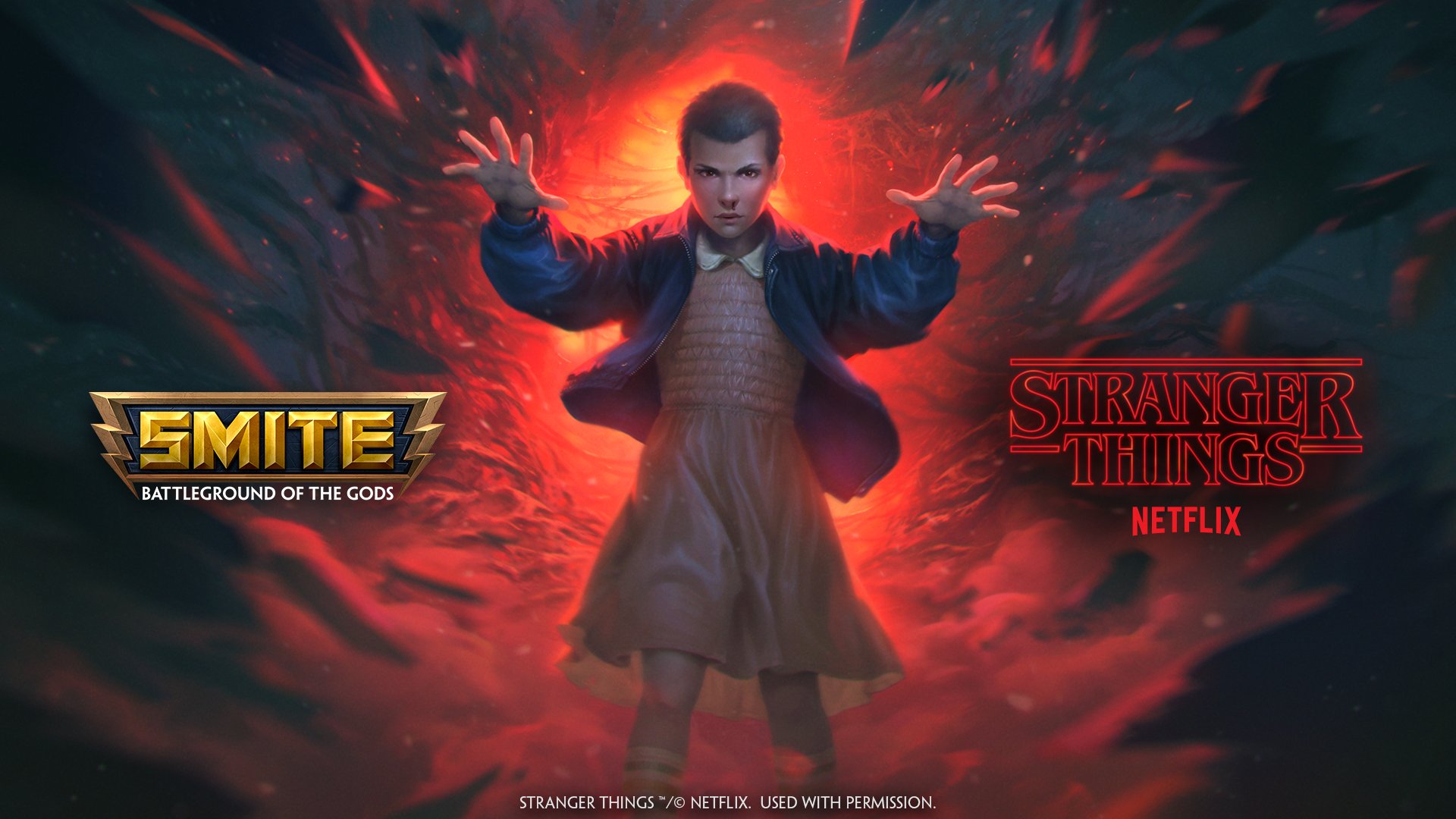 Unless you’re stuck in the Upside Down, you’ve probably heard of Netflix’s hit show, Stranger Things. And now, it looks like something strange is on its way to Smite, Hi-Rez revealed today.

Your eyes aren’t deceiving you. It looks like Stranger Things skins (or at least a skin) are coming to Smite. The only information Hi-Rez has revealed thus far about the collaboration is the graphic in the tweet below. In the graphic, we see one of the show’s main characters, Eleven. Portrayed by Millie Bobby Brown, Eleven has abilities that the other children can’t begin to explain.

When looking at this stylized version of Eleven, odds are one specific Smite god comes to mind: Scylla. Known as the Horror of the Deep, Scylla is also a child with what you might call special abilities. Scylla has the ability to use magic and command monsters. Both Scylla and Eleven are children who you wouldn’t stand a chance against in a fight.

If Eleven isn’t introduced to Smite as a skin for Scylla after seeing this graphic, we’re sure most people in the community will be surprised. Stranger Things has a variety of other characters that would mesh well with gods from Smite too. Excluding the other human characters who could work for a plethora of gods, another obvious choice would be the Demogorgon for Bakasura.

If you’re surprised by Smite’s decision to collaborate with Stranger Things, you aren’t alone. But it may not be justified. Smite has famously collaborated with Avatar: The Last Airbender and the Teenage Mutant Ninja Turtles. That being said, this collaboration is surprising because Stranger Things is a live-action show as opposed to the others that are animated.

It looks like Hi-Rez is willing to give fans some cool skins from a plethora of different media. You’ll be able to find out the details of this courageous crossover during tomorrow’s Summer Games Fest at 1pm CT.