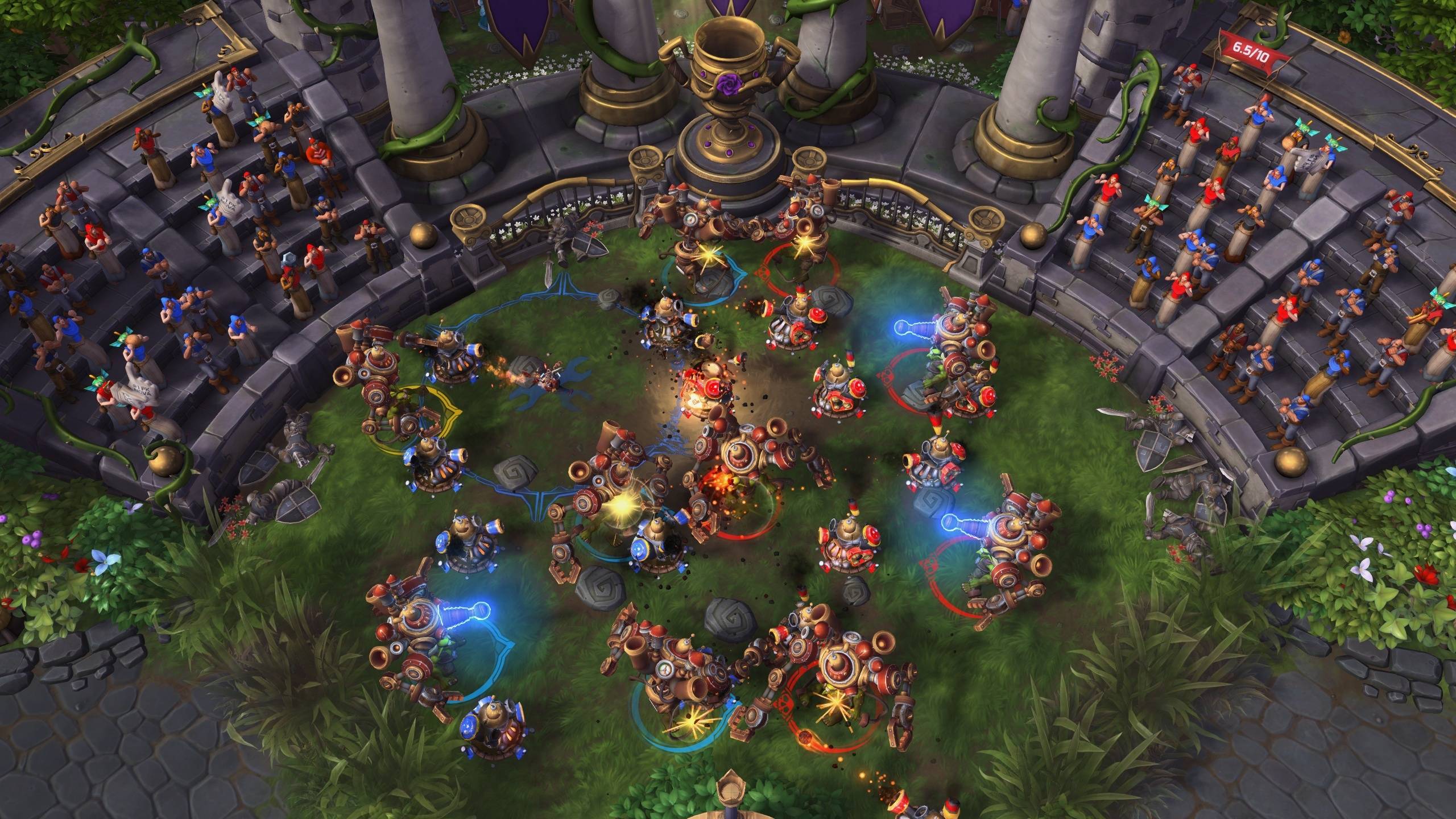 Heroes of the Storm‘s newest game mode might have been shown off extensively at last month’s Blizzcon—but it will be a long time before players can get their hands on it.

Arena Mode, in which teams of heroes picked from a random selection of three face off in a single lane, won’t be arriving in the game until late next year.

That’s according to game director Dustin Browder, who confirmed the planned release window to a fan on Twitter.

@MJshorty7410 @HuntardTaibe Arena is not early next year. Late next year.

Blizzard talked about Arena extensively at this year’s Blizzcon. The development team showed off a large number of maps rendered in game, and talked in detail about heroes would be selected. But it will still be close to a year before players get their hands on it.

This may be due in part to other new features and developments that Blizzard is prioritizing, like the new matchmaking engine to replace the modified StarCraft one currently in place.

While fans are eager to get their hands on the new game mode, they can’t be too upset about a lack of new game content as new heroes continuing to arrive at a strong pace and the map pool continues to expand.