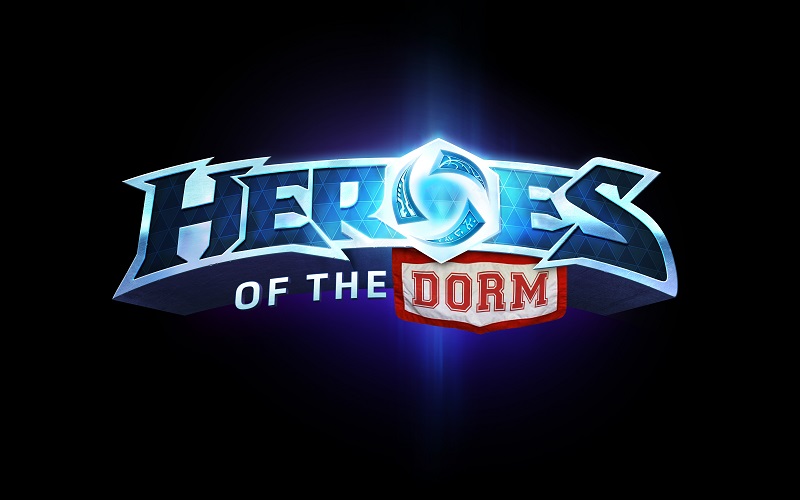 One of the first Blizzard-backed Heroes of the Storm competitions isn’t going as planned as delays and rules confusion continue to make a mess of Heroes of the Dorm.

The competition pits teams of college players in Blizzard’s beta multiplayer online battle arena (MOBA) game Heroes of the Storm against each other in a battle to for over $450,000 in prizes. That includes over $100,000 in scholarships and an appearance on an ESPN affiliate during the final round of the tournament called, in March Madness style, the Heroic Four.

The event is run by TeSPA, a college esports organizer that was absorbed by Blizzard over the past two years starting in Nov. 2013. The organization began by running the Lone Star Clash series of events

But its handling of Heroes of the Dorm has apparently become, as one Reddit user put it, a “big fuckup.”

Organizing an online tournament with over 800 teams is no easy task, especially when a large number of them only signed up to receive beta keys, not to actually compete in the event.

Problems with scheduling and no-shows combined with website bugs, like one where one user had to wait for the development team to add in the “Upload Replay” button that should have been available in the backend from the start, led to a delayed tournament. That’s not unusual for a massive online tournament, but participants expected Heroes of the Dorm, hosted by Blizzard with professional production promoting the tournament and the potential to appear on ESPN, to reach a higher standard.

To compensate for those delays, TeSPA decided to push Round 6 and 7 of the event, originally scheduled for Sunday, to the next weekend—Easter weekend. Some teams and players were forced to forfeit, unable to compete during a time they planned to spend with friends and family.

With the Round of 64 already scheduled for April 11, this weekend was perhaps the only viable time for TeSPA to fit the unplayed rounds, taking the players’ college schedules into consideration. But the conflict with Easter isn’t the only problem that reared its head this weekend.

The organization changed its tie-breaking rules after matches were played, according to one competitor on team SneakyBeakyLive. The original tournament rule, per this screenshot, lists “Match Wins > Game Wins > Tie Break Score” as the tie-breaking rubric. That would put SneakyBeakyLive, stuck in a five-way tie with 6-1 match records, through to the next round thanks to their group leading 13 game wins.

But the current rules on the website list Tie Break score as the deciding factor after wins. That’s likely the right rule, due to how scheduling works in a tournament like this. SneakyBeakyLive lost to UMD Terps, one of the other four teams tied at the top of Group 14. Each of the other four teams put up a 1-1 match record against the other teams at the top. SneakyBeakyLive never had a chance to play against those top teams, but that’s because they lost to UMD Terps earlier in the tournament, giving them weaker matchups later in the event, likely contributing to their match score.

Of course, that scheduling may be a bit unfair to SneakyBeakyLive, but that’s the reality of hosting an 800 tournament with a Swiss format. The issue here is changing the rules retroactively after the event is complete, even if the new rule is likely the right one.

That’s just part of the reality of what’s been a headache event for most of the participants in one of the biggest Heroes of the Storm tournaments yet. In many ways that’s to be expected from an online tournament with so many competitors, but fans hold Blizzard and TeSPA to a higher standard.

Update 11:00 AM CT, April 7: TeSPA has released a statement apologizing for the erroneous information regarding the tie breaker rule originally published in their FAQ:

“Due to some inaccurate verbiage in our Tournament FAQ, there was a misunderstanding about how teams are ranked within the group stage qualifiers, and we’d like to provide some clarification here:

·         The Swiss system that we used ranks teams based off of match results followed by tiebreaker scores (T1, T2, then T3). By design, the system does not use game score to determine rankings in any way, as tiebreaker scores are designed to provide a more accurate measure of the stronger teams based on the strength of the teams they played.

·         On Saturday morning, a user brought it to our attention that the FAQ mentioned that game score would be used to order players. This is not how the site works (nor is it intended to work this way). As soon as we became aware of the discrepancy, we changed the FAQ to correct it and accurately reflect how teams were being ranked.

·         Throughout the weekend, teams were ranked according to match score and then tiebreak score. This was consistent throughout the weekend and never changed. When distributing the final results, we added a line to the rules summary to provide clarity on the logic the system uses to rank teams, not to change the results in any way.

We hope that this better explains why we made a change the text changes that we did. We apologize for any misunderstanding that may have occurred.”