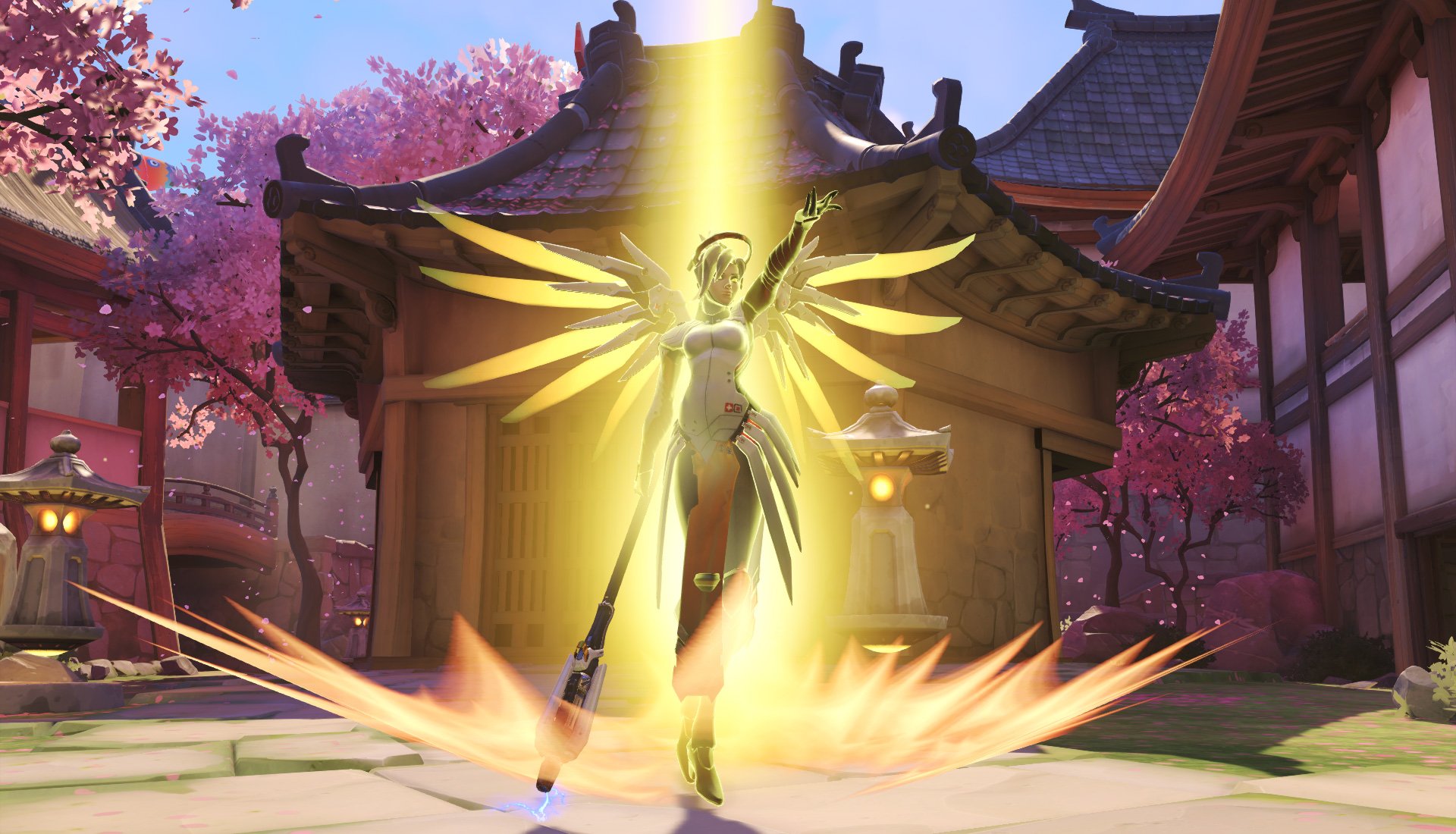 Overwatch ultimate voice lines are instantly recognizable. It’s an audio cue that notifies enemies and allies that an ultimate is being used. “Justice rains from above” invokes memories of Pharah’s rockets blazing down, while a “ryūjin no ken wo kurae” is a surefire sign that Genji’s blade approaches.

But according to Overwatch lead writer Michael Chu, Mercy players won’t be stuck with “I will watch over you” for much longer. “I’m not sure about the time frame it’ll go out, but we are going to switch Mercy’s Valkyrie ultimate to use her old lines, “Heroes never die!” and “Helden sterben nicht!” along with the skin variants,” Chu wrote on the Overwatch forum. “And they won’t play when she uses Resurrect.”

Those skin variant lines are attached to Mercy’s Devil, Imp, and Witch skins. For the Devil and Imp skins, Mercy says, “Heroes never die… for a price!” Witch Mercy uses the “my servants never die” line. With her Valkyrie and Sigrun skins, Mercy’s ultimate voice line is changed to “til Valhalla!”

Overwatch fans on the forum are pleased. “I got out of bed, ran over to the computer, and logged into the forums just to ‘like’ this post,” one user wrote. “I’ve wanted this the moment it left, and now it’s going to be a reality. Thank you.”