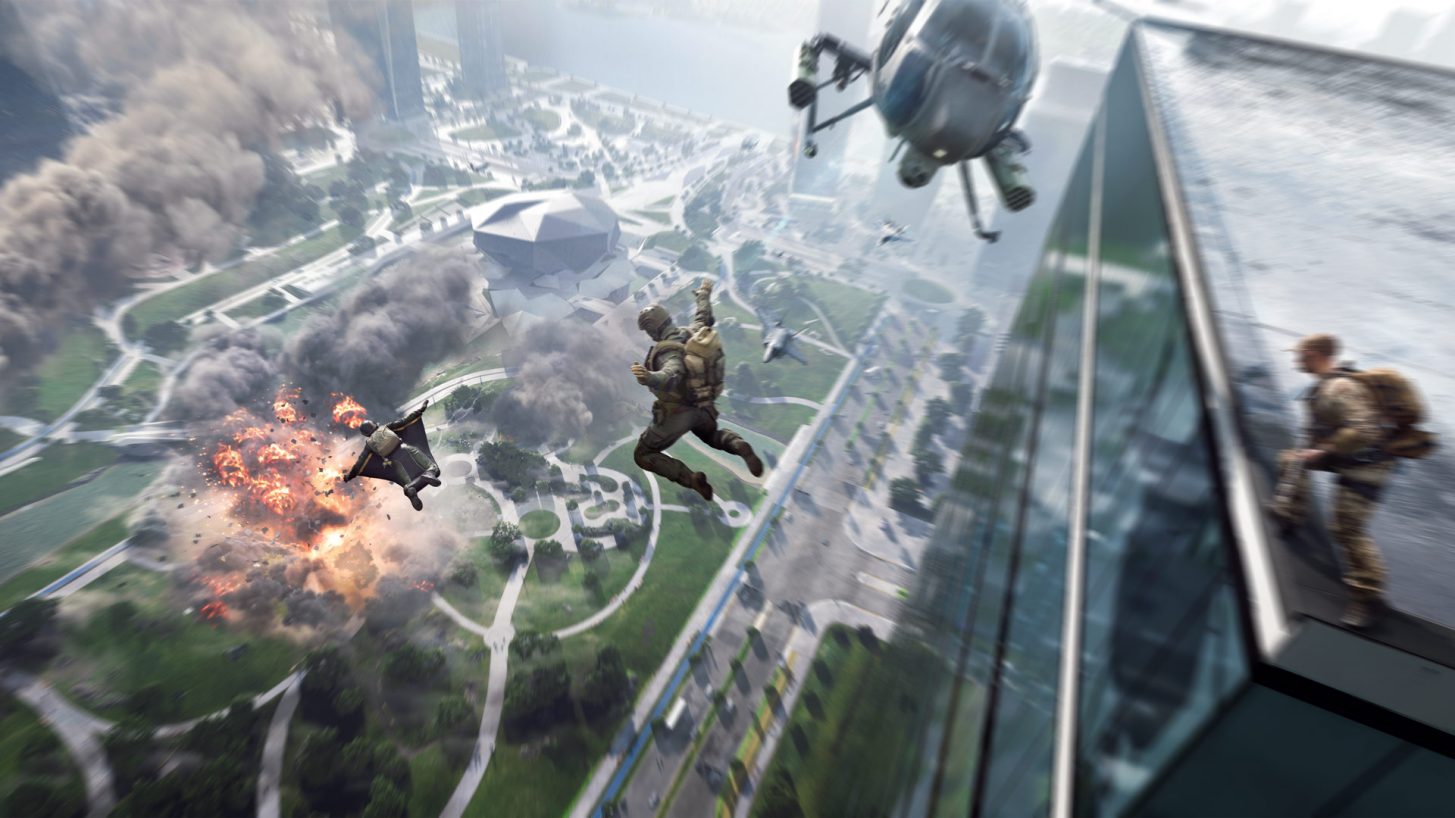 After three long years, we’ve finally gotten a taste of Electronic Arts’ next installment in the Battlefield franchise, Battlefield 2042. The new trailer injected every single fan with enough hype to last them until this October, which is when the game is slated to be released.

The series has always been known for its vast, populated warfare that spans across multiple facets of battle, including jet fighters, tanks, boats, and more. Things aren’t changing whatsoever for Battlefield 2042 and the game is bringing even more variety to the mix for players to enjoy.

There are four game modes that have been confirmed for the new title so far. Here’s what we know about them.

One of Battlefield‘s classic game modes, the massively-scaled sandbox battle will now support 128 players on Xbox Series X|S, PlayStation 5, and PC. Players set out to capture and defend Control Points scattered around the map in an attempt to run down the enemy team’s number of spawn tickets by killing them or capturing points. If a team’s number of tickets drops to zero or is lower than the enemy’s by the end of the round, they lose the match.

Breakthrough is another mode that’s been featured in the last two installments of the series. The game mode has attacker and defender sides, with the former trying to push forward until they conquer the entire map while the defenders try to hold the line and keep the enemies at bay. Each area has also been designed to hold more players.

Not many details have been given about Hazard Zone, but EA said it’s “a tense experience that combines edge-of-your-seat gameplay with the best of the Battlefield sandbox.” More information will be coming later in the year about this new mode.

Another unnamed game mode has also been revealed by EA, “created as a love letter to [their] core fans.” More information will be revealed about this hidden game mode at EA Play Live, which will be taking place next month on Thursday, July 22.