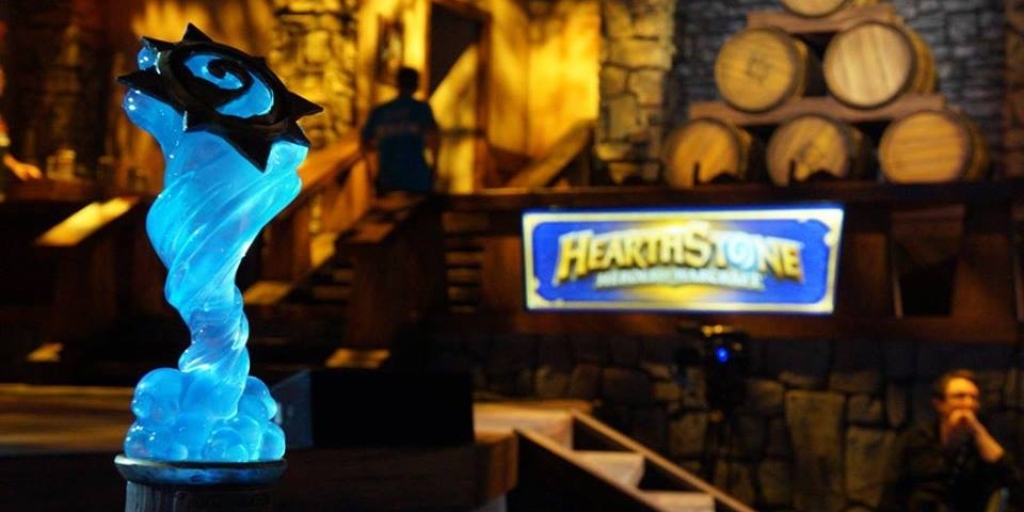 After six months of a gruelling qualification process, after outlasting hundreds of others in regional tournaments both online and offline, just 16 players remain in the Hearthstone World Championship.

With four players each from Europe, the Americas, China and Asia-Pacific making it through the gauntlet of regional qualification, they’ll now battle for regional pride and the small matter of a $100,000 first prize. And then there’s the small matter of the true prize: being crowned the world champion.

Tomorrow, the group stage begins. Over the course of three days, half the field will be whittled away. With the start of the tournament almost upon us, and player groups and lineups finally released, it’s time to get all the information you need about the biggest Hearthstone tournament of the year.

Will Europe prove too strong?

Europe is widely considered to have the strongest lineup in the World Championship. On paper, that certainly appears to be the case—between them, Europe’s players have five wins and 18 top four finishes in major events. Adrian “Lifecoach” Koy has been one of the year’s standout players and Sebastian “Ostkaka” Engwall has shown signs of finally taking his excellent skills on a run at the top level.

The European champion is Thijs “ThijsNL” Molendijk, who has hit form at the perfect time with just three losses in his last 20 matches. Known for his mastery of the Druid class, Molendijk is switching it up for the World Championship with Mage, Warrior and Priest—the only player bringing priest in the tournament. With the the Mage more than likely a Freeze Mage, this indicates a very heavy control style from Molendijk in a meta that many predict will be aggro-focused. With Druid and Paladin missing from the lineup, Molendijk is foregoing two of the most heavily favored classes right now in favor of a new strategy.

Rounding out the cohort is Eugene “Neirea” Shumilin. While he may not match the pedigree of Molendijk and Koy, his lineup of Mage, Paladin and Druid looks strong—and he has the might of the Liquid analysis team behind him.

Can America make it two in a row?

The American cohort, in contrast with the Europeans, is weaker on paper this year with Cong “StrifeCro” Shu and 2014’s eventual winner James “Firebat” Kostesich losing in the qualification stage.

In Americas regional champion Ryan “Purple” Murphy-Root, however, there’s a real chance the region can claim another victory. Murphy-Root was Kostesich’s main practice and testing partner going into last year’s event and now has the chance to emerge from his shadow and claim victory for himself. The wrinkle in his lineup is definitely Rogue alongside Mage and Druid, as Rogue is considered one of the weakest classes right now. Though he isn’t the only player bringing it, it’s clearly a niche choice. But with Paladin expected to be strong it could give him good answers to the meta.

Justin “JAB” Black is another strong contender, after only reaching the regional championship stage in 2014. Streamer Dylan “Hotform” Mullins and relative unknown Victor “Nias” Shelstad round out the group.

China’s Wang “TiddlerCelestial” Xieyu made it all the way to the final in 2014, and a year later China are itching to go just one step further.

Though Xieyu also failed to qualify, his team mates Hong “Zoro” Yijie and Guo “DieMeng” Zihao will be making the trip to California. Part of the team currently dominating China’s Hearthstone Team Story competition, the pair might not have experience on the international stage but they have been very strong domestically. In a recent warm-up event, Yijie went 6-0 against some of the best players in China and Korea. At the same event, Zihao defeated fellow World Championship contender Hakjun “Kranich” Baek 5-1.

Zihao has definitely brought the more unorthodox lineup of the two, with Shaman and Hunter alongside Paladin. Shaman is considered very weak right now, but in competitions like the Team Story the Chinese players are required to play with every class in the game. This gives the Chinese players the edge in having the opportunity to test these weaker classes in live competitive environments, and Zihao clearly thinks he knows something most players don’t.

Can Asia-Pacific mount a challenge?

To many, APAC is the unknown quantity in the Hearthstone World Championship. Outside of Korea the regional scene is relatively underdeveloped, and these players have yet to be exposed to Western fans.

The major exception to this is Hakjun “Kranich” Baek, who is the only player from last year’s World Championship to qualify again. While he has been relatively unsuccessful in the intervening period—winning no major events until the APAC regional championship—making it through the gruelling qualification process two years in a row means he has to be part of the conversation.

For the hardcore followers of the scene, another name to keep an eye on is Vietnam’s Lan “Neilyo” Tran. The Southeast Asia scene has come forward a lot in 2015, and Tran has been the king of that region. In a sign of that growth, SEA dominated Korea in the recent WCA Asian qualifier—a tournament Tran won, booking his place in one of the year’s few post-Blizzcon majors.

Post-Warsong Commander nerf, Tran is one of just four players keeping faith in the Warrior class for the World Championship.

How will the Warsong nerf affect the meta?

With just a few tournaments and around 10 days between the change to Warsong Commander and the World Championship, the meta is unpredictable to say the least. The players have done their best, and while many predicted that Paladin would reign supreme less than half of players have picked it including only one in Europe and none from North America.

Twelve have unsurprisingly opted for the super consistent Druid, with some perhaps favoring the class’s new, aggressive archetype. Hunter has returned to a top spot with eight players choosing the famously aggressive hero, and seven players have opted to include Mage.

Freeze Mage looks to be a strong pick in the new meta, though some may opt for Tempo Mage as a more aggressive or midrange option if the rest of their line-up is more control orientated.

Most excitingly, all nine classes will be represented at the tournament.

The Hearthstone World Championship is undoubtedly the biggest tournament of the calendar, but this year it feels much more like an end-of-season finale. With three expansions since the last World Championship the game has changed beyond recognition in many ways.

Whether you cheer for your favourite streamer, class or nationality, the tournament promises to be a celebration of everything that makes Hearthstone great—vibrant personalities, unpredictable moments and highly skilled play.

Esports moves fast and so do we. Check out today’s Quick Cast.