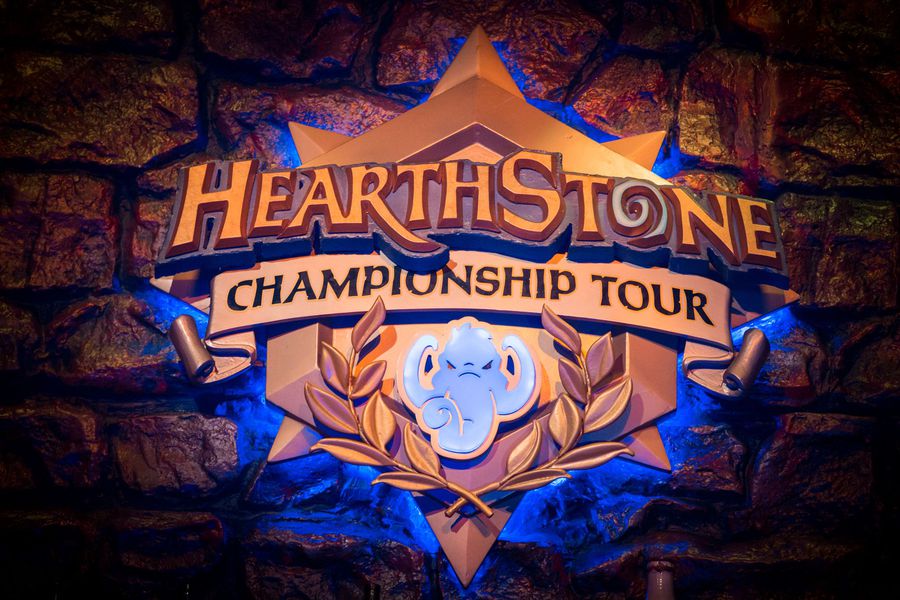 Blizzard is bringing the Hearthstone Championship Tour down under for the first time in 2018.

HCT Sydney is the second of the new Tour Stop events, part of Blizzard’s commitment to holding a major in every region every month. That’s a huge expansion of the HCT program—and provides more opportunities than ever for players to get noticed and turn pro.

The lineup for HCT Sydney reflects the newly-recognized strength of the Asia-Pacific region. After being under the radar for the first few years, at least to players and fans in the west, Chei “Tom60229” Wei Lin of Taiwan took home the World Championship last month. Kim “Surrender” Jung-soo, a veteran player like Tom60229, reached the semifinals. While neither of those players are competing this weekend, a new crop of names are looking to make an impact on the world stage.

With eight spots reserved for APAC and four for Australia and New Zealand, players from around the world had to come through the global qualifier. But in the end, three of the four players who made it through that qualifier also represent APAC, and they beat some of the best players in the world in the process. With a chance to show off to fans around the globe, HCT Sydney could be the real coming out party for the strength and depth of the APAC region.

The lone player from outside the Asia-Pacific region is Edwin “HotMEOWTH” Cook. HotMEOWTH is also the only player in the lineup to have appeared at a Hearthstone World Championship, after he won the 2016 HCT Americas Summer Championship.

One noticeable absence is Alex “Navi00T” Ridley, one of Australia’s most popular Hearthstone players. Navi00T made it to day two in two of the qualifiers, but was unable to secure the final wins required to make it to the main tournament. He put his result down to a poor line-up composition, and, in particular, his choice to bring Quest Rogue.

Despite the lack of well-known players, there’s not been a lack of controversy. Japanese player “glory” caused a stir in his qualifier when he was penalised for including a card that was not in his submitted decklists. Pro player, Paul “Zalae” Nemeth, tweeted his dissatisfaction after losing to glory’s Skulking Geist, which caused some of Twitter and Reddit to accuse him of cheating.

The organizers of the qualifier tournament penalized glory with a one-game penalty, which is in line with HCT rules. He had, however, already reached the final four and qualified for Sydney Stop before the issue was picked up, meaning the penalty had little impact.

At the two HCT events that have been played so far, four classes have dominated the meta: Mage, Paladin, Priest, and Warlock.

This class is sure to feature heavily, as the struggle for supremacy between Control Warlock and Cube Warlock rages on.

Cube Warlock currently seems to hold the upper hand for ranked play, but the post-nerf tournament meta remains in flux.

As the most effective counter to Cube Warlock, Control Warlock is likely to be a popular inclusion.

Anyone who thought the nerf to Raza, the Chained would kill Priest was sorely mistaken. While the previously unstoppable Highlander Priest has disappeared, a range of strong Priest archetypes have taken its place.

Big Priest is the deck that everyone loves to hate. Its heavy reliance on RNG has earned it a reputation for being mindless to play. Playing the deck well requires more skill than many give credit for, however. The right card choices and plays can make a big difference, but it’s true that playing Barnes on turn four is usually a free win.

Spiteful Priest is vying for the top spot with Big Priest, both in terms of RNG-reliance, and popularity. The deck has a decent spot in the meta, though its popularity has been falling in the weeks since the nerfs.

Dragon Priest is still being refined, and in reality, is two or three archetypes being rolled into one. This archetype can range from very aggressive Inner Fire-based builds, through to control builds featuring Mind Control and Alexstrasza. It’s difficult to gauge much about how this deck might perform.

In the absence of Aggro Paladin, Murloc Paladin now reigns supreme as the top aggressive deck in the format. Murloc Paladin massively benefits from the changes to Patches the Pirate, while the disappearance of Highlander Priest is just the cream on top.

Patches’ loss of its Charge ability means that playing a Grimscale Chum on turn one results in some kind of board presence. Previously, the one-health Chum was vulnerable to easy trades when Patches appeared on the board.

In recent days, a new Paladin deck has risen on ladder. Dude Paladin performs very well against Secret Mage, which struggles to win against wide board. This week’s Vicious Syndicate Meta Snapshot said Dude Paladin has “broken the meta”, but how it performs in tournament play remains an open question.

Exodia Paladin saw a rise in ranked play following the nerfs, but it’s unlikely to see much representation at a major tournament.

Secret Mage rose in the meta after the nerfs hit Aggro Paladin and Highlander Priest, two of its weaker match-ups. The deck’s solid performance against both Control and Cube Warlock has allowed it to carve out a spot as one of the strongest aggressive decks in the meta.

The big surprise on the Tour so far has been Control Mage. After Andrej “Bequiet” Traudt won HCT Germany with a with a line-up that included the deck, it was one of the more popular decks on the Copa América stop. The deck is almost non-existent in ranked play, however, with less than 16,000 games recorded across all decklists in the archetype on HSReplay.