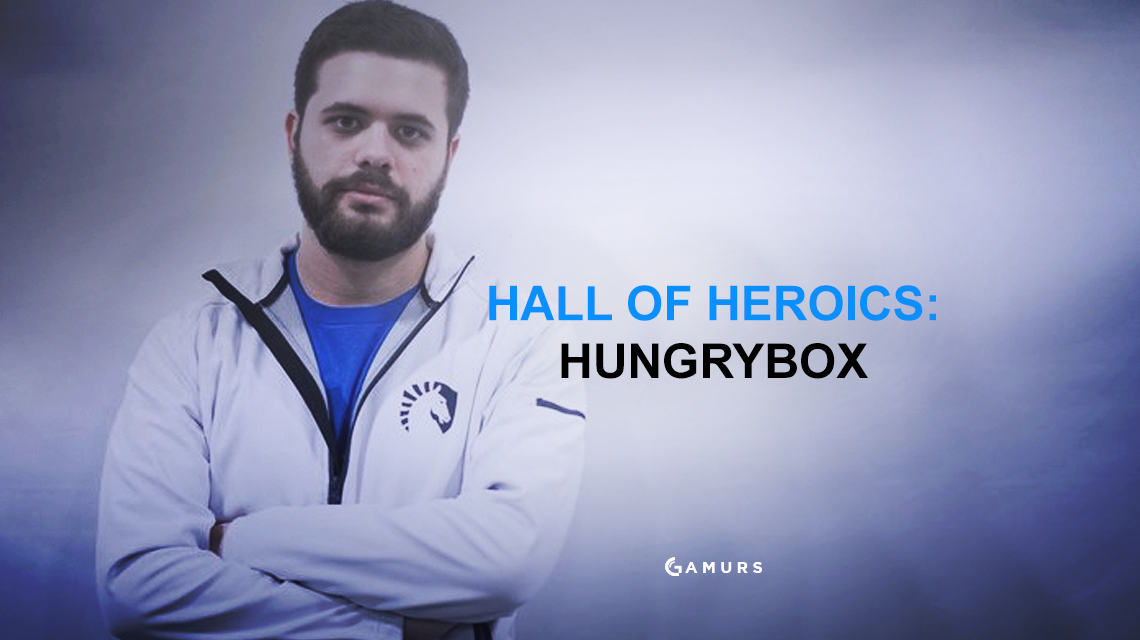 The Hall of Heroics is a series based on community votes that looks at a particular player or team in the esports scene. I will be analyzing them and their triumphs, as well as giving a lot of love to who they are and what it is they did to earn a spot in the “The Hall of Heroics.” In this installment, we look at Smash Bros. player Juan “Hungrybox” DeBiedma, currently, at the time of writing, a Team Liquid player.

Sometimes the dreams you had when you were 13 actually come true.

A man is not defined by his accomplishments or by the size of his stature; a man is defined by what he does and how he carries himself. It takes a lot of guts to follow what you believe in and what you believe is the right thing to do. With Hungrybox, you can see the type of conviction needed to rise to the top of not only your career, but also your life.

In Melee, this guy constantly made the top-eight in every tournament he attended over the past few years. He has been a solid performer, pushing the Melee scene to new heights with fellow players like Armada and Mew2King. It is also refreshing to see more Jigglypuff players, especially after my friend and ex-Smash Pro Dapuffster left the scene.

I personally tip my hat to Hungrybox, who recently decided to pursue his ambitions of playing Smash full-time. Sure, in our industry, a lot of people follow suit, but coming off his impressive EVO victory, which was one of the best EVO performances in a long time, Hungrybox as a player and a personality has been voted by his fans to be the first Smash player to enter our Hall of Heroics. Hungrybox will be joining Albus NoX Luna’s League of Legends player Kirill “Likkrit” Malofeyev as one of the first in their respective esports to enter the Hall of Heroics.

The Jigglypuff king seems like a great title for Hungrybox after all, and he is a perfect addition to the Hall of Heroics.

Got a player or team you want us to cover from the esports scene? Send us an email or tweet @GAMURScom to let us know who should join our Hall of Heroics. The Hall is not limited to one scene; the Hall is welcome to all those who the community believes should by enshrined in it.