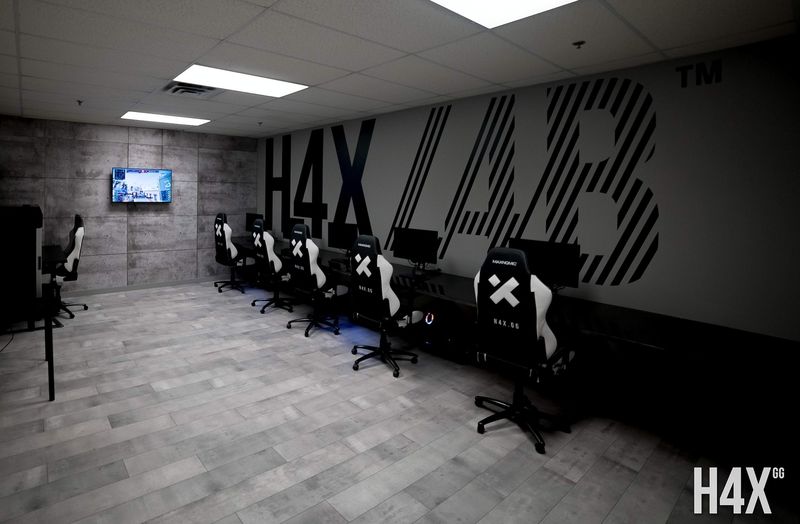 H4X, a company best known for its esports performance and athleisure apparel brand, is now stepping into the esports lab game with the H4X L4B.

H4X is one of the official sponsors for both DreamHack and ESL events, and its new performance lab is set to help teams have a gaming facility that they can use to help prepare for tournaments.

Located at H4X’s global headquarters in Montreal, the lab has several tournament-ready rooms, a fully decked-out studio for players to stream from, and both an apparel design lab and retail shop for H4X products. The area is also equipped with a gym, lounge, and on-site chef to help maximize what teams can get out of their time at the facility.

“H4X L4B offers pro-players the opportunity to scrim and hone their skills, while our in-house kinesiologist closely monitors their game-play and reaction time for further research and product development,” said H4X CEO Cole Gurman. “The lab encompasses more than just functional utility—it helps foster a cohesive culture, creating synergies within our team alongside other organizations with a variety of different interests.”

H4X has partnered with both BenQ and iBUYPOWER to provide tournament level gaming monitors, accessories, and high-end gaming PCs for the lab, too.

The space will be used by partnered teams for pre-tournament boot camps and other R&D sessions with pro players. FaZe Clan recently hosted a boot camp at the lab for its Rainbow Six Siege team before the R6 Invitational took place.

Outside of hosting sponsored teams like compLexity Gaming, H4X also plans to eventually use the lab as a way to host tournaments and allow amateur teams to practice. More labs in North America, and eventually Europe, are in the works as well.