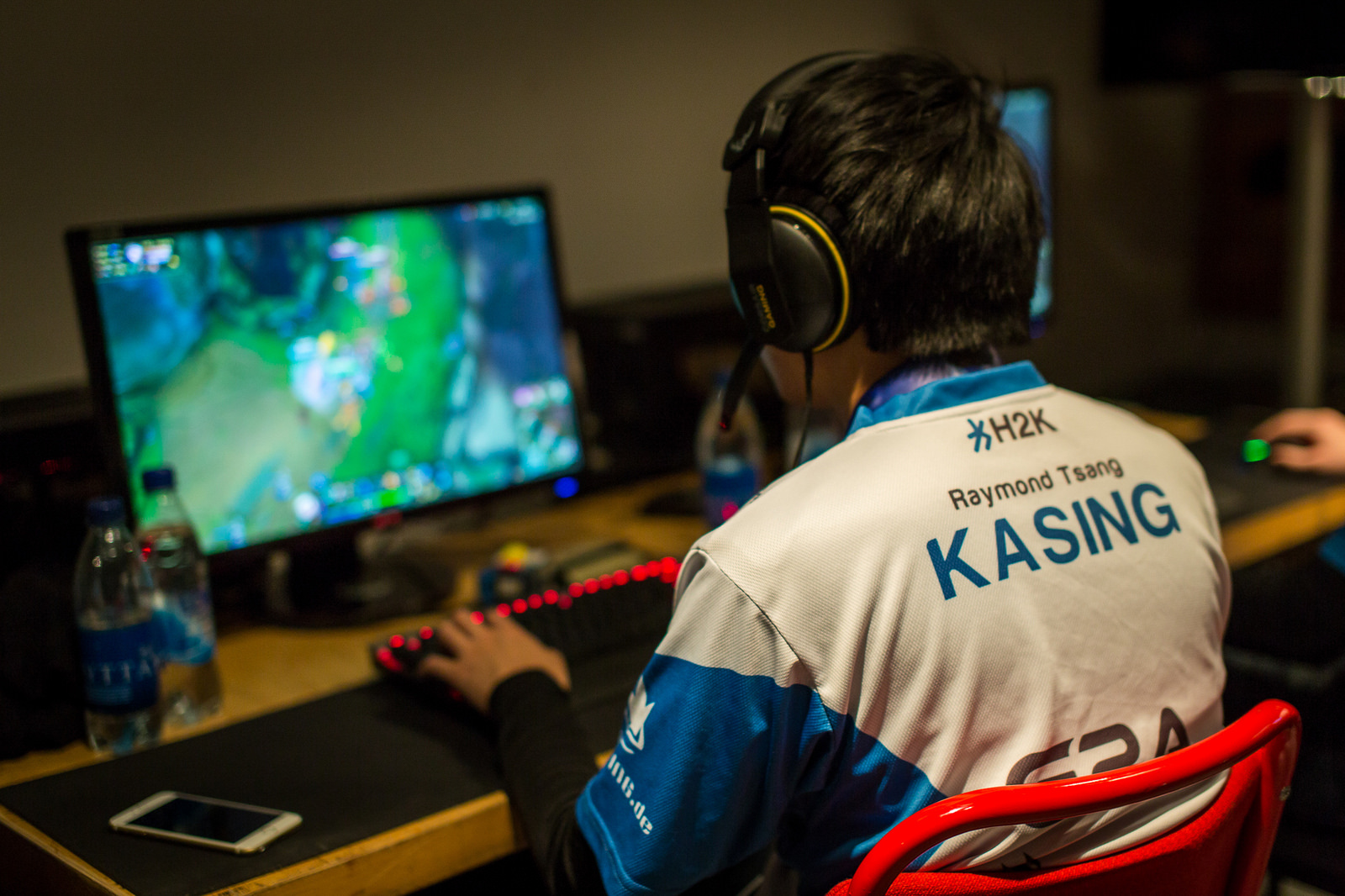 H2K Gaming drew the short straw at the draw for groups at the League of Legends World Championship. Europe’s third seed found itself in a group with Korea’s SK Telecom and China’s EDward Gaming—the two favorites to win the whole competition .

And after the first day, things are going pretty much as predicted.

H2K faced off against SKT earlier today. And despite a brave effort from H2K, the No. 1 seed coming out of arguably the No. 1 region in the world quickly dashed their hopes of an early upset.

“I think we could have won that game, just based off the fact we had a 2K gold lead in the early game,” H2K gaming support player Raymond “KaSing” Tsang told the Daily Dot. “SKT have a really nice playstyle, they force people mid and we can’t do anything about it because we react too slow. They just strategically outplayed us and that’s why we lost.”

One of they key factors in SKT’s victory was top laner Jang “Marin” Gyeong-Hwan, who posted an impressive performance on Fiora. “I think Marin played really well but it wasn’t outstanding.” Tsang said. “His TP plays were not really optimal in some teamfights and it was us letting him get away with it that let him play so well.”

The disappointing start to the group stage compounds just how difficult it will be for the European side to progress. With just one game down, however, there is still a lot to play for.

“I still think it’s possible to progress, because as you saw in our game versus SKT, they’re meant to be one of the best teams in the world and we still managed to get ahead in the early game.” Tsang said. “As long as we keep our morale high I think it’s still doable.”

For Tsang and H2K to achieve, that means they’ll have to topple one of the two titans. After falling to SKT, their next opportunity will come against China’s EDG tomorrow.

Looking elsewhere in the tournament, Tsang says he thinks fellow Europeans Origen “have a good chance” of getting out of their group. “The problem is, Origen are really good at laneswaps. But when they go up against a team that plays a different style of laneswap they don’t know how to respond to it.”

The favorites to make a deep run in the tournament from Europe is, of course, the region’s No. 1 seed, Fnatic. They’re entering the tournament off the back of a dominant and undefeated LCS split. After victory on day one, they’re the easy favorites of their group.

“I think Fnatic have shown that they’re very good but I think they will progress just because of the group they are in. I think they have a pretty easy group with AHQ, IG, and C9.” Tsang said. “I think Fnatic are good though, they would do a lot better than we did if they faced up against SKT.”

Tsang and H2K return to the stage tomorrow where they take on yet another behemoth: EDG.

“I don’t really want to stand here and be too optimistic and say we’re definitely going to make it because we have two powerhouse teams with us in SKT and EDG,” Tsang said. “It depends on how our game goes tomorrow, if we win against EDG tomorrow we have an okay chance. But if we lose it will look pretty bleak.”

The H2k-EDG match is the fourth game tomorrow. A win would see the Europeans take a 1-1 standing after two difficult matches, while a loss would mean they’ll need to secure a victory against EDG or SKT when Group C reaches its conclusion on Oct 9.

Get ready for the weekend in esports with our new show: The Leaderboard.