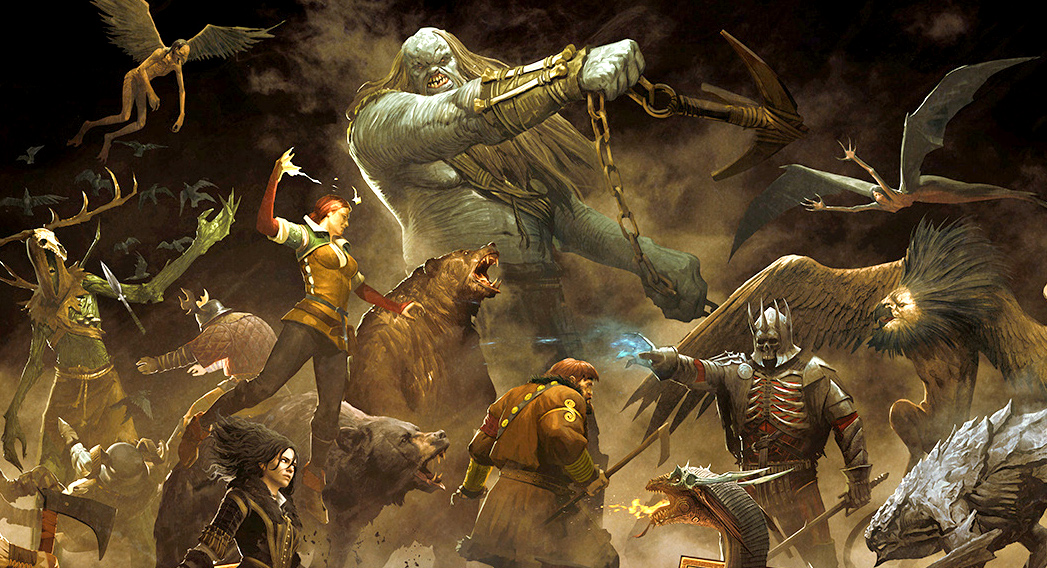 Gwent is a strategic online card game that has been plucked straight out of the hugely popular The Witcher franchise.

Because of The Witcher’s staggering success, there’s a lot of hype surrounding Gwent, so you may be excited to jump in and try it out. Unlike other popular online card games, Gwent exclusively requires skill and trickery to succeed over your opponents, rather than elements of RNG and luck. Because of this, it can be a daunting task when you sit down to play Gwent seriously for the first time.

Fortunately for you, however, it’s much easier than it looks. Here is our beginner’s guide to Gwent.

You will pick a deck from a certain number of factions. After you click play you will be matched against an opponent.

Each game of Gwent consists of three rounds. To win the match, you need to win two out of three rounds. Players take turns playing cards until one of them passes, indicating that they do not wish to spend any more cards for the rest of the round. The remaining player may continue to play as many cards as they like. The aim of each round is to obtain more points than your opponent without throwing away all your hand to have steam for next rounds.

While at first you might be tempted to go all-out in the first round, it’s counterproductive since you draw two cards going into the second round and only one card going into the third round, therefore managing your starting hand is a very valuable skill which you need to possess.

If you are falling behind in the first round, sometimes accepting defeat is the only option you have if you want to come back into the second and third round.

Gwent offers five distinct factions to choose from, each with their own unique playstyles. It’s worth trying all of them out to find the one which best suits you. The options are:

The most important rule to remember in Gwent is that Strength wins games. Each card has a Strength value attached to the upper left corner of the card, and when you play a card, it adds to your total Strength, which is displayed on the left side of the board. If you have more total Strength than your opponent when the round ends, you win the round.

The tricky thing about Strength, though, is that you can’t just play all of your cards until you have an insanely high total Strength when the game starts. You only draw one card per round, and you have two win two out of three rounds to win the game. This is where the trickery of Gwent starts to come in. You have to decide which rounds to use your cards that will guarantee you the win, because if you blow all of your cards in the first round, you won’t be able to beat your opponent in the next to rounds. Speaking of which…

Strength dictates who wins the game, and for that, you should always pay attention to the Strength of the cards in your hand and each player’s total Strength on the board. But there’s another number you need to pay very close attention to, because it could determine the outcome of the game on its own.

This is where things become very skill-oriented. If you run out of cards in your hand, you’re forced to pass your turn for the rest of the game, so the opponent knows exactly how much Strength they need to defeat you, and they can keep playing their own cards until they win.

Gwent is all about baiting your opponent into passing their turn at the right time. For the beginning of the game, you want to place out just enough cards to get your opponent to have to use more of their own cards to overcome your total Strength.

On the other side of the coin, you can bait your opponent into passing their turn too early. If they pass, they end their turn for the rest of the round. If you can figure out a way to overcome their total Strength without using more cards than they used before passing, you can win the round and maintain enough cards to overpower them in the second round, ultimately winning the game.

Strength isn’t the only thing a card can bring to the table. Some cards have special abilities that can cause some sort of beneficial or harmful effect on the board. For example, Triss Merigold’s card causes her to deal five damage to a unit when her card is played. Special abilities and Ability cards are the only ways to damage your opponent’s cards. If you damage a card, its Strength is lowered by the ability’s specified amount, and if the damaged card’s strength hits zero, it is removed from the board entirely.

Cards can fall under one of three card types. There are melee cards, ranged cards, and siege cards, and there is a section for each card type on the playing board. Each card’s type is indicated by an icon on the left of the card, just below the card’s strength. If you’re facing an opponent with a Scoia’tael deck, that means they may have a lot of ranged cards, so you’d want to take an Impenetrable Fog card to deal damage to the entire row of ranged cards.

When you begin the game, you’ll immediately get a starter deck for each faction, so you can try them all out to see what suits you best.

The Northern Realms are all about raw power and playing heavy-hitting cards. There are also several cards that give one another armor, which is a defense against abilities that can harm them. If a card has armor, the ability will damage the armor without lowering the Strength of the card.

Skellige is all about playing duplicate cards to boost each other’s Strength, and cards that boost their strength levels when they are discarded from the board. The Skellige decks employ Resurrection cards that can be used to bring back the cards from the graveyard. Since being sent to the graveyard boosted them to begin with, they come back even stronger. Skellige likes to make you think they’re close to being defeated, but they can bring a big card back and turn the tide at any moment.

The Monsters deck operates by swarming the board with weaker cards. Many cards summon other monsters onto the board at once, but typically they aren’t very high in value, so row-damaging abilities, like Impenetrable Fog, work very well against Monsters. The Monsters deck also has several cards that summon Frost and others that are boosted when Frost is active, so always pack a Clear Skies card with you when you face a Monsters deck.

The Scoia’tael have two types of big decks: a dwarf deck and an elf deck. The dwarf cards and elf cards both boost their own races significantly multiple cards are played. Dwarf cards are typically melee, and elves have some powerful ranged units. Try using damaging abilities against Scoia’tael decks before they can play more cards of the same type. But be careful, they may try to bait you into thinking they’re one type of deck, and turn out to be another.

Nilfgaard is the trickiest deck in the game. Rather than relying on cards to boost one another’s Strength, Nilfgaard deploys many spy cards instead. When played, you actually put a spy card onto your enemy’s board, giving them a low amount of Strength, but it lets you draw another card from your deck in return. As we said before, more cards mean a better shot at winning, so even though you’ve given your opponent more Strength, you may end up on top after all.

How to get more cards

In order to extend your collection, you’ll need to acquire cards from Card Kegs or craft them. The kegs can be purchased with in-game currency or real-life money. Gwent’s model requires you to win rounds to unlock daily rewards. For example: if you win six rounds in a day, you earn 100 ore. That is enough for one keg.

If you get to twelve rounds, you earn a further 75 ore, and so on. The key point here is that you do not have to win games in order to progress — you only have to win rounds. So if you lose a match, but win one of the rounds, you will still progress towards your daily rewards. As a new player, it may be smart to focus on winning at least one round as you’re getting the hang of the game.

Opening a keg grants you five cards. The first four will be random, whereas the fifth one will be presented to you as a choice of three. This makes it easier to start building new decks for your favourite faction, as you can pick their cards over those of others.

If you prefer to craft them, you’ll need a special resource called Scrap. This currency can be obtained by recycling cards you don’t want, or any extra copies you may have. Be aware that the starter leaders and those obtained in solo challenges cannot be found in kegs. If you recycle them, you will have to craft them if you want to get them again.

Gwent has a lot to offer for fans of strategy games and online card games, and it’s fresh and different enough to not feel like a carbon copy of industry competitors. The soundtrack is beautiful, the game is fun and a real challenge, and the animations are stellar. Anyone can play Gwent right now. Head on over to the game’s website to get started playing.