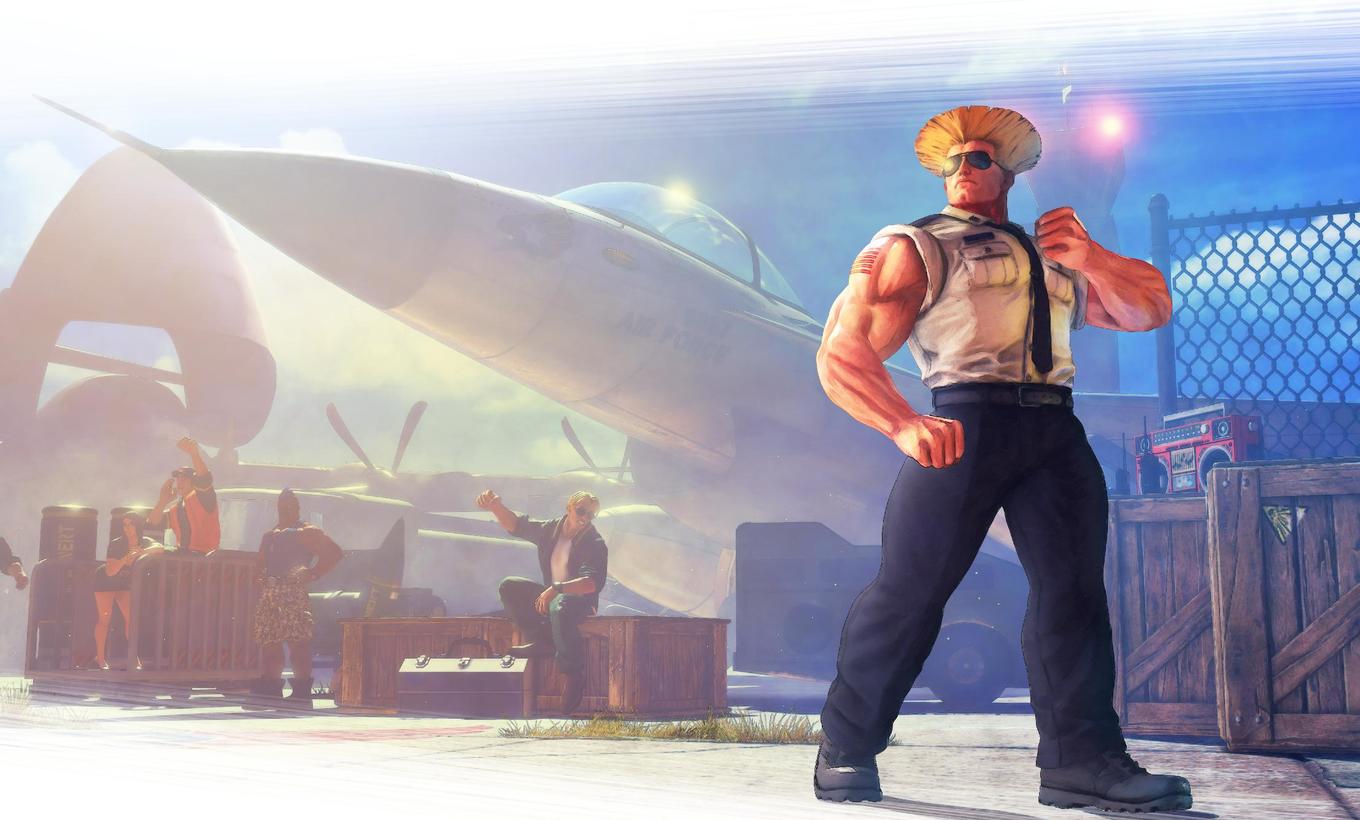 Street Fighter V players will soon be able to go home and play as a family man.

Street Fighter developer Capcom confirmed that Guile will be the second DLC character released for Street Fighter V. The first details of the character were in a blog post by Harrison Young on Monday. The company then showed off Guile, his iconic stage, and his theme song that goes with everything in a trailer on Tuesday.

Guile will be released alongside the game’s April update. An exact date for the release was not announced.

Guile has been a staple of the Street Fighter series for the last 25 years, so many of his moves will be familiar. His trademark anti-air Flash Kick (called a Somersault Kick this time around), Sonic Boom projectile, and incredible normal moves are all there. But he’ll have some new moves as well, and they could make Guile very difficult to deal with.

Like Alex before him, Guile will be free for all players to use upon his release. The free period will end once Capcom launches its in-game Zenny currency, which can be purchased for real-world money. Each DLC character will cost 600 Zenny, which will equate to $6.

Guile and all other DLC characters can also be purchased with Fight Money, an in-game currency earned solely through gameplay. Each character will cost 100,000 Fight Money. Players earn 10,000 Fight Money for clearing each character’s story mode and smaller amounts for playing online matches.

Like all of the game’s DLC characters, Guile will be allowed at Capcom Pro Tour events one week after he is released. Alex, who was released at the end of March, has been legal for the past two Pro Tour events, Cacomp Arena Jam and West Coast Warzone 5. Alex was not used in the top 16 of either event.

Guile might see a bit more play than Alex thanks to his appearance in Street Fighter 4. He was used by several of the top players in that game, including Du “NuckleDu” Dang and Kevin “Dieminion” Landon. Both players have primarily used Nash in Street Fighter 5, as that character’s moveset is the most similar to Guile’s among the 16 characters included in the game’s launch. For his part, NuckleDu tweeted his excitement about Guile on Monday.

Waking up to news about Guile. Oh yeah! B)

Alex and Guile are two of the six characters that make up the game’s first “season” of DLC characters. The other four will be Balrog (aka Boxer), Ibuki, Juri, and Urien. While the order has not been announced officially, Alex and Guile were the first and second characters listed from left to right on the image that Capcom used to confirm the identities of the DLC characters, meaning that Balrog’s release next month is a strong possibility.

Along with Guile’s release, Capcom announced improvements to the game’s matchmaking function and a system which will prevent players who constantly rage quit from playing online for a period of time. Both issues have been problem areas for the game since its mid-February launch. Ironing out the game’s online issues will be critical to the success of the company’s plans for online Capcom Pro Tour events. Capcom plans to run eight online tournaments throughout the world later this year.

Need more SFV? Check out Best of III on Youtube!