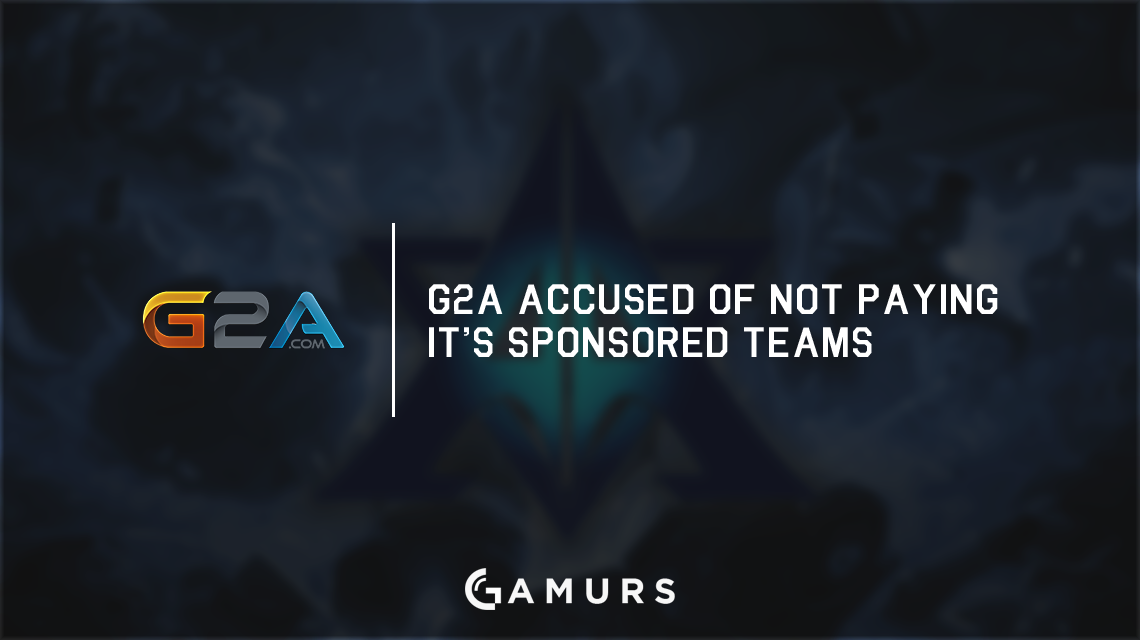 G2A has been a well-known sponsor in the esports industryfor a long time. However, recent reports show that their esportspractices have been less than ideal. In the past, G2A have beenaccused by teams such as compLexity of not paying them their sponsormoney.

This failure to pay sponsored teams the money they deserveultimately led to Team Archon being closed down due to decreasedfunding from G2A, as confirmed by Jason “Amaz” Chan on his stream lastnight.

Archon was one of the most successful and independentHearthstone teams of 2015. They had players on their rosterthe likes of World Champion James “Firebat” Kostesich, and Paul”Zalae” Nemeth, as well as Jon”Orange” Westburg. Their last remainingplayer, William “Amnesiac” Barton, is now also a freeagent. Team Archon also had several attempts at a Dota 2 squad,but never managed to really gain any significant foothold.

Amaz was picked up by NRG Esports yesterday, going from anowner to a sponsored player once more.

Despite this, G2A still sponsor a big number of esports teams.Some of the higher profile organizations sponsored by G2Aare Virtus.Pro and Na’Vi. Not paying their sponsoredteams is not the only scandal G2A is involved in.

Their G2A Pay system is also being used by certain gamblingsites to evade the cease and desist letter sent to them by Valve inlate July, and they have also been previously criticized forapparently selling keys stolen from developers.

What do you think about these accusations? Let us know bycommenting below or tweeting us @GAMURScom.