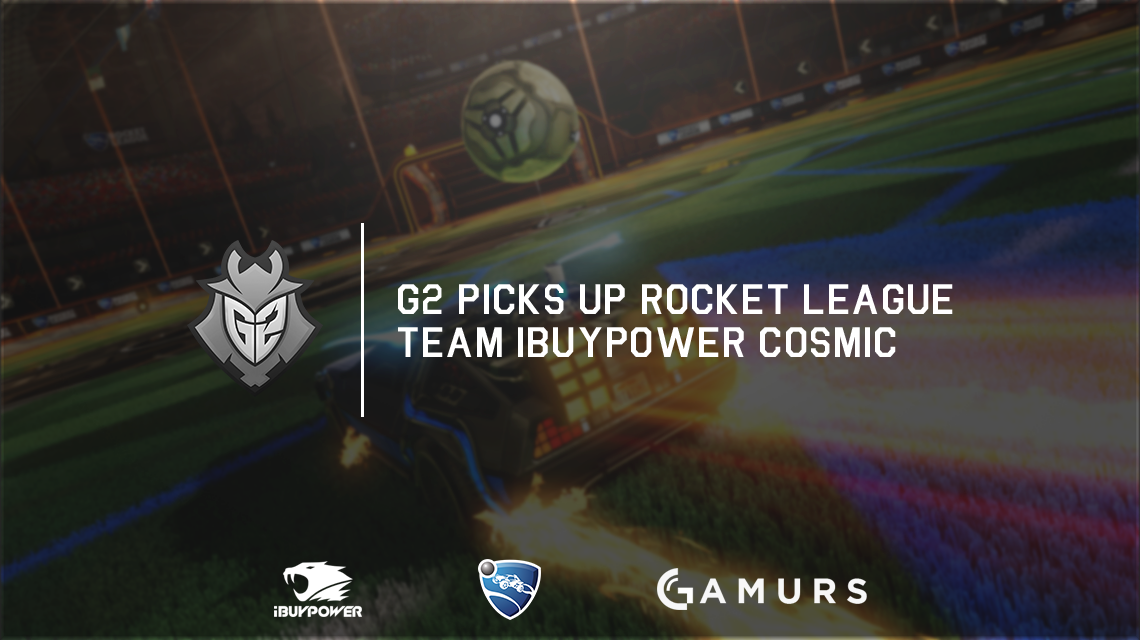 The well-known Spanish esports organization G2 Esports haveannounced that they have entered into the world of RocketLeague by picking up the current World Champions, iBUYPOWERCosmic.

Sources say that many other organizations wanted to get theirhands on the roster, but G2 managed to beat them all toit. The roster currently has Cameron “Kronovi” Bills,Brandon “Lachinio” Lachin and Ted “Over Zer0“Keil as well as Cody “Gambit” Dover as a sub and coach.

G2’s League of Legends team won the No. 1 seedfrom Europe at the World Championship this summer. By picking upthis highly successful Rocket League roster, G2 is making sure tohave two top teams heading into the fall for both games.

The team formerly known as Cosmic Aftershock, which originallyconsisted of Kronovi, Randy “Gibbs” Gibbons and Kais “Sadjunior”Zehri, has gone through another major change in branding. They arewell known for being one of the first teams in Rocket League toearn a major sponsorship from iBUYPOWER, thus changing their nameto iBUYPOWER Cosmic in November of 2015. Now, they are G2Esports.

G2 stated the following in their announcement: “The team willalso be the first ever Rocket League team to achieve their dream;to be able to live off their player salaries only and dedicatetheir full time to their passion.” It remains to be seen whether ornot the team will undergo a roster change in the future given thatthey are under a new organization.

What do you think of G2 Esports’ major investment into theRocket League scene? Let us know in the comments below or on ourTwitter – @GAMURScom.