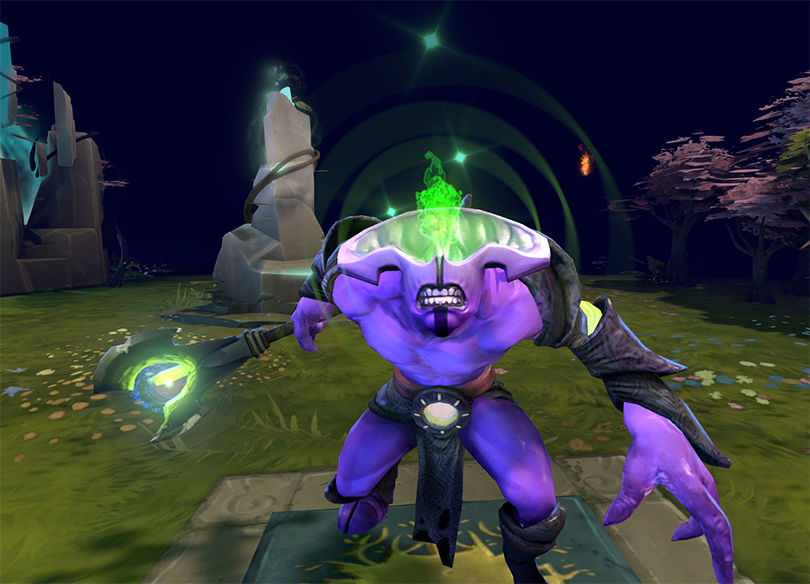 Valve will soon unveil its graphic rework of a crowd-favorite hero to the chagrin of “Lightning Mario” lovers the world over.

An alleged preview of Valve’s $8 million promise to remodel a community-selected hero made its way to the front page of Reddit yesterday, much to the delight of hardcore and casual fans alike. If the image is, in fact, the new model, then it’s no mystery why Dota 2 fans are happy with the result. After all, it’s a virtual copy of what they had.

The International is famous for its prolific crowd-funding efforts, fueled by purchases of the tournament’s “Compendium.” Each purchase of the downloadable book contributes $2.50 to the prize pool, with certain milestones yielding considerable benefits to Compendium owners. One such reward, unlocked when last year’s prize pool hit $8 million, was the promise of bracket-style vote to determine which of Dota 2‘s heroes would receive a cosmetic remodel.

The proposition was met with dubious enthusiasm by Dota 2 fans, in no small part due to the presence of some truly questionable hero models within the highly-polished game. Players have referred to Zeus, seen below, as “Lightning Mario” on more than one occasion. And Viper, also shown, is often pictured in meme form with the added caption, “kill me…”

After the first few rounds of voting, things looked good for the polygonal eyesores, albeit with some curious competition still in the running. After another couple rounds, voters began to notice that more popular heroes remained in the pool, while heroes in dire need of a rework were quickly falling behind.

Despite some last-minute campaigning, it wasn’t the heroes that needed a rework that won the contest. Predictably, it was Faceless Void—the popular hero with tons of cosmetic items to his name and a considerably less objectionable aesthetic—that came out on top.

In retrospect, the result was a no-brainer. Who would vote for the ugly hero they never play when the heavily-played, well-liked hero was in the pool?  Now fans are enjoying the fruits of the ill-fated democratic process while Zeus and Viper players wait for another opportunity to turn their ugly ducklings into beautiful swans.

Admittedly, the new Faceless Void looks ready for swimsuit season, but it’s hard to see a dramatic difference between the old model and the new. At the very least, the face paint, svelte form, and high resolution textures are an upgrade, to be sure. But alas, it’s hard to admire the newly polished silver with that pair of ugly recliners still sitting in the living room.