In just over a month, Pokémon TCG: Hidden Fates will release and give players 150 new cards to collect and build their decks with as the 2019 Pokémon World Championships approach.

The full list of cards has already been shown and there will be eight new Pokémon–GX cards, the first ever TAG TEAM trio card, Moltres & Zapdos & Articuno-GX, and 75 shiny variations of Pokémon in the set. 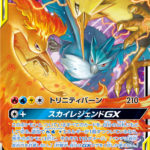 Fan favorite Pokémon like Charizard, Gyarados, and Mewtwo are getting new GX cards in the set and each of those cards will have shiny variations, too. Those will likely be hot collector items and the default versions used if any of those cards find usage in the new TCG meta. 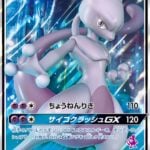 Along with all of the new cards, there are three other products for the Hidden Fates expansion that will also be made available either with the release or in the weeks following when the new packs come out.

On the same date of the expansion’s release, players can purchase the Hidden Fates Pin Collection—Mewtwo or Mew. Depending on which of the collector boxes you purchase, it will include a promo card of either the new Mewtwo-GX or Mew-GX, along with a collector pin of the chosen Pokémon and three Hidden Fates booster packs.

The tins for this set will release on Sept. 6, with players choosing between Charizard-GX, Gyarados-GX, or Raichu-GX. Each tin will include the foil version of the chosen GX card and four Hidden Fates booster packs.

Finally, the Hidden Fates Elite Trainer Box will release on Sept. 20. It will include one full-art foil promo card featuring Moltres & Zapdos & Articuno-GX and 10 Hidden Fates booster packs, along with the standard accessories included in every Elite Trainer Box, like card sleeves, dice, a player’s guide, and more.

This set will likely completely shift the meta as cards like Moltres & Zapdos & Articuno-GX add new dimensions to the game and supplemental cards will slot in and replace old deck models.

The full Hidden Fates set releases on Aug. 23, 2019 along with the Pin Collection boxes.