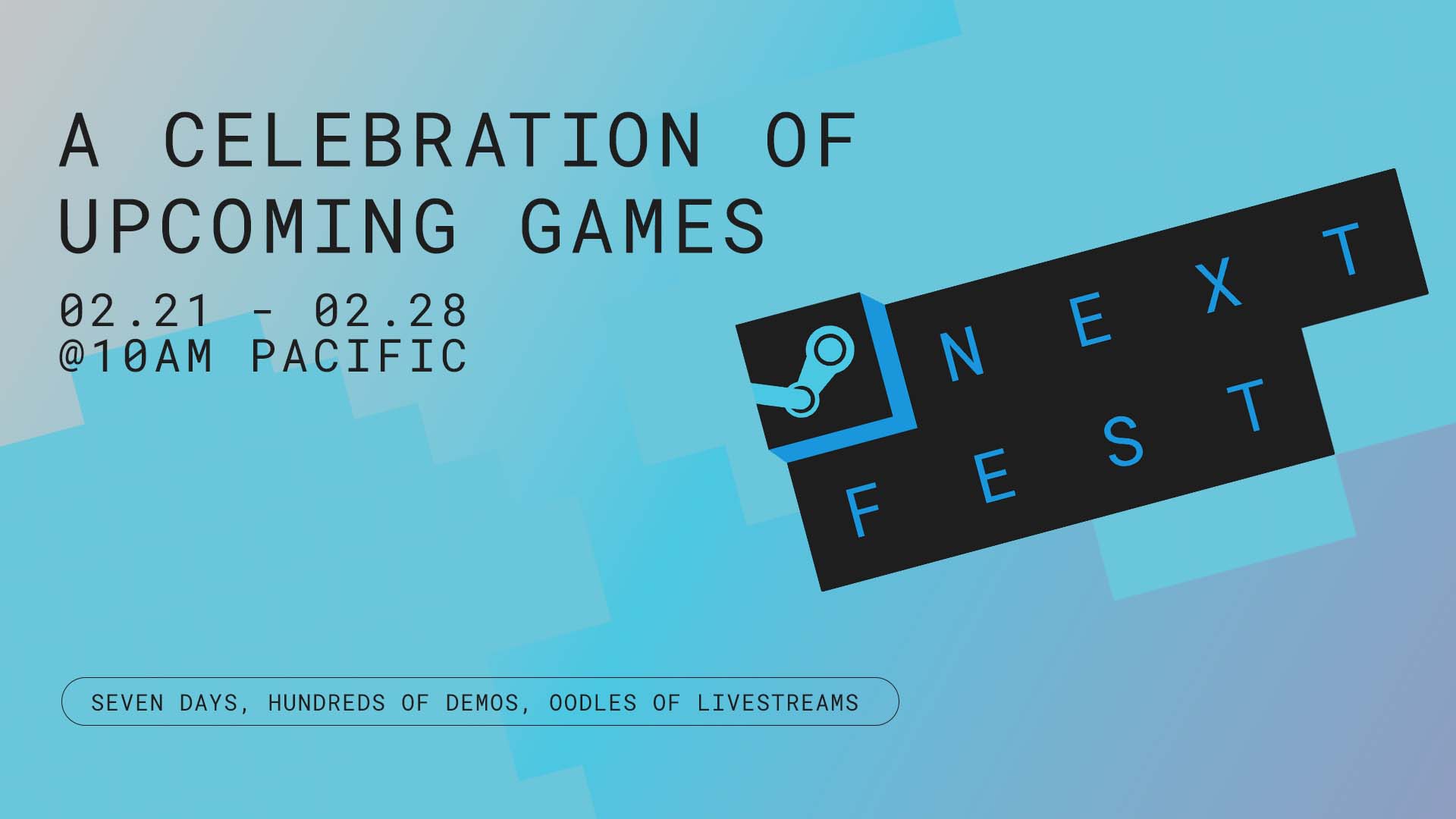 For seven days, gamers on Steam will get a hands-on look at all of the new games coming soon during Steam’s Next Fest.

Next Fest started on Feb. 21 and lasts until Feb. 28, giving gamers a full week of hands-on demos from upcoming games for free. There are slated to be over 600 games getting attention on the platform that gamers can either try in a demo or watch a livestream of.

Each day, there’s a broadcast schedule with a huge lineup of games that people can watch and decide if they’d like to wishlist. Scrolling down will then show gamers a list of demos that are available for games, which can be filtered by the most popular, most wishlisted, or most daily active demo users.

Games can also be filtered so that only the games people want to see come through the list. Players can search for tags, search a genre, browse a theme or mood, or see what games support multiplayer.

Hovering over a game on the list will instantly bring up the button to install the demo, allowing players to get their hands on the game to help them decide whether they want to wishlist it.

People browsing games will have a hard time coming across a title that has a set release date, but all of the games showcased during Next Fest are labeled as “coming soon.” There’s no set definition of what that term means, but wishlisting the game will notify players via email when the game does release. It will also stay on the wishlist, giving players a quick place to go back to it and see if there’s a new release date.

With over 600 games for players to try, Next Fest is one of the best ways to find your next favorite game on Steam.