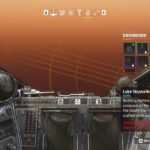 New Republic pilots can deck out their cockpits in Star Wars Squadrons with a number of dashboard skin items.

Items and customizations within Star Wars Squadrons are earned through gameplay only. There are no loot boxes, or ways to apply real money into the starfighter game. Items and skins are purchased with Glory, earned through the completion of daily objectives and special events.

When flying a New Republic starfighter, there are a total of nine collectible dashboard customizations available for purchase via Glory. These items are placed on the left side of the cockpit, located near the radar screen. From adorable Ewoks and legendary Jedi to podracing replicas, here’s every Star Wars Squadrons New Republic dashboard item.

The Luke Skywalker figurine is a rare dashboard item that can be purchased for 400 Glory. He won’t help you blow up any ships, though, only your skills at piloting can do that.

Amongst the New Republics’ pilots are a few podracing enthusiasts. The rare Podracing toy can get acquired at 400 Glory.

Known in the galaxy as a “friendly snow lizard,” and remembered as a heating blanket from Star Wars: Empire Strikes Back, the Tauntaun plush costs 400 Glory to acquire and is a rare dashboard customization item.

For fans of Jawas and their hunk-of-junk Sandcrawlers, pilots can equip the epic Minature Sandcrawler on their dash for 800 Glory. It doesn’t come with any spare droid parts, though.

As a tribute the best Republic starshipship ever built, pilots can equip the minature X-wing for 800 Glory. According to legend, the first minautre X-wings came about from broken equipment offered up from Zeralda Sage.

Allegedly created based on a drawing found in an ancient text, the Mysterious Adorable Bird customization is a legendary item that costs 1,200 Glory. It’s possible the ancient text was Jedi related but it’s unlikely.

Appearing to look a lot like Greedo, the Hosnian Kid figurine is apparently a young Rodian who made a carving of herself. According to lore, the pilot said that the carving was for “when I fly beside you, you’ll remember who I am.” The item is a legendary one that costs 1,200 Glory.

Allegedly known as the “TIE Killer,” the adorable Tuggtar Ewok plush sabotaged an Imperial landing platform. Tuggtar may have also had a crush on Princess Leia. The Ewok plush is a legendary customization that costs 1,200 Glory to equip in Star Wars Squadrons.