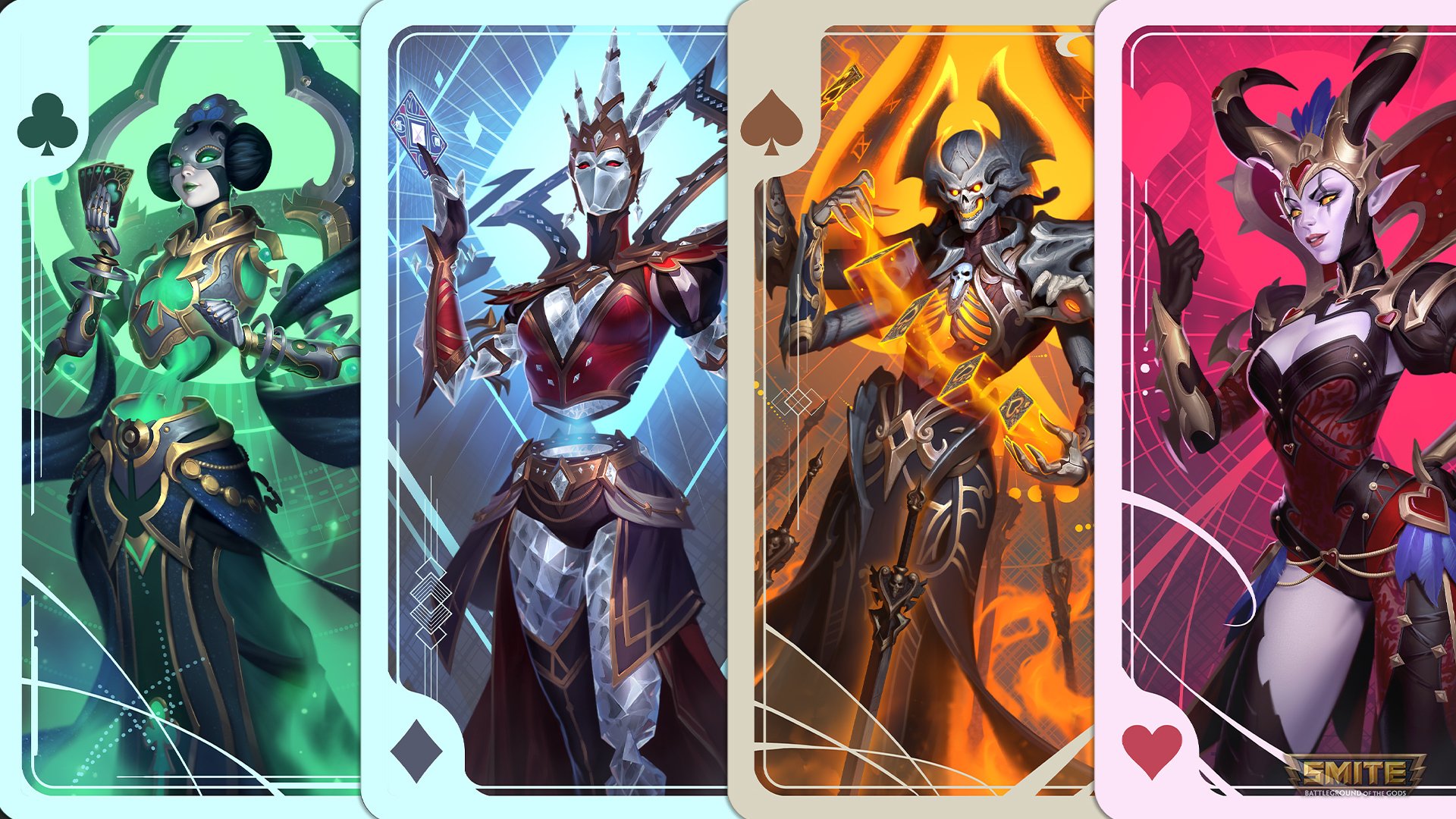 The machine that is the Smite development team continues to crank out quality skins at an alarmingly fast rate.

Smite‘s patch 9.3 will introduce over 10 skins starting at the end of this month. A number of the skins debuting with 9.3 are part of the upcoming Heavenly Light event. Though all the lore-centric details surrounding the event aren’t available, we do know it includes the debut of a new tier-five Izanami skin, Queen of Cards.

The new Queen of Cards skin has four different forms, Hearts, Spades, Diamonds, and Clubs. These forms are based on the suits from traditional playing cards. As you can see in the skin splash art featured below, Queen of Cards Izanami is essentially four skins in one.

The majority of the upcoming skins that aren’t part of the Heavenly Light event will come to us as part of the Chibi Bots battle pass. If you love Smite’s Chibi skins, as well as robots, this is the battle pass for you. Hades, Ymir, Thoth, and Cupid will all receive new Chibi Bot skins with the battle pass, all of which you can see pictured below.

You can see all of the new skins coming with 9.3 and their official splash arts below. Expect these skins to debut alongside the Heavenly Light update on March 22.