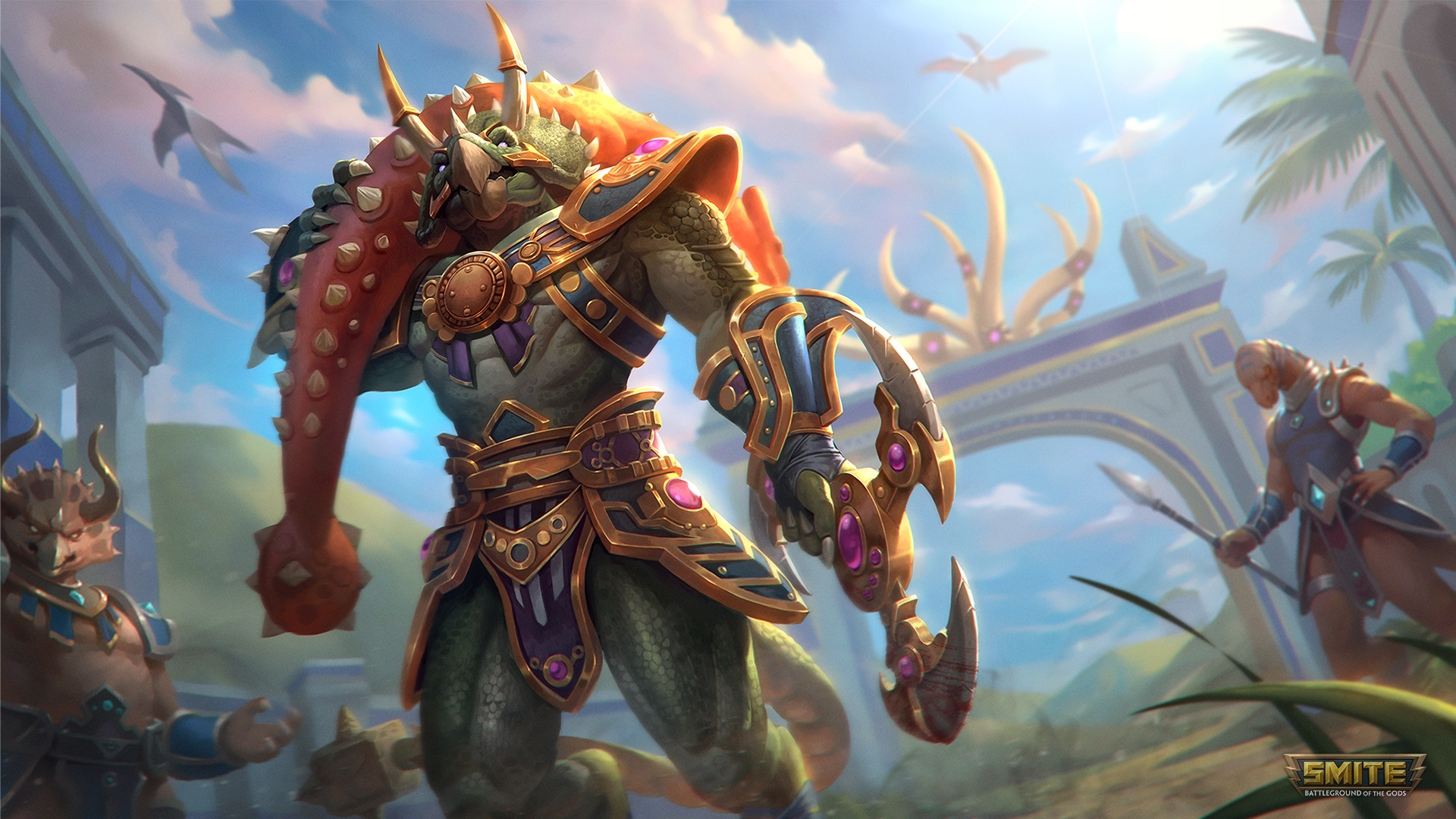 Smite is back at it again with another batch of awesome skins.

Patch 8.9 will introduce nine new skins to Smite and feature the debut of a new battle pass.

Starting Sept. 21, players will have nine new high-quality skins to choose from. Four of the new skins will debut as part of the new Cleanliness vs. Godliness battle pass. Iron Maid Bellona, Battle Mother Nu Wa, Deliverer Nemesis, and Deadly Dinner Discordia will all be introduced as part of the battle pass.

Of the three remaining skins coming with Patch 8.9, two will be in chests. Toxic Tide He Bo and Jurassic Slasher Cernunnos will be available in the Toxic Tide and Jurassic chests, respectively. The final of the nine skins is Krang Xing Tian, which players will be able to obtain for free through Prime Gaming.

Below you’ll find the official splash art for each of the new skins, as well as a tagline underneath indicating its source. For more information about Smite Patch 8.9, you can check out the official notes.

Here are all of the skins coming with Smite Patch 8.9.

Prince of the Night Hou Yi