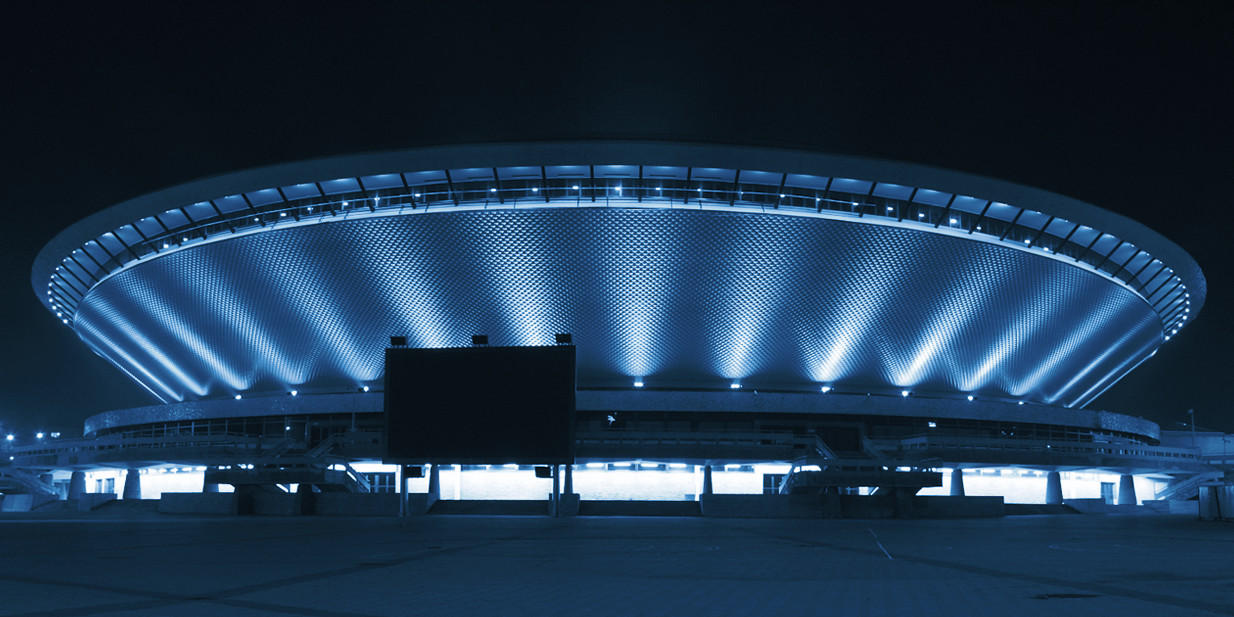 Jason Ureta opened his inbox one morning in June to discover one of the most confusing emails he’d ever seen.

For the past three years, Ureta had run e-Sports Earnings, a prize-pool tracking website. A mysterious organization was now messaging him, demanding 3 percent of his “gross annual figure” for violating a trademark for “world competitions.” The name of the organization? The e-Sport World Finals.

The account could have been a parody of a dad trying to act cool in front of his kid’s friends.

For Ureta, this was a first. His website had nothing to do with throwing tournaments. It just tracked where the money went. Why was he being asked to pay royalties for something he didn’t even do? And why did such a broad trademark even exist? He had never heard of the e-Sport World Finals, and it seemed odd that such an organization would be able to hold ransom the title for the “largest competition in the world,” especially with so many large international tournaments already in existence.

Ureta put the e-Sport World Finals on blast, broadcasting the demand letter via Twitter and Reddit. The esports community reacted with anger, which quickly transitioned to ridicule once they found the event’s homepage and Twitter feed. Indeed, soon the bizarre tale of the person behind the letter would overshadow the legal threats.

The tournament advertised itself as a November 2016 event that would take place at The Woodlands, Texas, not far from Houston.

Other details were scant, however, including basic information that most esports fans are used to seeing. You can’t just put on an “esports tournament” and have it mean the same thing to everybody—you need to specify which game will be played, and who can compete in it. The e-Sports World Finals website provided none of that information. It didn’t even say what kind of format would be used. It did list the cash prizes for top finishes, but confused things even more by saying that the prizes would be split during the “two week rule adjustment period,” as if this were a phrase common in the industry.

Despite the paucity of information, the tournament was more than happy to accept any and all donations, along with an entry fee for players. That’s right: You could pay $300 to play in a a tournament well over a year away, that wasn’t even funded, and had announced no games or notable players. This is around three times more expensive than a competitor pass to a Major League Gaming event—which you can be certain, at the very least, exists.

The e-Sports World Finals’ Twitter account was the only other place to find information by the event. Run by a man named Jake Jacobsen, the account’s various tweets referenced a mysteriously massive budget. Most concerning, however, were multiple references to the fact that the tournament needed help—because Jacobsen had no idea what he was doing.

The account could have been a parody of a dad trying to act cool in front of his kid’s friends—”do you e-sport game?” Jacobsen asked on more than one occasion. He also promised a Kickstarter for the event. In other words, Jacobsen needed your help to fund a tournament that seemed to exist only in his mind. Or it all could have been some sort of elaborate troll or inscrutable prank on the esports industry. It wasn’t.

Whatever’s hot, makes money, so basically it’s being a moth to flame.

A couple weeks ago, I spoke to Jacobsen, 52, over the phone. And he’s very real. According to him, he graduated from high school in 1981 and received a BBA from Texas State in 1986. Since then, he’s worked at various companies in the Dallas and Houston areas, primarily in the “modular building” industry—you know, those temporary offices and classrooms that get taken down and wheeled away when you don’t need them any more.

In the mid-2000s, Jacobsen started up SlixSpin Records, his own record label, and oversaw bands with names like SomeWhat Damaged and Extreme Distraction. They never got very far, but you can still find remnants of old profiles on sites like Myspace, BandMix, and SongCast. Extreme Distraction even has a song on Spotify. And, if you look hard enough, you can find a music video.

The focal point of our discussion, however, was on his self-professed “concert experience.” Jacobsen was in charge of something called the “Funk Rock Fest,” though after being pressed, he admits that it never really took off—he couldn’t get enough musicians to participate.

This is hardly surprising, since the only real record of the event is a strange Twitter account, presumably run by Jacobsen, that switches abruptly from advertising civil process services to begging famous musicians to play at the festival. The account tweeted under various names, one of which was the Kurt Russell character from Escape from New York, Snake Plissken. Like the various bands Jacobsen managed, the Funk Rock Fest went nowhere. That meant that, despite his claims on Twitter, Jacobsen didn’t actually have any event planning experience.

So, years later, it seems he’s discovered the esports industry as a platform for his event organization ambitions. The reasons to enter esports, he says, were obvious.

“It was kinda a brainstorm, an opportunity. I was actually thinking about an app for construction equipment, but I also had this in my mind… This e-gaming thing is, you know, it’s hot. Whatever’s hot, makes money, so basically it’s being a moth to flame. If there’s something going on, you want to at least be a part of it, and do it ethically and do it the right way.”

It kind of makes sense. And as plenty of companies have proven, you can get involved in esports with a small amount of investment. Take, for instance, Team Liquid, a small web forum that specialized in StarCraft for many years before emerging as a powerhouse that now has teams in every major esport and has thrown several large tournaments.

Unfortunately, Jacobsen’s entry into esports has been far from the norm. If Jacobsen’s Twitter account wasn’t enough of a bad advertisement, his litigation threats immediately plummeted any chance his fledgling idea had in the industry. And they weren’t entirely ethical, either.

The bizarre tale of the person behind the letter would soon overshadow the legal threats.

He made royalty demands, for example, despite admitting to me that he’s still “in the process” of applying for the trademark—the paperwork wasn’t even completed. He also admitted that his application probably wouldn’t be successful. Still, he seemed somehow confident that other organizations see nothing wrong paying him money to use the term “finals,” insisting that it was “just good business.”

Whether due to the bad press, or simply not having enough solid information about the e-Sport World Finals, Jacobsen’s Kickstarter and Indiegogo campaigns were pulled down just one day after being put up. In that time, he had only managed to raise $21 of his $300,000 goal—and those backings were all made simply to mock the event.

Jacobsen tells me now that his plan it to throw a series of smaller tournaments, primarily online, both because they require less initial funding, and because he wants to get some successes in before pursuing more “ambitious” plans.

He calls this rebrand the eSports Mayhem: Tournament of Destruction, and player passes for its online tournaments are already on sale. It even has its own Kickstarter, which raised only $2 before again being shut down.

Always the entrepreneur, Jacobsen also has eSports Mayhem T-shirts for sale, along with advertising for a side business, Mayhem Studios, which will make esports-related videos for $425 a minute. These videos appear to be no work of his own, though, as he has already had to advertise for video editors on Elance.

What’s more, the eSports Mayhem website is riddled with serious errors and discrepancies. For example, several of his planned events involve games such as Batman, which don’t have a multiplayer option (something of a necessity for esports), or The Division, which isn’t even released yet.

In another glaring example of weird game choices, one eSports Mayhem’s tournament is for a game simply known as Conquest. According to the site, Conquest is made by Rockstar North, and is of the “action-adventure racing shooter simulator” genre of games. There’s no evidence Rockstar North has ever even contemplated a game called Conquest, much less released one. It appears nowhere on the company’s site or in any index of its development history.

Conquest’s background image is from Lord of the Rings Conquest, a 2009 game by Pandemic Studios, with another image featuring a now-defunct World of Warcraft guide known as Warcraft Conquest. The game’s description matches that of Grand Theft Auto 5, and the page url identifies it as FIFA 2014.

Despite all this, you can currently sign up for a tournament of Conquest for $5 per individual, or $25 per team. The winning team will take home $75 and T-shirts.

Success for eSports Mayhem could, eventually, lead Jacobsen back around to his initial dream of hosting an eSport World Finals. Unfortunately, just like winning a game of Conquest, I have no idea how that will actually happen.