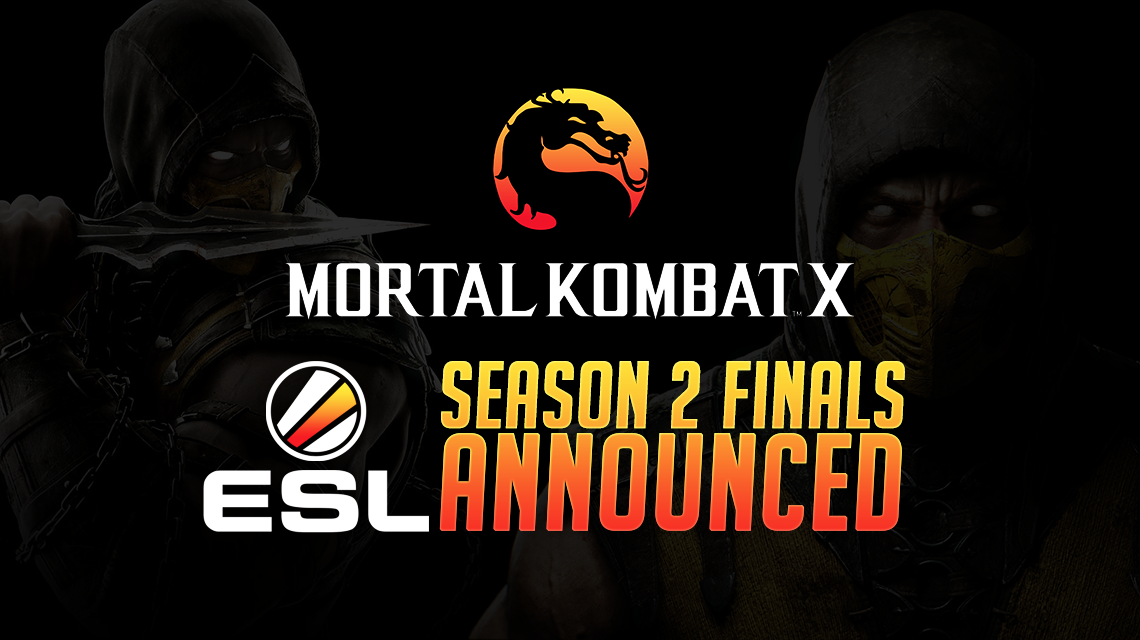 The Electronic Sports League has announced that the Mortal Kombat X Pro League Season 2 Finals will be taking place on Jan. 24, 2016 at the ESL America Studios in Burbank, CA. The top 16 players in the world will compete in a double-elimination tournament for their share in a $100,000 prize pool.

North American, European and CIS territory players are being invited based on their ESL Pro League points for a chance to compete at the ESL America Studios in front of a live-studio audience. This event, presented by Warner Bros. Interactive Entertainment and Xbox, is set to feature “a special Kombat Kast co-hosted by NetherRealm Studios’ Tyler Lansdown and Derek Kirtzic with special guests, where one of the brand-new characters from Kombat Pack 2 will be featured.” https://twitter.com/ESLMortalKombat/status/677317677497507840 After the first eight players are eliminated from this tournament, the remaining “Fatal 8” will be competing to reach the top four so they are eligible for their share of the $100,000 prize pool. The Pro League Season 2 Champion will be taking home $60,000, while the remaining $40,000 in the prize pool will be split among the rest of the top four players. This event will be streamed live on twitch.tv/NetherRealm starting at 9:00 a.m. PST, while the “Fatal 8” will start around 5 p.m. PST. Food, drinks, exhibition matches, cosplayers and more will all be offered at this event. Tickets are available for purchase here, but if you are unable to attend the event in Burbank, you could also look into joining one of the official viewing parties in Chicago and Orlando. To see the full schedule of the ESL Mortal Kombat X Pro League Season 2 Finals, along with any other additional information regarding this tournament, you can visit the official Pro League website. To view the official press release from ESL regarding this tournament, click on the link here. Will you be in attendance or watching the stream for this event? Let us know by commenting below or tweeting us @eSportsNation.