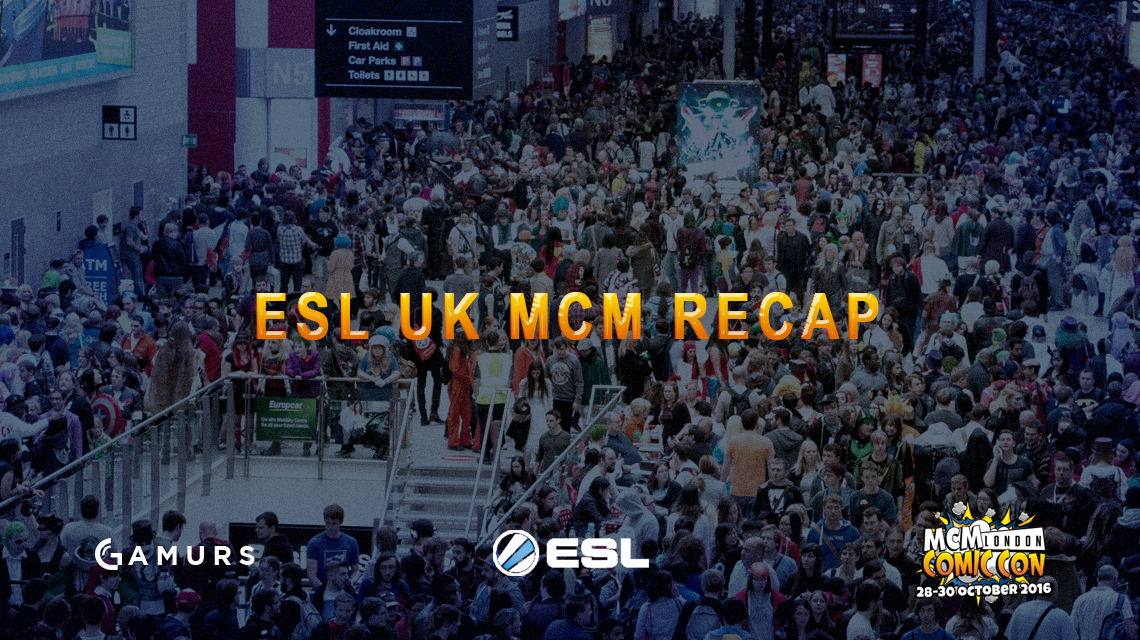 Over the course of the weekend at MCM Comic-Con in London, one of Europe’s biggest and prestigious conventions dedicated to all things nerdy, ESL was back for their series of esports set up in a small section of the convention hall, highlighting Counter-Strike: Global Offensive, League of Legends and Overwatch.

MnM Gaming was dominating in both the CS:GO and League fronts, with the latter team picking up a spot in Riot’s EU Challenger Series next year to go against the likes of PSG Esports and Schalke 04, a true test indeed as they are only one league away from the EU LCS.

Reason Gaming took home the Overwatch crown, the only game that MnM was unable to dominate during the weekend’s festivities.

After 9 games of intense @LeagueOfLegends action, we finally have your 2016 #ESLPrem Summer Season Champions, @MnMGamingUK!!! pic.twitter.com/g2MUundPYW

Day one was a relatively simple affair, with most people going to the convention to relax and take everything in. It wasn’t until day two and three that things got really hectic, especially over in the ESL section, with crowds swooping to watch the matches and see the best of British esports on display.

As an event, ESL UK provided a great entertainment package that was both helpful and insightful, providing everyone, regardless of intelligence or knowledge of the esports on display, a chance to unwind, learn and find out more about the scenes being showcased.

ESL, in my opinion, has always been a company that has looked to expand and teach. They also appear to strive to let the UK scene and the world as a whole flow well together, as well as providing entertainment above all else, which was very satisfying to see.

Thoughts from those Attending

I was able to sit down and talk with a few of those attending MCM for the purpose of visiting the attractions, and while most were there for the convention as a whole, the few of those I was able to talk to came specifically to see ESL and other esports contributers on site, like Red Bull.

One attendee felt that, “it is nice to see something like MCM try to incorporate esports to the masses” and would go on to say he, “wished for more things like this in the future.”

Jack Raul from Manchester felt that, “while [ESL’s section] was up in a corner out of place, I can still feel like I can go there whenever and just enjoy myself, which is neat.” Berry Harold added,  “that it was out of place being at a Comic-Con, but cool all the same.”

The overall approach was positive from the community, but it’s worth mentioning that the majority of those attending felt that they had no clue what was going on. That actually is a testament to all things esports, where there appears to be some form of learning curve to understand the individual details of the games at hand. But, on the other hand, this can be said about any sport really; rules exist for a reason.

I believe that ESL has been around long enough to know what they are doing. I think we all can grow complacent at times, but as long as there are those going on the right track towards a goal, then companies like ESL can continue to grow, expand and conquer, while supporting the scene. ESL’s event began as a small kitten but grew into a lion of fun that I hope to see more from in the future.