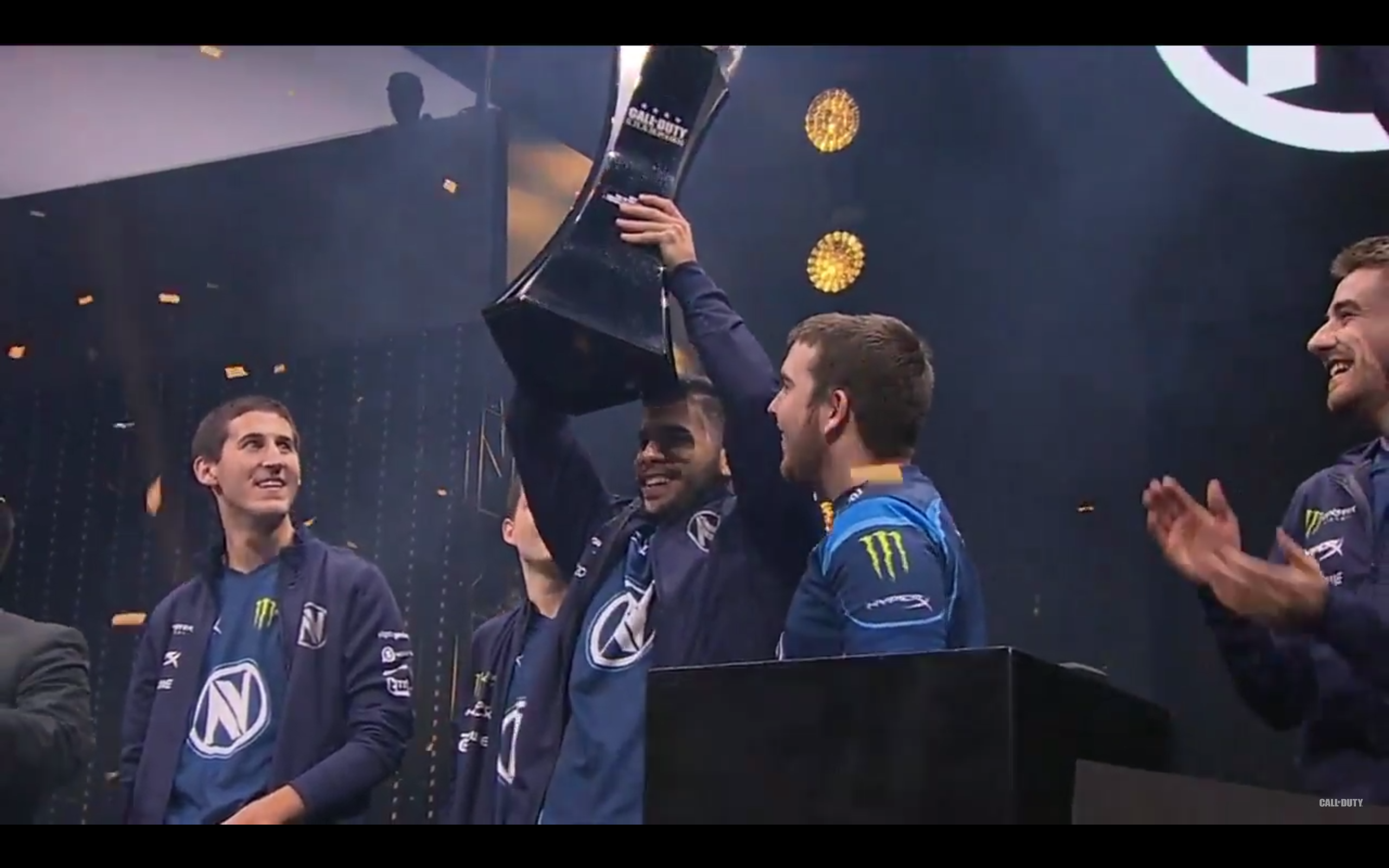 After a disappointing 2015 campaign saw them fail to reach the top eight, a brand new roster featuring 2015 world champion Jordan Kaplan, Austin “SlasheR” Liddicoat, Johnathon Perez and Bryan “Apathy” Zhelyazkov saw them emerge from the pack as a strong contender for the World Championship throughout the Call of Duty World League.

Splyce ended up as the surprise package of the whole tournament in reaching the final, the first non-U.S. team to do so in the four year history of the competition. Before 2016 the United States had had a stranglehold on the game, with no team from outside the U.S. even reaching the final four.

For EnVyUs, the title has been a long time coming. Only Optic Gaming and Epsilon Esports share the record of appearing in every Call of Duty World Championship, but only EnVyUs had reached the final more than once. Up until now, their third appearance in the grand final, they had yet to claim the trophy.