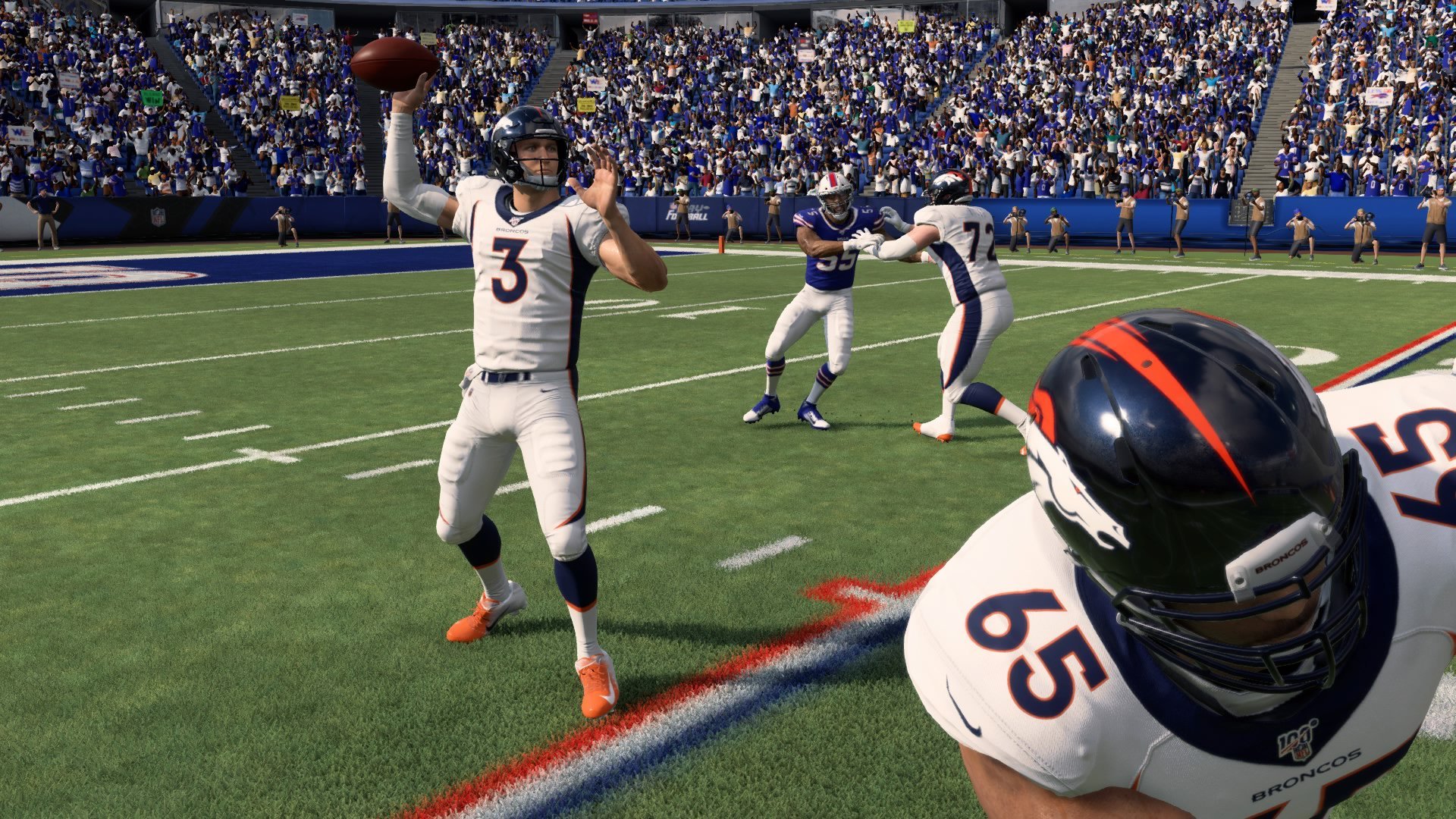 The Denver Broncos’ week one starting quarterback position is a dead heat between two players: Drew Lock and Teddy Bridgewater.

Bridgewater is coming off a solid season as the quarterback of the post-Cam Newton Carolina Panthers. He comes to the Broncos looking to unseat Lock, the team’s 2019 second-round draft pick

In the next edition of EA’s football simulation series, Madden NFL 22, you can be the decision-maker in franchise mode or Ultimate Team.

Lock hasn’t blown anybody away, but the third-year player is looking to enter the upcoming season with a starting job and a bounceback year. In 2020, Lock was tied with Carson Wentz for the most interceptions in the NFL. He also had the lowest completion percentage among quarterbacks who received significant playing time.

The 2020 struggles Lock endured contributed to the quarterback’s low rating of 70 in Madden 22.

This puts Lock among many of his contemporaries that are holding on or fighting for starting jobs despite consistently poor performances. The Chicago Bears’ Nick Foles is the only other quarterback with a 70 overall rating.

Carolina’s Sam Darnold is a 71 overall, just above Lock. Both quarterbacks are in a similar position in the NFL and in Madden. Each player is a budget option that won’t be desirable in franchise mode. Lock has marginally better speed and a better team around him with the Broncos, though.

Here is Lock’s overall rating in Madden 22 following the launch of the game.