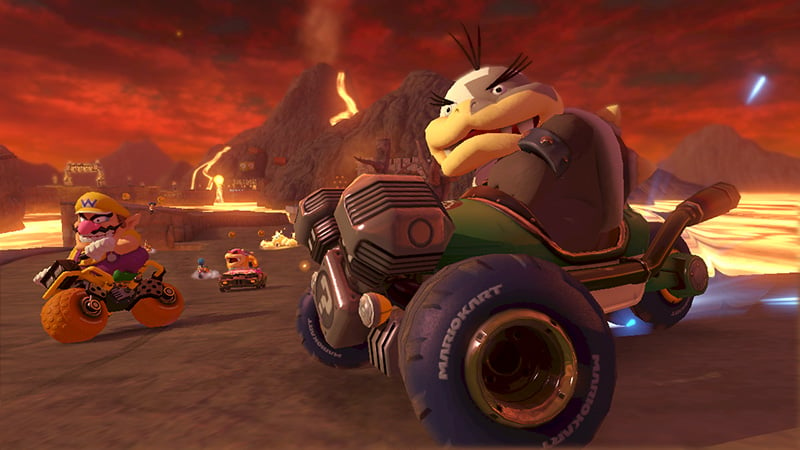 The next esport to hit television won’t be Counter-Strike: Global Offensive or even League of Legends—it’s Mario Kart 8.

The popular racing game featuring a wide range of characters from popular Nintendo titles and a bevy of frustration-inducing items will be broadcast on Disney XD TV in an hour-long special dubbed “Clash of Karts: Mario Kart 8” on Dec. 5.

Thee show will feature a Mario Kart 8 competition between two teams of young teens coached by a staff of YouTube stars including Mari Takahashi from Smosh and popular MineCraft YouTuber Seth Bling. The event will feature a live audience of some 50 children. It’s the second video game competition coming to Disney XD this year after the one-hour Nintendo World Championship 2015 special on Oct. 16.

“Our first experiment earlier in the year was a formal event that was like a decathlon of esports,” Marc Buhaj, a Disney XD executive, told Fortune. “We wanted to focus on a single game with this special and have a more intimate event.”

To many esports enthusiasts these competitions hardly count as esports, a growing industry where millions of fans tune in to watch pro gamers compete for millions of dollars. But competitions like this serve as a potential entry point into a wider and younger audience of video game players.

“Esports is something that’s blossoming, but it’s still early days,” Budaj said. “How it’ll be covered for the kids’ audience is still something that remains to be seen.”

Disney seems to be taking the esports phenomenon seriously. Disney XD, for example, recently renewed Gamer’s Guide to Pretty Much Everything for a second season after it proved a hit with young boys. A comedy series for preteens about a former pro gamer who has to go to school after suffering a thumb injury, it often glorifies gaming and esports competition rather than denigrating it like many other portrayals in mainstream media.

Disney’s biggest vote of confidence in esports, though, comes from sports network ESPN, which aired a big esports competition earlier this year with the collegiate Heroes of the Storm tournament, Heroes of the Dorm. ESPN is also hiring esports experts to boost its editorial coverage.

For now, though, we’ll see a Mario Kart 8 exhibition between a bunch of teens. The game itself actually isn’t bad for competition, whether in direct head-to-head multiplayer races or through time trials and speedruns. And it’s an introduction for the next wave of esports fans and players.