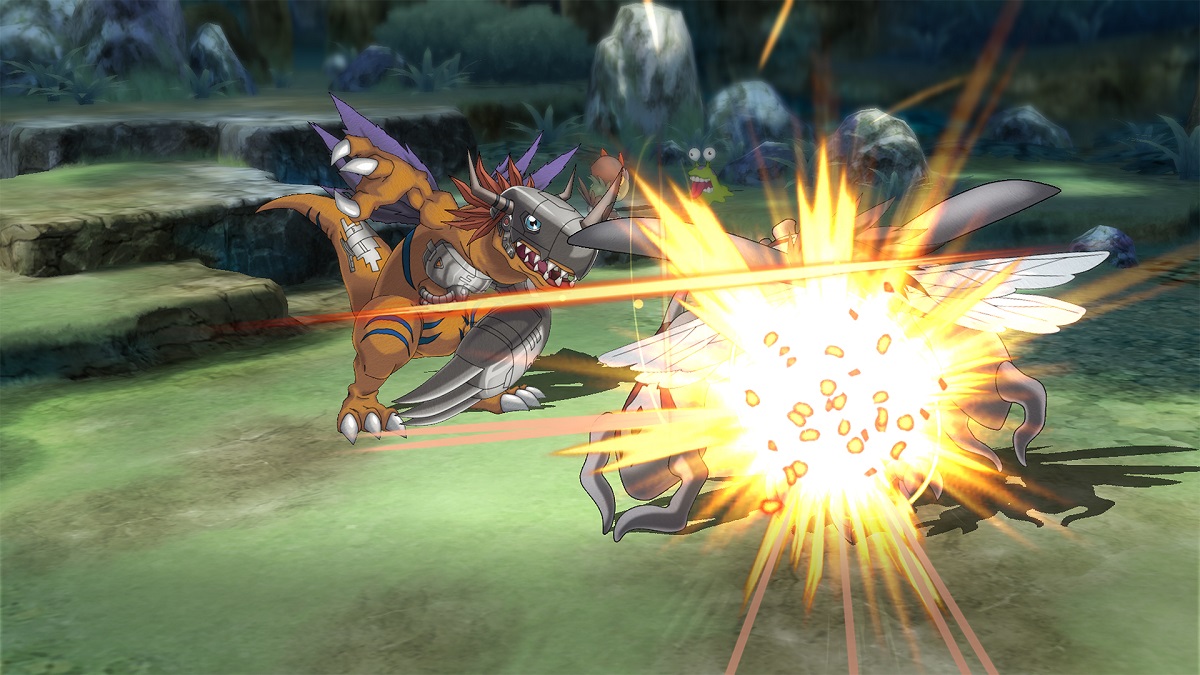 The newest Digimon game, Digimon Survive, is a departure from the series’ typical formula, evolving into a visual novel with elements of role-playing and tactical battling fans are familiar with.

Digimon Survive will release first in Japan on July 28, followed by a worldwide release on July 29. It’s coming to PlayStation 4, Xbox One, and Nintendo Switch.

A new story-focused direction puts the player in the shoes of Takuma Monozuka who’s brought into an adventure through the Digital World. With the release imminent, details on the Karma system were shared on the PlayStation Blog today.

This Karma system represents the primary theme of the game, that Digimon are a “reflection of what’s inside the human heart,” producer Kazumasa Habu said.

Decisions made in the story will affect three factors: Karma, Affinity, and Digivolutions.

Karma values are changed as players make decisions from simple dialogue choices to how the player navigates battles. Karma is broken down into three types: Moral, Harmony, and Wrathful.

Harmony is represented by green and increases when the player makes a decision that involves compassion, peace, or cooperation. A high Harmony score is tied to your Digimon’s Data attribute. Moral score affects a Digimon’s Vaccine attribute and is represented by yellow. This score is changed through the various moral decisions players can make. The player’s Wrathful score will mesh well with a Digimon’s Virus attribute. It’s affected by the player choosing bold or direct decisions.

Each of these attributes found on Digimon plays a role in how the player interacts with them. During a battle, the player can talk to the Digimon and is presented with different dialogue choices that relate to their personality. A higher Karma score in the area that relates to the Digimon will increase the odds of success.

Managing the different Karma scores will change how progression works, which leads to many different gameplay options.